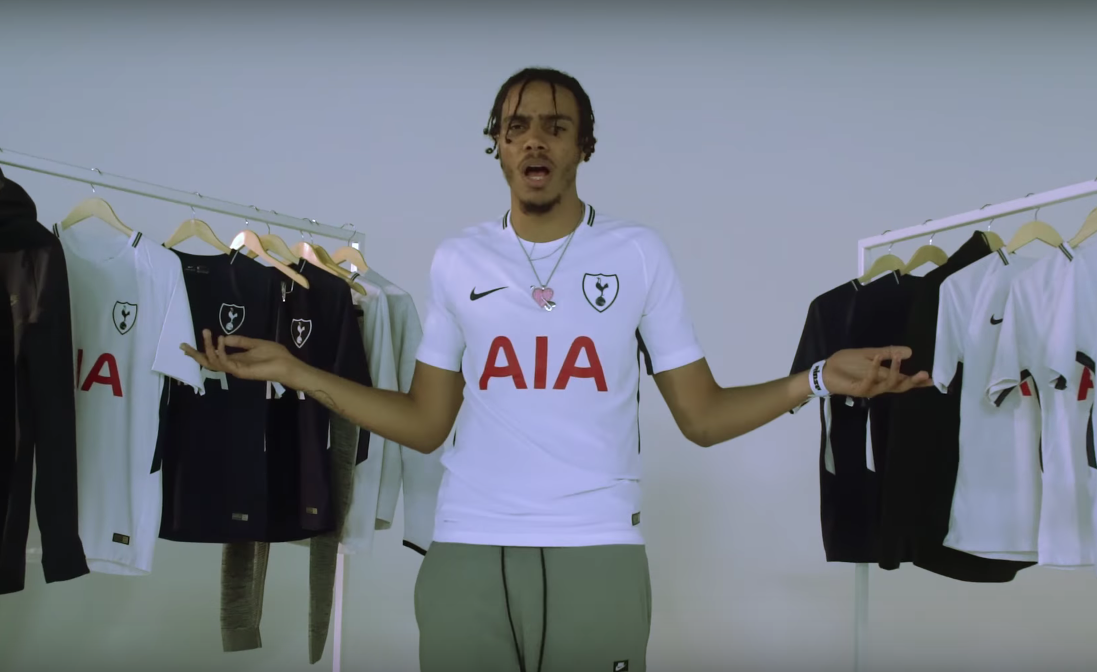 The Ladbroke Grove rapper has been the face of Nike and Tottenham Hotspur’s 2017/18 kit reveal and he debuted his latest track, ‘False 9’, at the launch party for Spurs’ new strip in London on Friday night.

‘False 9’ is a banger that’s littered with references to Tottenham Hotspur, FIFA 17 and the biggest players in European football, past and present.

We combed through the bars to find every football-inspired lyric AJ Tracey penned in this latest drop. 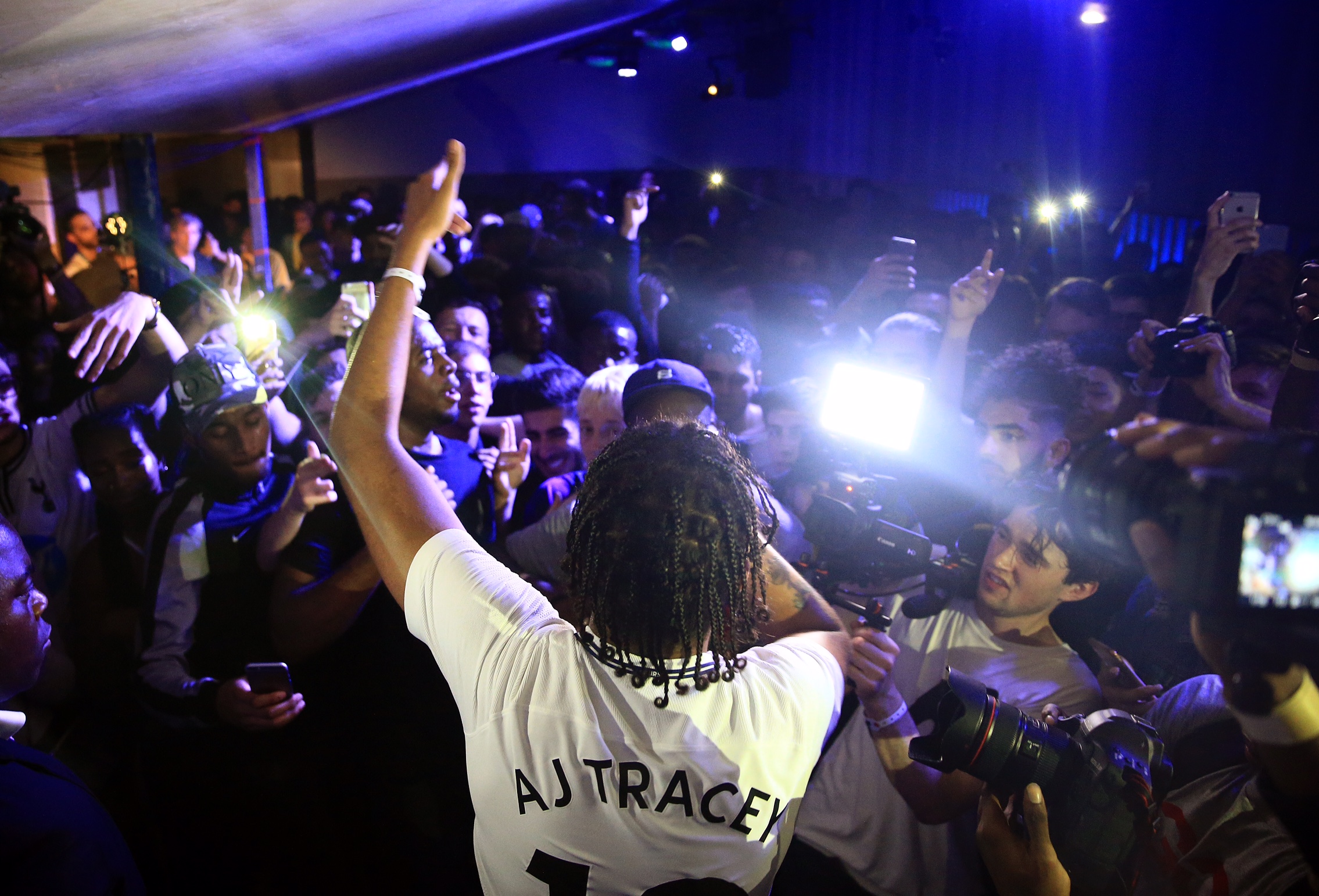 AJ uses the metaphor of playing as a false 9 to show his skill and versatility within music. He can take on anyone and humiliate them with his ability.

2. “Man can’t match this / I got fire in a box like matchsticks”

AJ drops a double entendre. “Fire in a box” also relates to the ability of a striker, or False 9, in the opposition area.

AJ’s opposition can’t look to goal-line tech to save them.

4. “My whole team on fire / White kit, see the gal dem admire / I used to hold up the line like Puyol / Bet you thought I was gonna say Dier”

He pays tribute to Spurs’ new all-white kit and makes reference to Carlos Puyol and Eric Dier, defenders past and present.

AJ’s using the ‘Ronaldo chop’ to send people the wrong way and leave them in the dust. He also references the pace of Pierre-Emerick Aubameyang, the fastest player in the world according to FIFA 17. The striker is also rumoured to be chasing a mega-money move to China, which AJ nods to.

A tribute to the legacy of Real Madrid and Portugal legend, Luis Figo.

7. “I’m a midfield maestro like Eri / Bet you thought I was gonna say Modric”

AJ says he runs the game like Spurs Christian Eriksen. The lyric also alludes to Eriksen stepping out of the shadow of ex-Spurs playmaker, Luka Modric.

8. “My chain bling like disco / Flair and skill when I flex, I’m Isco”

A shout out for Real Madrid midfielder, Isco.

AJ compares himself to the legend of Didier Drogba and midfielder Mario Gotze, who won the World Cup with Germany at just 22-years-old.

This is either a nod to Diego Costa or – more likely – Douglas Costa, the pacey Bayern Munich winger.

A shout out to young Tottenham Hotspur midfielder, Josh Onomah, who made five apperances for the club last season.

AJ shouts out ex-Tottenham wonderkid Nathan Oduwa, who is one of only 36 players with a ‘5-star-skill’ rating in FIFA 17.