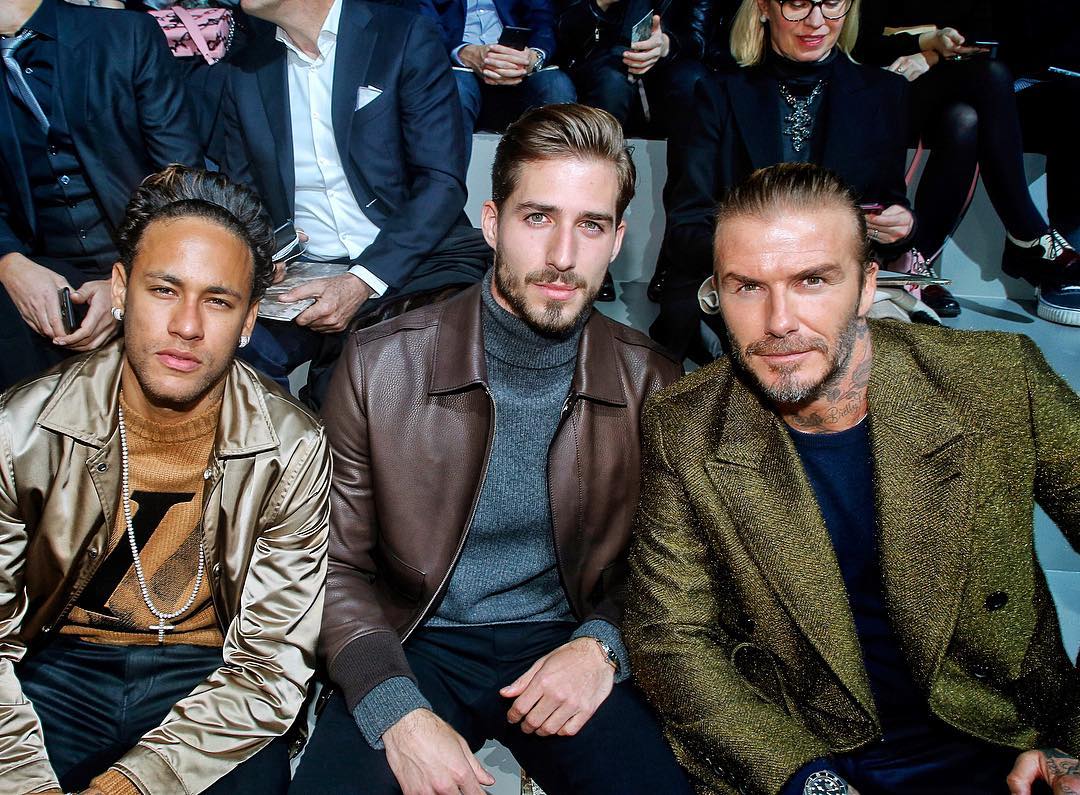 Joining a fellow PSG player in goalkeeper Kevin Trapp and a former one in none other than David Beckham, Neymar looked every inch a man on one of the highest salaries in world football.

The Brazilian forward took a front row seat, sporting a brown LV jumper and gold jacket alongside Becks, who went for a more refined plaid coat and blue jumper. Neymar followed the lead of Hector Bellerin and Paulo Dybala, who attended both the London and Milan men’s fashion weeks respectively.