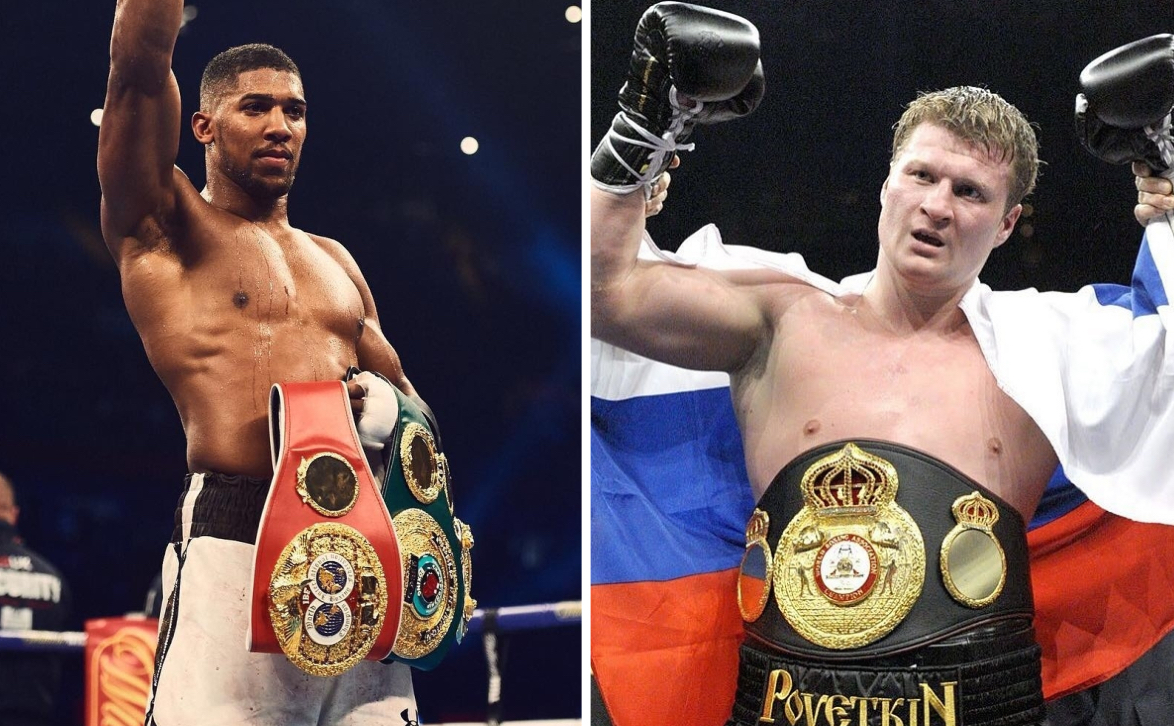 The long search for Anthony Joshua’s next opponent is finally at an end.

After months of negotiations between AJ and Deontay Wilder led to the two fighters simply circling one another, AJ’s promoter Eddie Hearn has finally pulled the trigger on securing a fight with Russian heavyweight Alexander Povetkin.

Joshua will defend his WBA, IBF and WBO world heavyweight titles against Povetkin when he returns to Wembley for the first time since dethroning Wladimir Klitschko in April 2017.

IT’S ON! @anthonyfjoshua will defend his WBA,IBF,WBA and IBO World heavyweight titles against Alexander Povetkin at @wembleystadium on September 22! New York press conf tomorrow and London on Wednesday 🇬🇧🇷🇺 pic.twitter.com/NDCn7EpgvX

The 38-year-old Povetkin is a former WBA champion and most recently knocked out David Price in ugly fashion on the undercard of Joshua vs Parker. Povetkin is currently the mandatory challengers to Joshua’s WBA crown and taking this fight now means AJ is likely to have greater freedom when selecting his opponents for future fights.