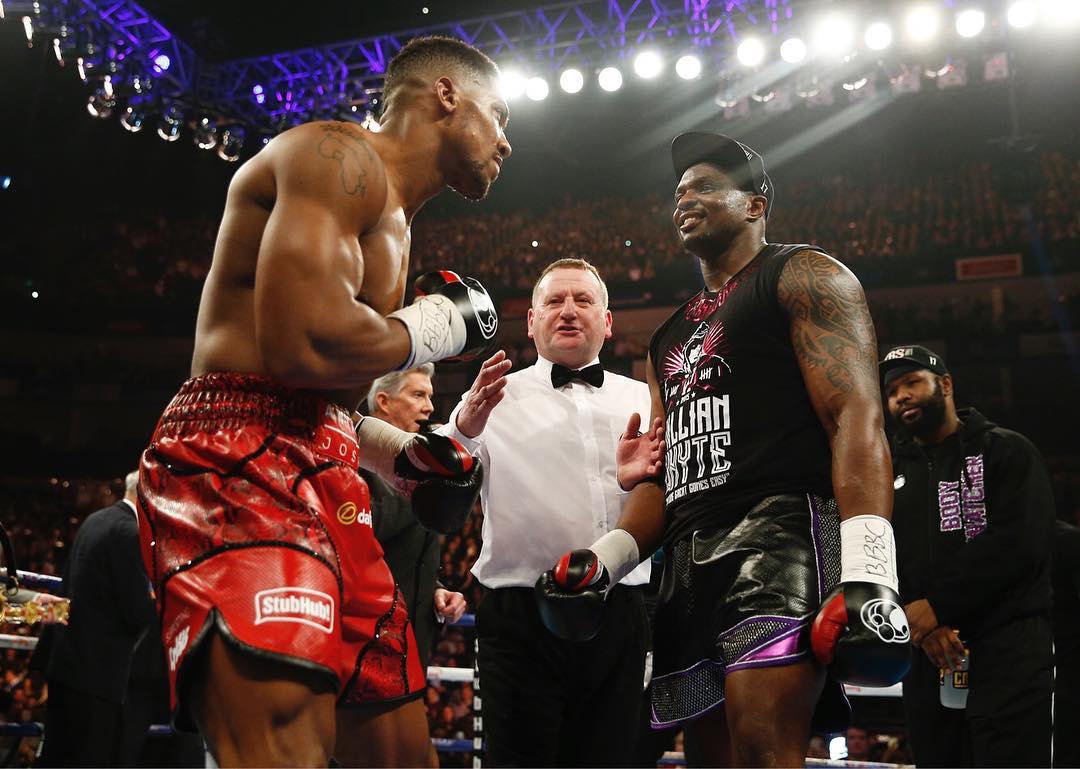 Eddie Hearn has said that Dillian Whyte is waiting in line to fight Anthony Joshua – and their long awaited rematch could go down at Wembley next year.

AJ’s next two fights have been confirmed for Wembley, with his first one looking to be the mandatory bout against WBA challenger Alexander Povetkin in September.

WBC champion Wilder has repeatedly said he’s set to take on Joshua in the second Wembley fight next April but is still yet to sign the contract.

Speaking to Sky, Hearn said: “Look at Dillian Whyte, if Dillian Whyte manages to stop Joseph Parker – you cannot deny Dillian Whyte the shot at Anthony Joshua. If Wilder does not sign to fight Joshua and Whyte wins, that’s the Wembley fight.”

Keep it locked to VERSUS for the latest on this one, and in other news, find out which young lions Gareth Southgate is looking to blood into his next England team right here.