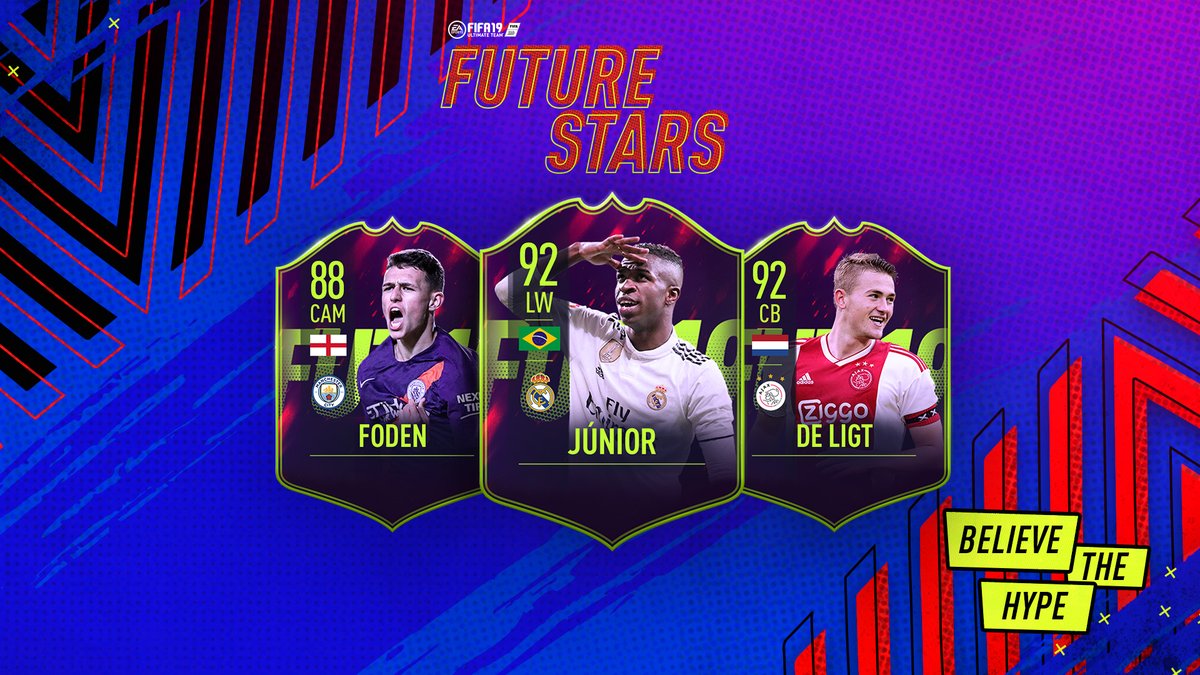 FIFA 19 are set to drop their most interesting player cards to date into Ultimate Team.

Those are the first three cards to feature in packs from Friday, with a host of other players aged “23 or younger” and “not yet established stars” set to be given boosted potential future ratings when the rest of the players revealed later today, with the rest revealed tomorrow.

.@philfoden of @ManCity, @vini11Oficial of @realmadriden and Matthijs de Ligt of @AFCAjax are FUT Future Stars!

In other FIFA 19 news, Virgil van Dijk won the Premier League Player of the Month for December and received a colossal new card to go with the award.