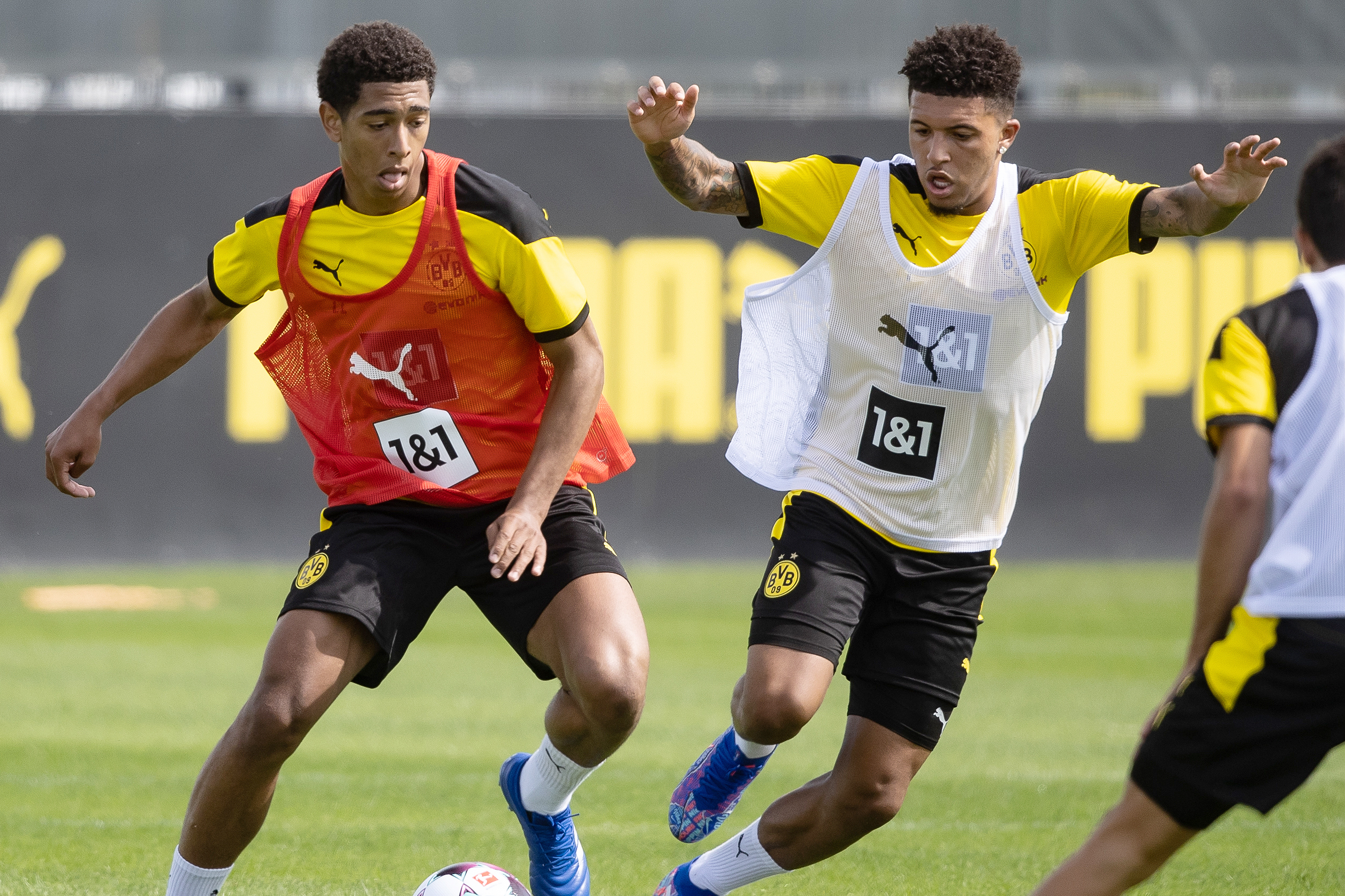 Borussia Dortmund midfielder Jude Bellingham has opened up about his time with the team so far and the importance of his fellow countryman Jadon Sancho.

The former Birmingham City player moved to Germany following interest from major clubs across Europe and became the most expensive 17-year-old in football history.

Speaking to Kicker, the youngster explained the impact Sancho has had on him during their short time together: “Sancho is really very important for me. Not only because he comes from the same country as me. Or because he speaks the same language. Even more important is how he puts his arm around me, but also around the other young players, how he encourages us in our abilities, how he gives us confidence.”

“He is a great role model for English players of my age. To receive praise and encouragement from him means an awful lot to me. It helps me a lot.”

The England U21 international has already broken multiple age records in Germany. Speaking on what the records meant to him, the youngster said, “The records are important to me and are a good indicator of how hard I am working towards my goals.”

Having featured heavily for Birmingham and playing nearly 50 games in the Championship, Bellingham was awarded Apprentice of the year and also had his jersey retired by the club.

Since being at Dortmund, he’s continued going from strength to strength featuring heavily and being a key part of the team. Now playing Champions League fixtures, Bellingham says “I’m definitely no longer an apprentice”.

“I think I’ve matured a lot both as a player and as a person in the past few months.”

With a great mixture of experience and youth, Dortmund can once again challenge Bayern Munich to the German title and Bellingham will hope he can continue to create history with the club.