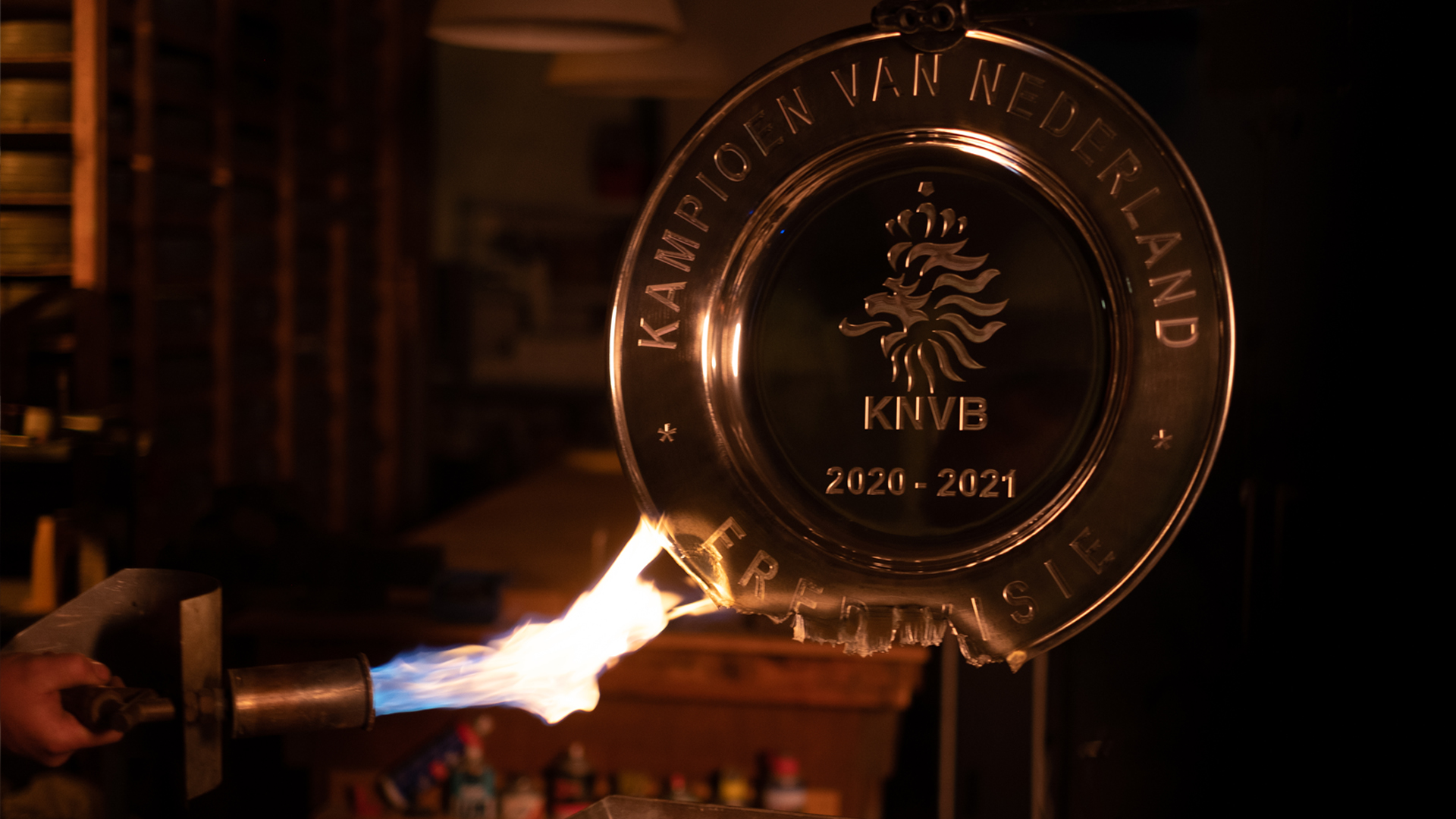 Ajax secured their are melting down their Eredivisie trophy this weekend and to celebrate, the club will be converting the trophy into 42,000 small silver stars to send as a gift for each of their season ticket holders to thank them for their support this season.

This season, Ajax played 30 of its 34 matches in the Eredivisie in an empty stadium on their way to winning both the Dutch Cup and the Eredivisie title. Despite fans being missing for the majority of the campaign, Ajax have commemorated their supporters and their eternal influence with the stars – which each weigh 3.45g, 0.06g of which has come from the trophy.

Allowing the club to physically share the championship and the 35th trophy with fans after an exceptional football year without supporters in the stadium, each season ticket holder will now receive their share of the champion trophy, or, as Ajax calls it: ‘a piece of Ajax’.

Ajax captain Dusan Tadic: “Playing in an empty stadium doesn’t compare with an atmospheric Johan Cruijff ArenA. We have really missed our supporters over the past season here in Amsterdam and during all our matches. We therefore want to dedicate this title to our fans and can’t wait to play in front of them again.”

General Director Edwin van der Sar: “This season, we have largely had to play without our fans. Well, without them sitting in the stands, at least. Despite this, we have felt their support every week. On the way to the stadium, on social media and in our personal contacts.”

Literally. For you. ?#XXXV pic.twitter.com/Bllbh9M4tA