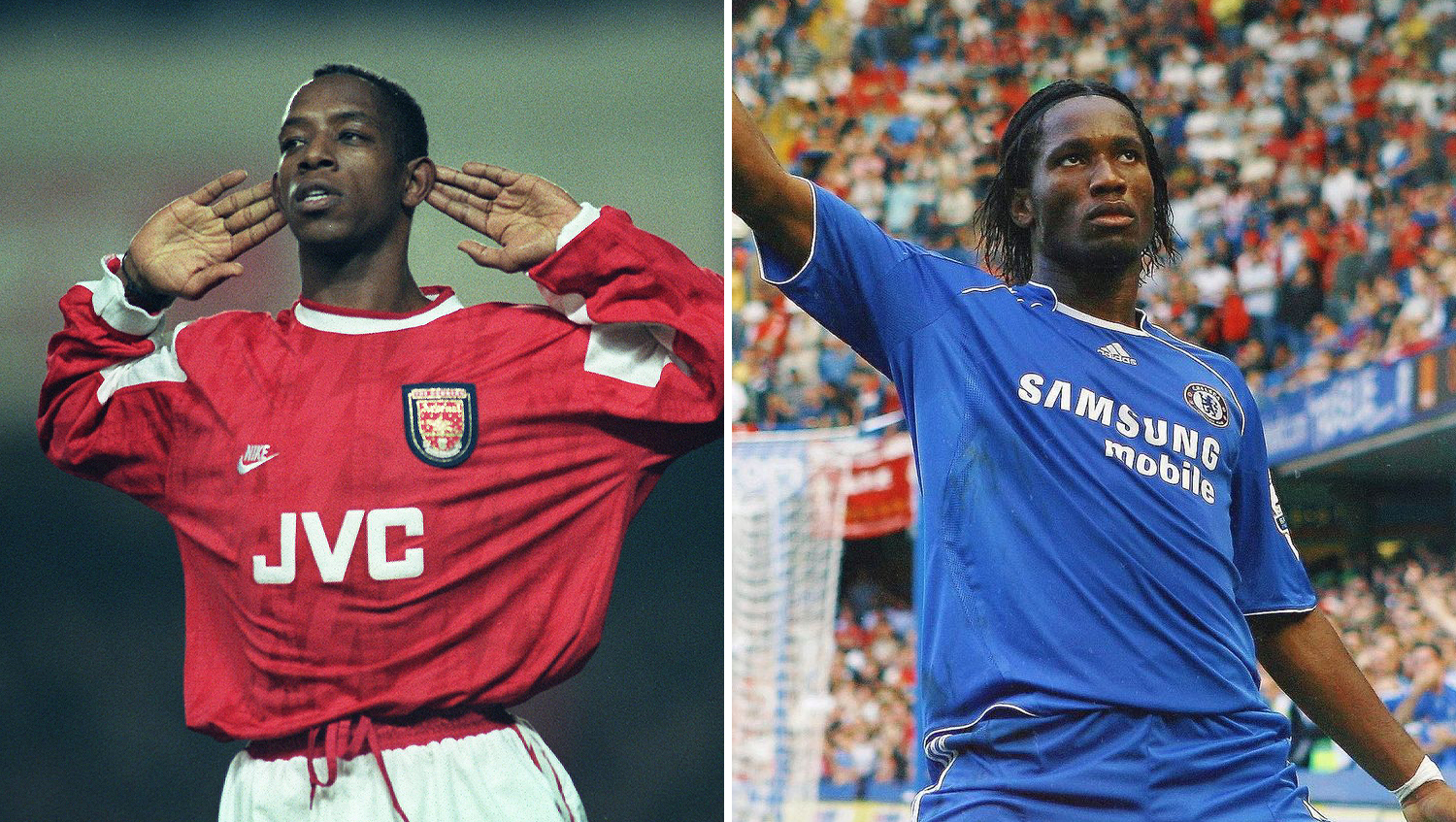 Three of the Premier League’s most legendary bagsmen in Ian Wright and Didier Drogba have joined the Premier League Hall of Fame, with City legends Sergio Aguero and Vincent Kompany and United icons Peter Schmeichel and Paul Scholes joining them as the latest inductees.

Each of the certified ballers were selected by the public, through an online vote, and the Premier League Awards Panel. They join Wayne Rooney and Patrick Vieira as this year’s inductees and will be formally honoured at an event in London this evening.

The Hall of Fame recognises and celebrates the exceptional skill and talent of individuals who have graced the Premier League since its inception in 1992. It is the highest individual honour awarded to players by the League.

Wrighty instantly became a fans’ favourite after signing for Arsenal from Crystal Palace in 1991, thanks to his ice cold eye for goal and never-say-die attitude. The club’s top scorer six seasons in a row, he broke Cliff Bastin’s record to become their leading scorer of all time, a feat only bettered by Thierry Henry.

Ian Wright said: “It’s a real privilege to be inducted into the Hall of Fame. You have to remember that for the majority of my football journey, I never thought I’d become a professional footballer. So to do that, enjoy the times I had with the fans and my teammates and now to receive this accolade, is a true honour. I feel really humbled.

Didier Drogba was a four-time Premier League champion with Chelsea and was the ultimate big game player. The centre-forward was capable of scoring every type of goal secured to Premier League Golden Boots to his name, in 2006/07 and 2009/10. Dider racked up a total of 104 goals in 254 League appearances during two spells with the Blues.

Drogba said: “It is a real honour for me to have been inducted into the Premier League Hall of Fame. My years with Chelsea were so special to me, and I’m incredibly proud of everything we won as a team.

Thierry Henry and Alan Shearer became the inaugural inductees into the Premier League Hall of Fame, before being joined by David Beckham, Dennis Bergkamp, Eric Cantona, Steven Gerrard, Roy Keane and Frank Lampard who were selected following a fan and panel vote to complete the ‘Class of 2021’.

Take in all the Hall of Fame content via www.premierleague.com/halloffame