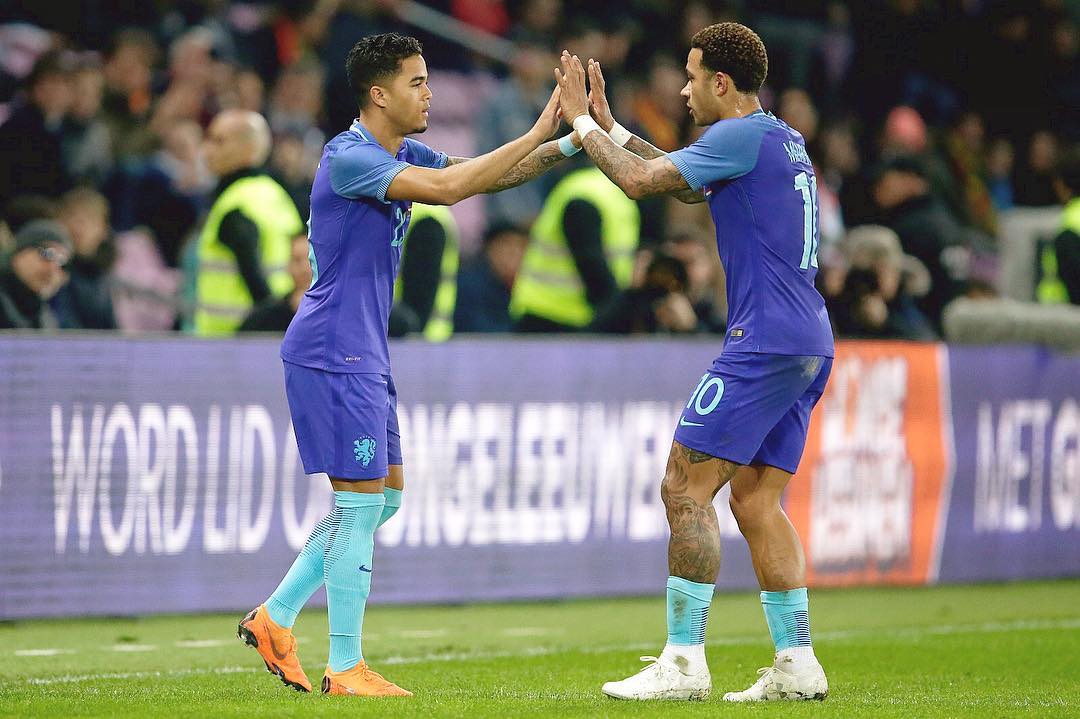 Justin Kluivert is following in his father’s footsteps after making his full Holland debut last night.

24 years after Patrick Kluivert made his debut at the same age, Justin Kluivert entered the action in the 78th minute looking like the spitting image of his dad.

The pair have now become the only father-son combo to represent the Netherlands at international level at the age of 18.

Kluivert Jr. took to the field wearing personalised Nike Mercurial Superfly 360’s in a 3-0 win over Portugal, with the Holland flag and his name on the instep. Check them out below.