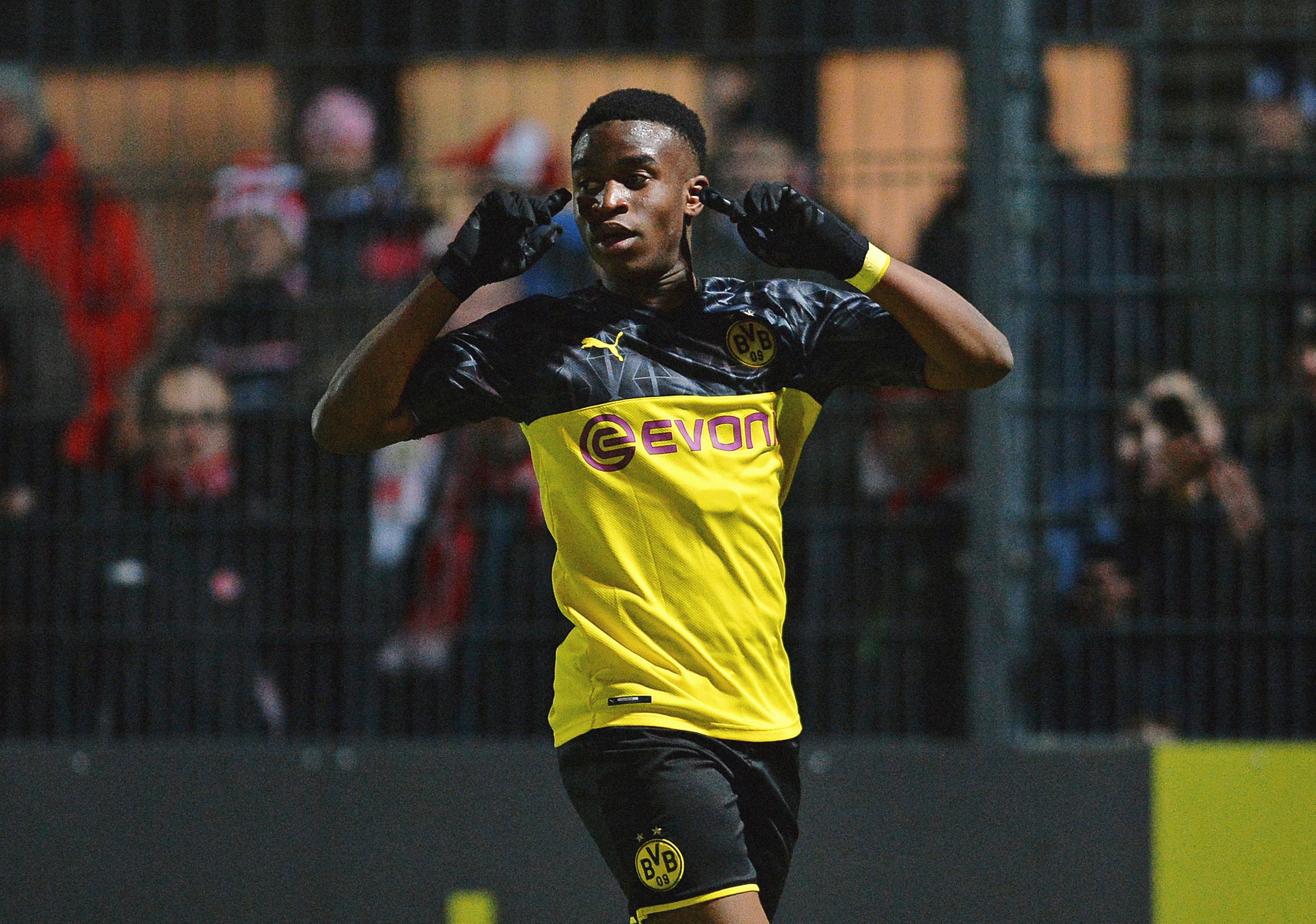 Borussia Dortmund’s certified wonderkid Youssoufa Moukoko has been called up by Germany to play for the DFB’s U19 national team – a side three years above his age group – for the first time.

The BVB bagsman will link up with the team for their qualifiers against Wales, Austria and Serbia at the end of March, which means he can now also feature for Dortmund in The Bundesliga.

The youngest player in BVB history to feature for the senior side is Nuri Sahin, who made his Bundesliga debut on August 6, 2005 at the age of 16 years and 335 days. While players must either have reached the age of 18 to play for the seniors, players who represent U19 set-ups internationally also receive the green light for the Bundesliga – paving the way for Moukoko to potentially become Dortmund’s youngest-ever player.

Moukoko has been backed by Dortmund boss Lucien Favre to step up to the senior team in the coming months, with the Swiss manager saying: “We have a plan with him, but I can’t say exactly when he’ll be with us. Maybe in March, but we still have to wait for a few things.”

Moukoko, born in 2004 (!), is wreaking absolute havoc statistically. In 26 games across all competitions this season, he’s bagged 35 goals and earned 9 assists in one of the most ridiculous records in European youth level football, and destined for greatness in the future at senior level.

In other young baller news, Kylian Mbappé has revealed that he nearly joined Chelsea as an 11-year-old.