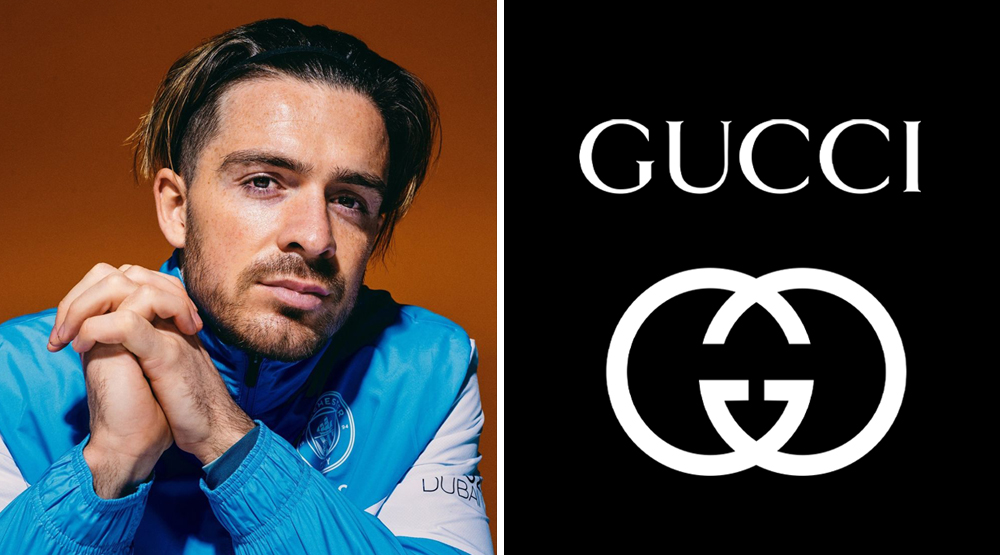 Grealish remains the most expensive British footballer of all time last year when he joined Manchester City from Aston Villa for £100 million – with his massive raise in profile seeing him go on dominate social media feeds and sign a clothing deal with Boohoo MAN.

Now, Grealish looks set to level up from fast fashion to high-end luxury by signing a huge ‘seven-figure’ deal with the Italian fashion house, as reported by David Ornstein in The Athletic.

Grealish will likely become a Global Ambassador for the brand in a move that will elevate his global appeal to new heights.

Gucci will undoubtedly have been eager to tap into Grealish’s dominance of the Tik Tok algorithm, with videos uploaded by Manchester City featuring the Birmingham-born baller regularly racking up millions of views, in a similar mantle to their successful partnerships with Francis Bourgeois and Harry Styles.

Grealish has often been spotted donning Gucci pieces over the last few years – but a British sportsperson becoming an official ambassador of the luxury Italian company is totally unprecedented, with the label moving away from more conventional partnerships with actors and musicians.

With the likes of Megan Rapinoe, Marcus Rashford and Kylian Mbappé having recently signed similarly high profile deals with Loewe, Burberry and Dior respectively, Grealish x Gucci is another indicator of football’s global and commercial influence on fashion being bigger than ever.