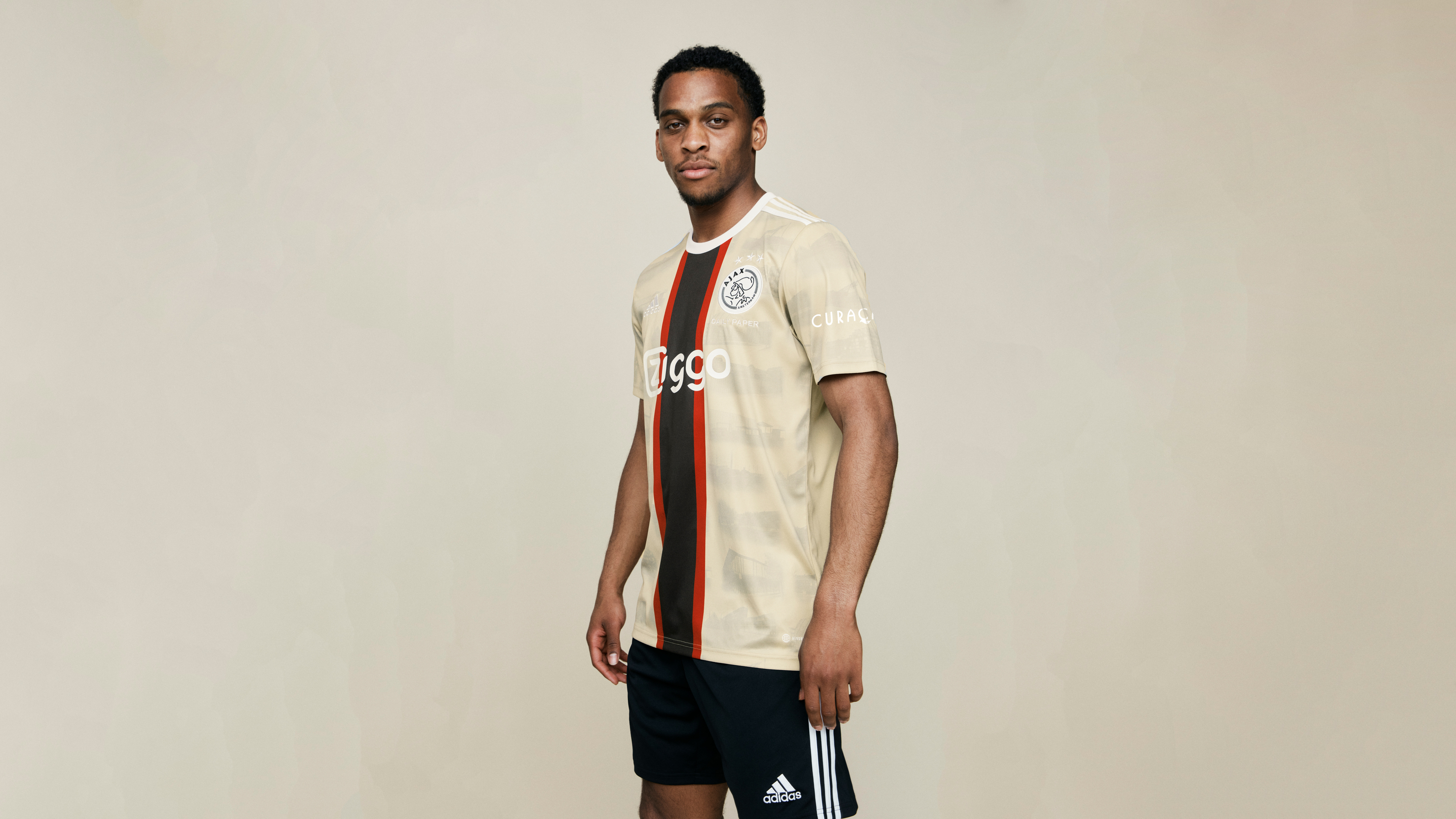 Just as prophesied by VERSUS back in January 2020, it was only right for Ajax and one of their city’s sickest brands to collaborate on a kit together – and by working closely with adidas on the design, the trio celebrate Amsterdam’s unique street football culture and its golden generation with the new design.

Recognising Amsterdam’s golden generation’s impact on the sense of belonging and community in the city, the predominantly golden jersey features smoky black watermarks of 9 of Amsterdam’s most prominent street football courts. The red and black vertical bar, and white Ajax crest and sponsor logos, reflects the colours of the loved city flag while mirroring the vertical red bar of the iconic Ajax home jersey.

The infamous football courts seen on the jersey – known as ‘pleintjes’ in Dutch – continue to be a breeding ground for world class talent born and raised in Amsterdam. According to many, it is where the attacking playing style Ajax is known for is rooted.

The Dutch capital has not only fostered world class ballers, with an exciting wave of creatives and one of the biggest upcoming brands in Europe – Daily Paper. Now firmly established as one of the strongest streetwear brands in the game, Daily Paper was founded in the city, with the brand’s founders intrinsically experiencing the impact and importance the city’s street football courts are to the community.

Growing up watching the golden street football generation sparked their imagination to dream, to be great, to be iconic, to one day, be global and achieve to be our best selves whilst uplifting the community. With the brand mission being ‘Create a community of belonging rather than exclusion’, the collaboration of Daily Paper with adidas and Ajax was a natural step to champion the city’s love for football, youth and community.

As another key feature of the kit, Daily Paper reinterpreted Amsterdam’s coat of arms, which sits on the neck of the kit. The motif features Ajax and Daily Paper branding, the year Amsterdam was founded (1275), Amsterdam nicknames Mokum and Damsko and Pan-African colours, reflecting the African heritage of Daily Paper.

The retail version of the kit features the Daily Paper sign-off under the Ajax crest of both jersey and shorts, but to regulations of governing bodies, the Daily Paper branding and neck detail will not be visible on the product worn by the team.

You can cop the adidas x Daily Paper Ajax Third kit now via ajax.nl/shop, in the Ajax fan shops (ArenA and Kalverstraat), adidas.com, dailypaperclothing.com, in Daily Paper’s flagship store in Amsterdam (Bilderdijkstraat) and through selected retailers around the world. Get a closer look at the jersey below. 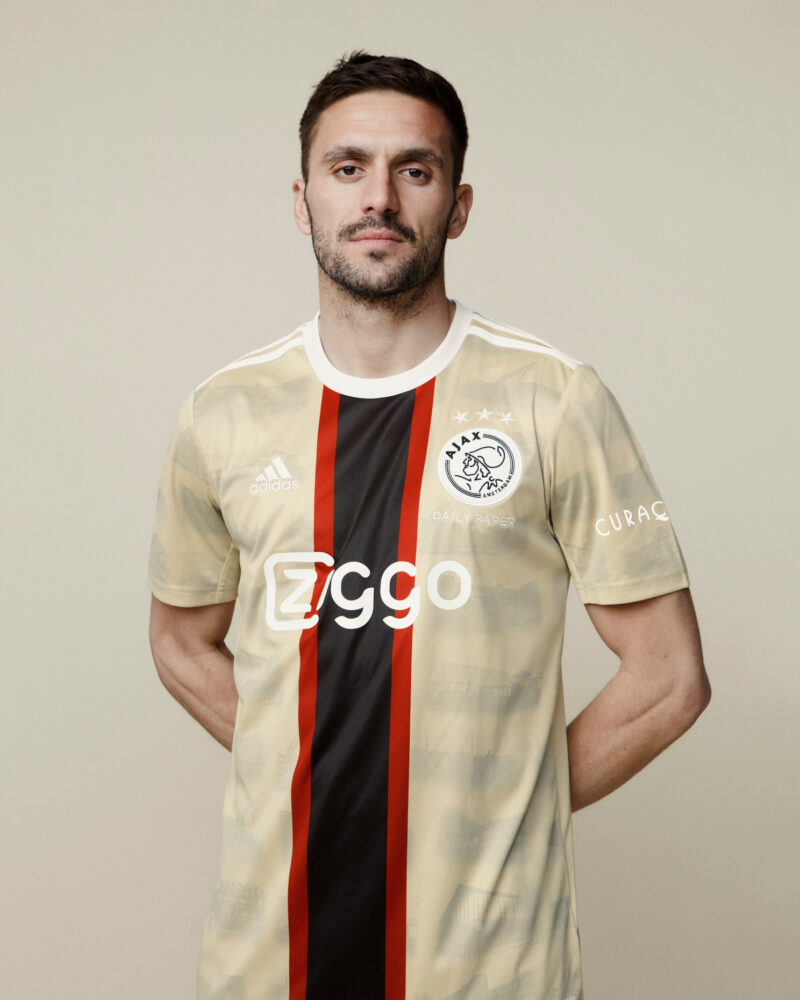 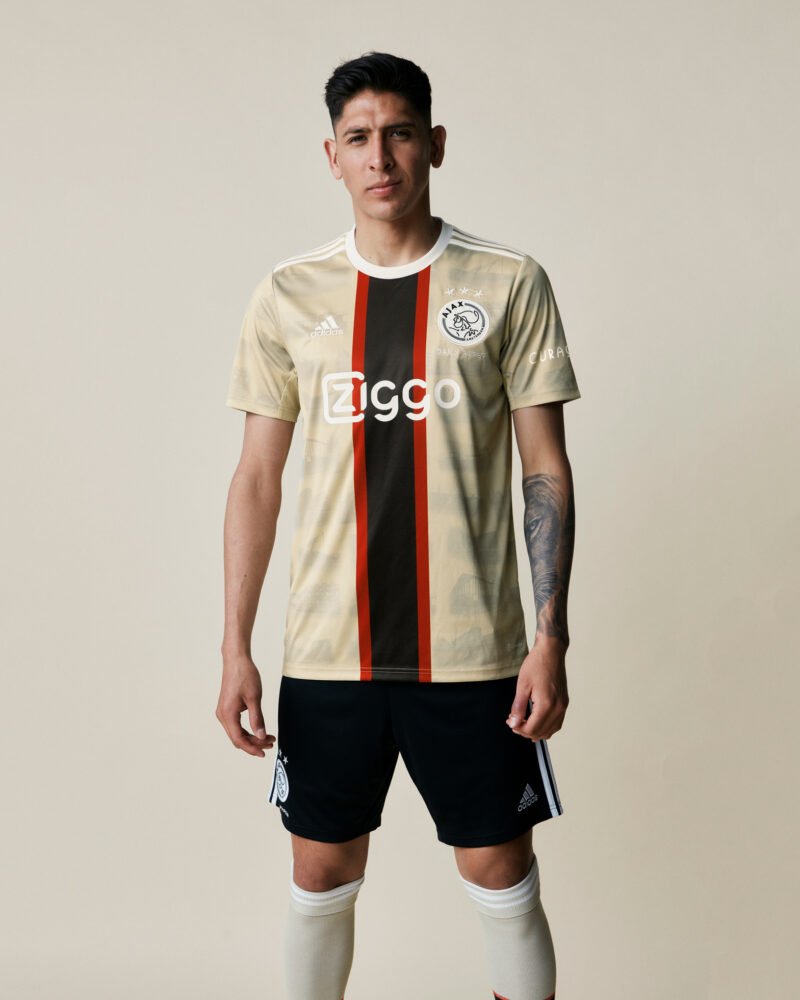 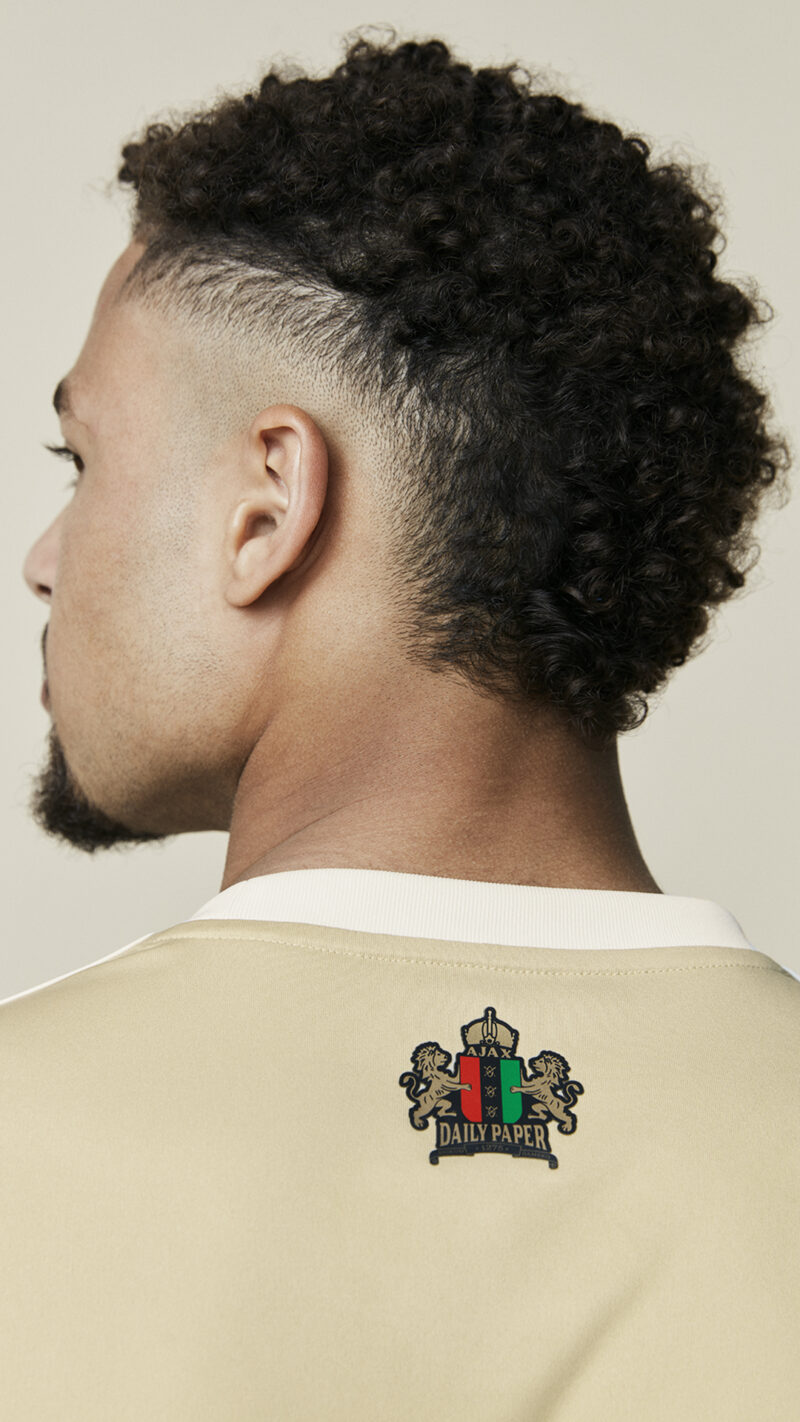 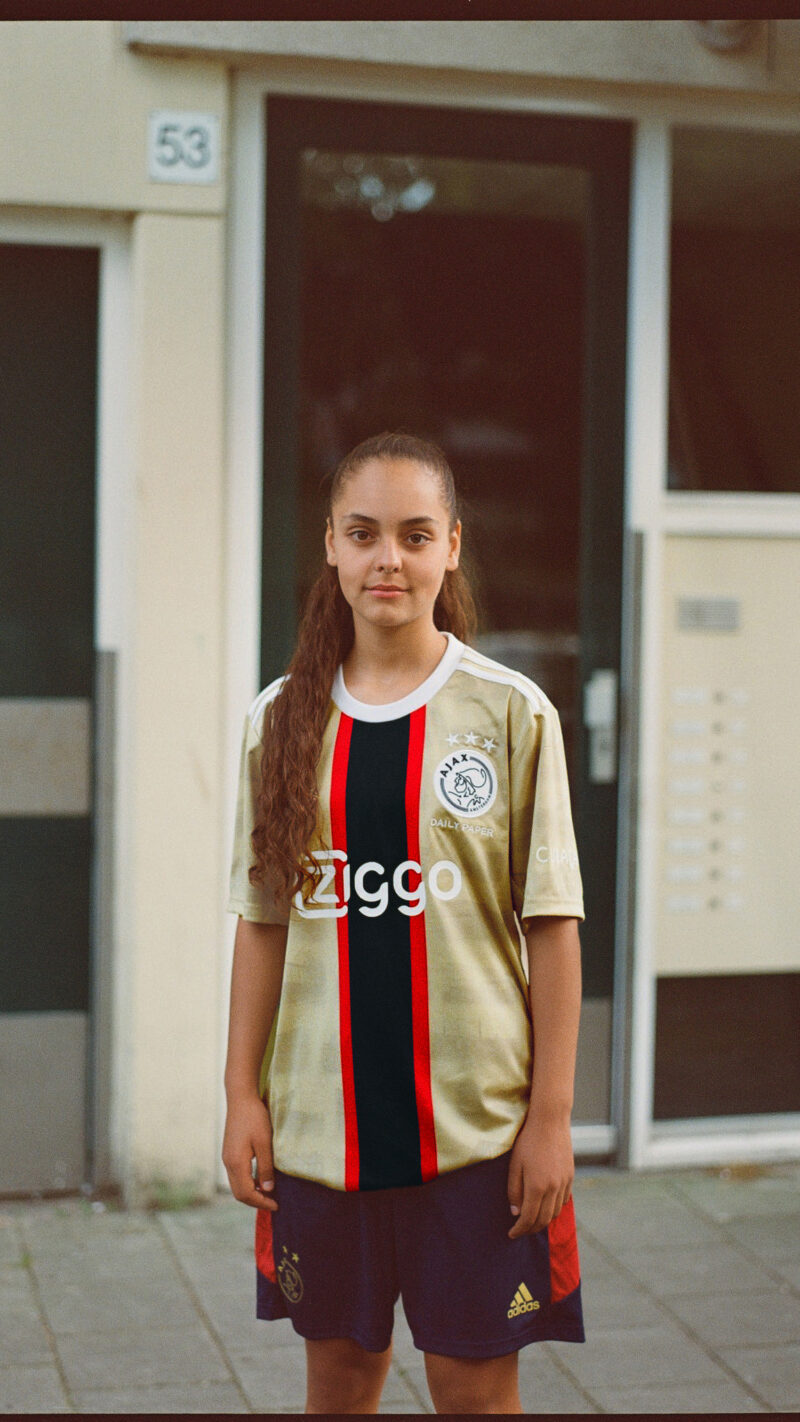 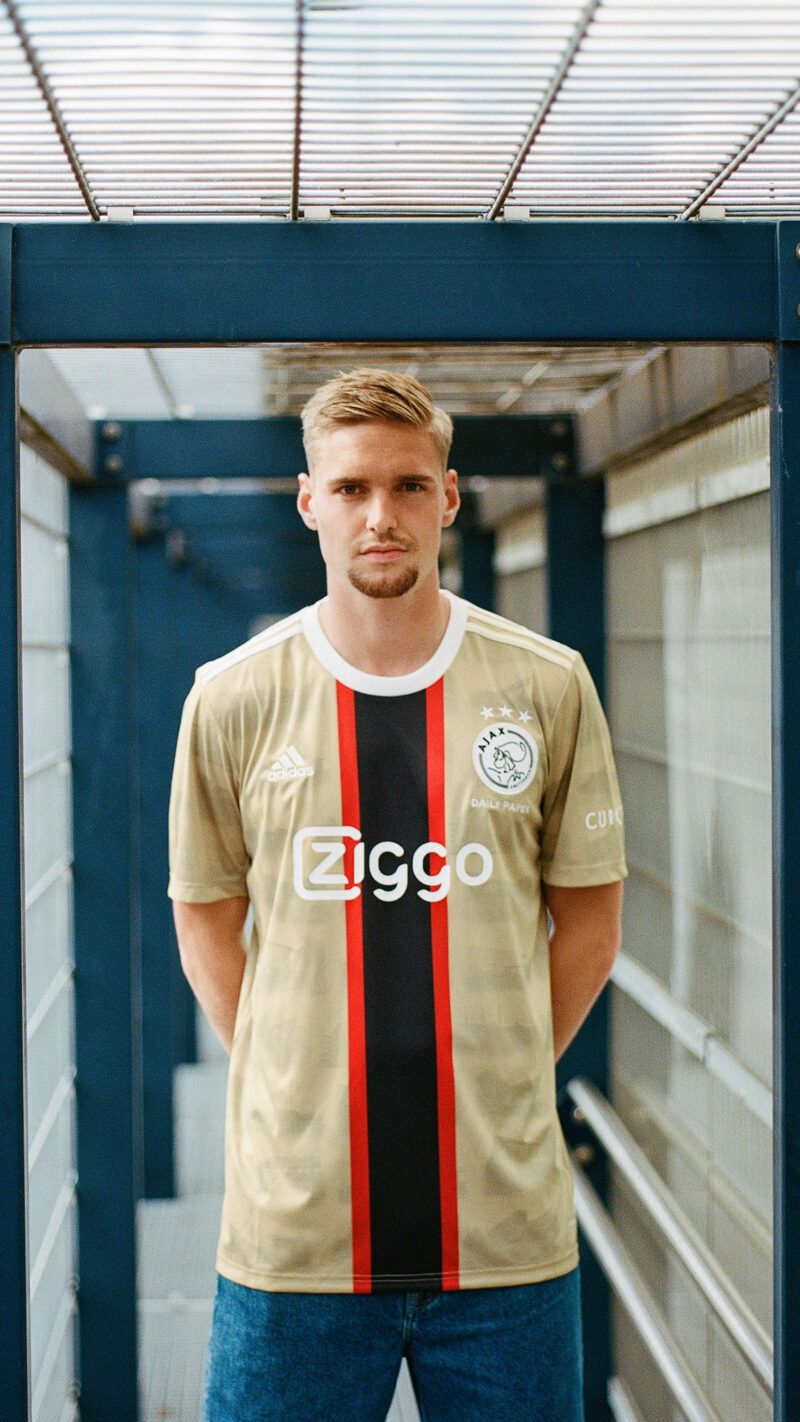 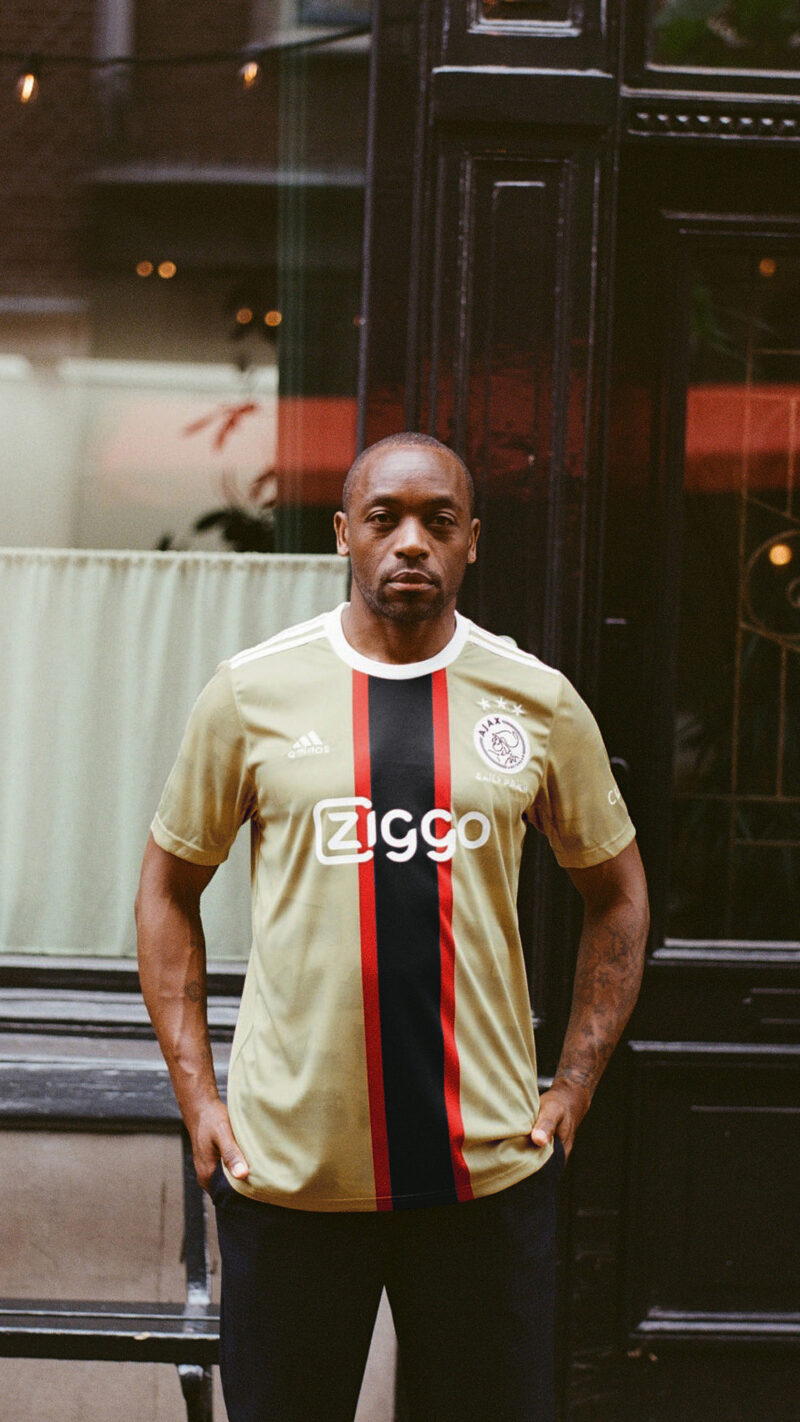 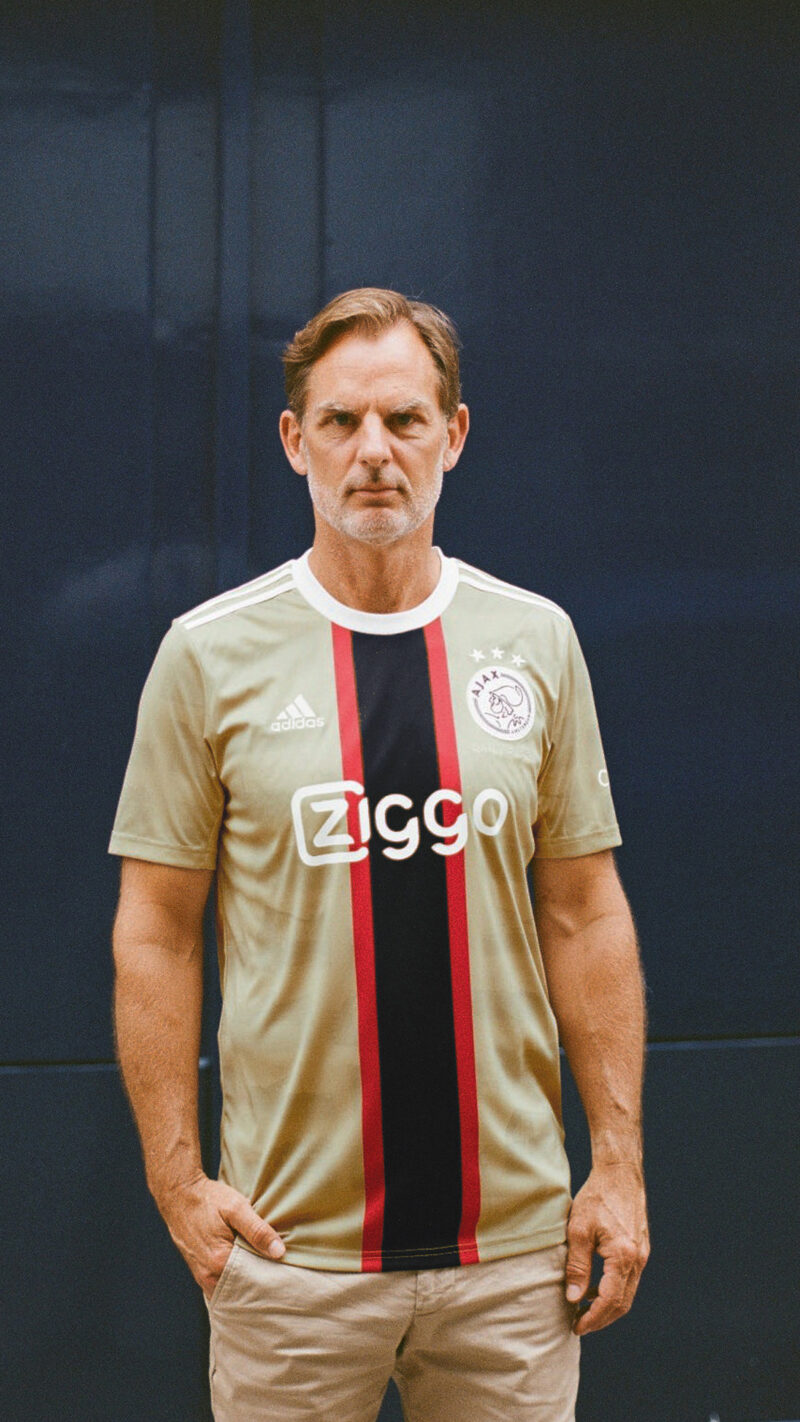