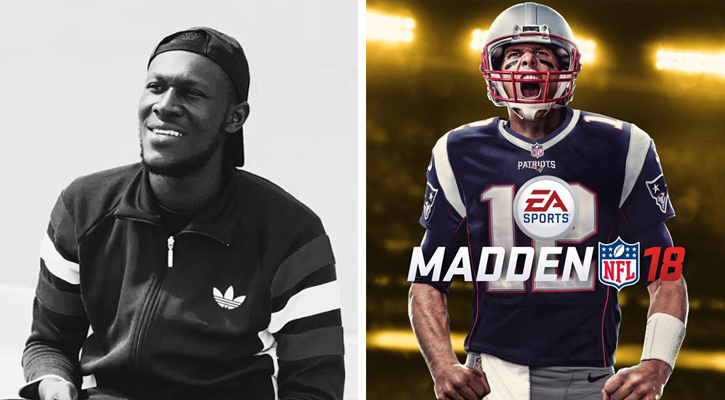 Madden NFL 18 is set to drop at the end of August, but to tide you over until the soundtrack to the latest release has dropped for you to get turnt to.

Among the stacked roster of A-list US hip-hop artists however is a couple of inclusions of UK artists who are clearly making waves on both sides of the Atlantic right now.

Stormzy and J Hus are both having huge years and it’s clearly not gone unnoticed. Each artist dropped their debut album in the first half of 2017 to rave reviews, and both supply the perfect sound to help fire up gamers taking to the new instalment of the Madden NFL franchise.

With new tracks added every week to Madden Music Mondays throughout the season, we could even see more UK tracks being repped on the game which drops on the PS4 and Xbox One 25th August.