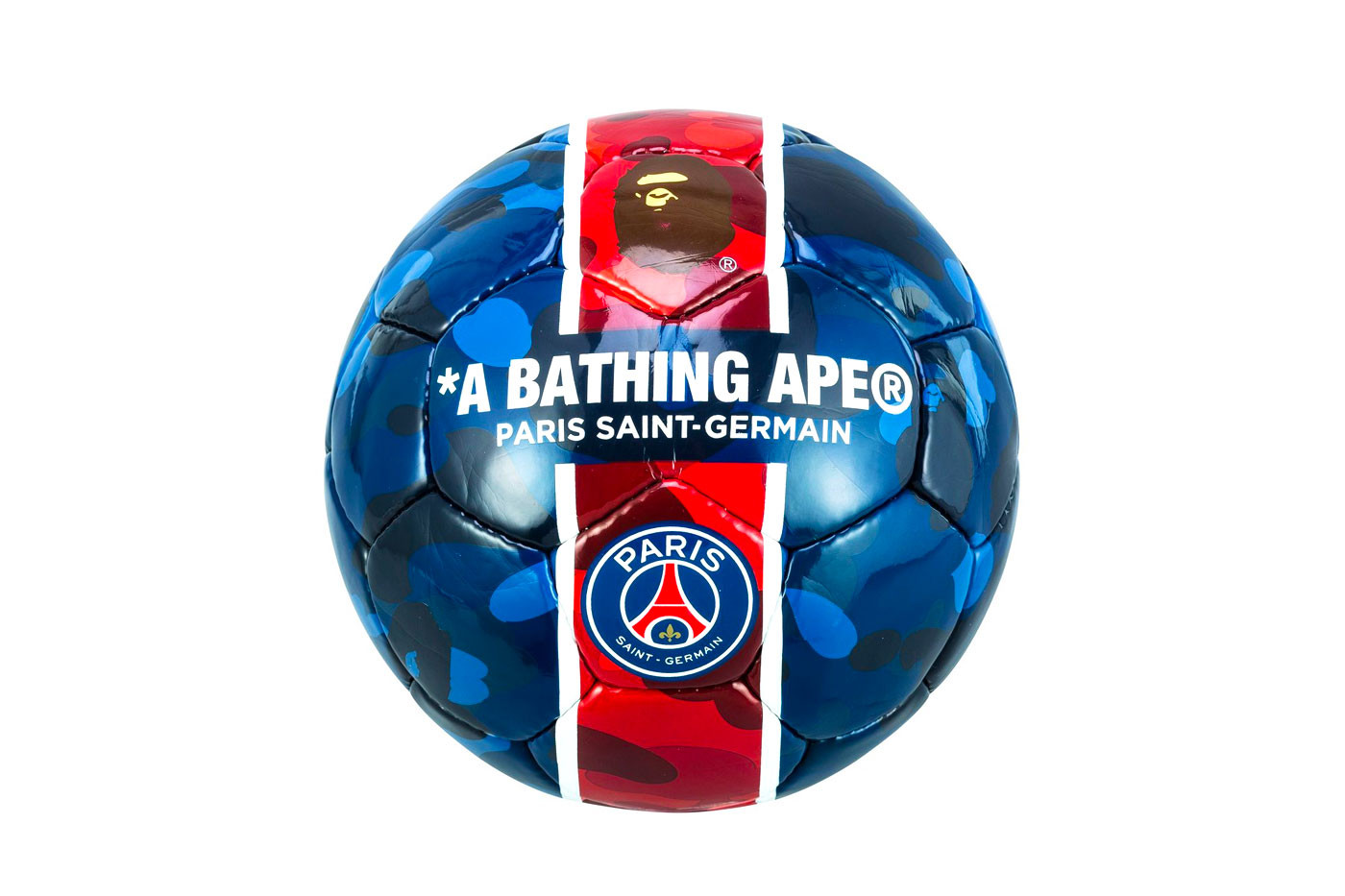 Paris-Saint Germain have just dropped the latest item from their collaboration with BAPE for 2019.

The original release saw PSG put their twist on a host of BAPE classics, like the brand’s notorious Shark hoodie, which were all dripped in PSG‘s classic blue, red and white.

Now, PSG have released a camo covered football which features an Ape head insignia, PSG’s club crest and an “A Bathing Ape Paris Saint-Germain” motif, making it a must-cop item for lovers of the Parisian club and the Japanese brand.