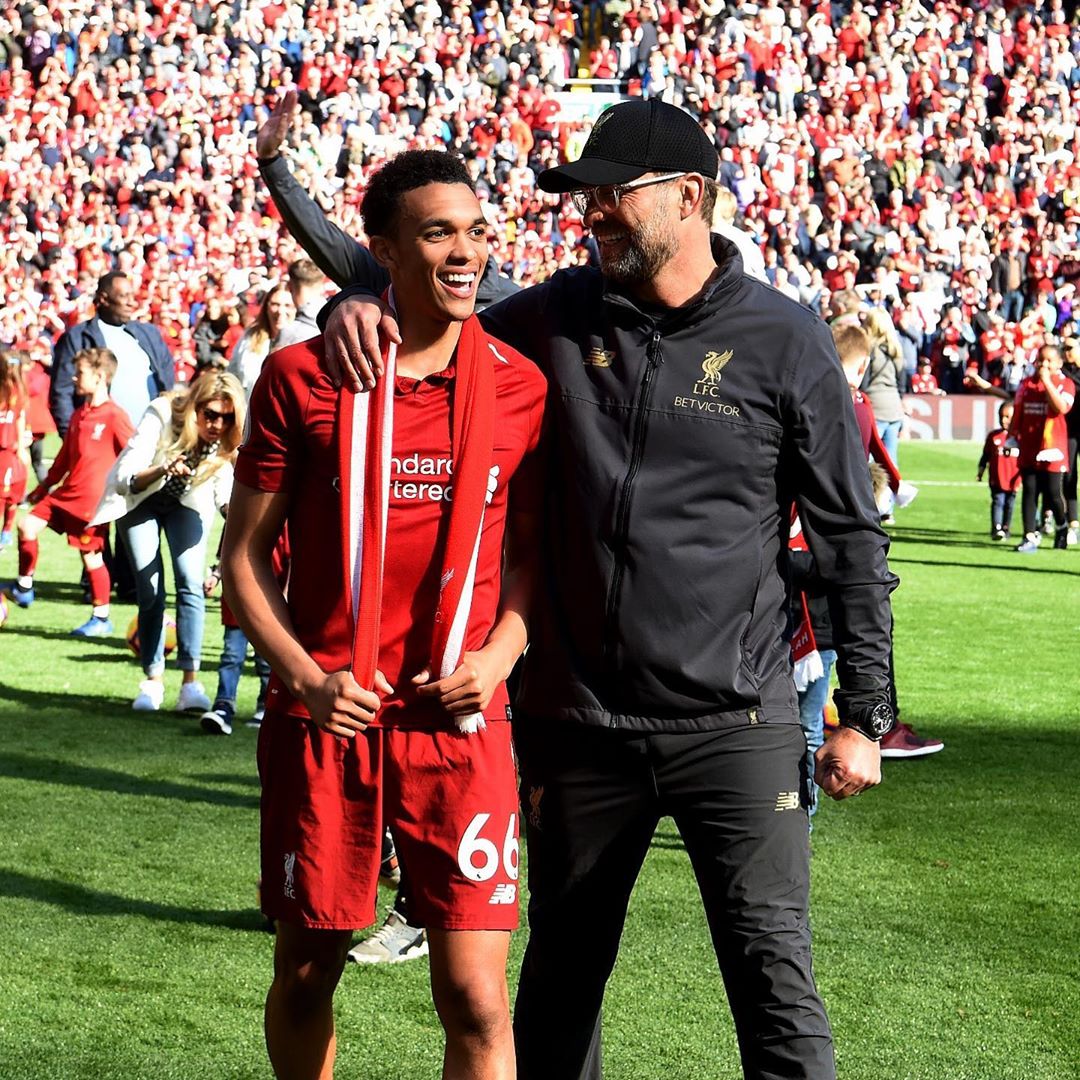 Trent Alexander-Arnold capped off an outstanding season at Anfield by recording his 11th and 12th assists of the domestic campaign to break the record for most assists by a defender in a Premier League season in Liverpool’s 2-0 win against Wolves this weekend.

While Liverpool fell just short of City by one point on the final day to finish second in the league, the 20-year-old was one of the star performers in the club’s record-breaking season. Trent kept 12 clean sheets and notched his 16th assist in all competitions on the weekend, and was duly awarded a Golden Samba award to accompany his trophy for featuring in the PFA Team of the Season in the process.

Trent Alexander-Arnold is still playing out on the pitch, currently putting crosses in for his mates at the Anfield Rd end. #LFC #LFCWOL pic.twitter.com/CbeCn5jxjO

Trent has firmly established himself as one of the best full backs in world football and is now certified future captain material at Liverpool. He’s growing in stature and maturity season after season, and the young baller will be hoping to add to his personal silverware by landing Liverpool the Champions League in Madrid on June 1st before heading off to the Nations League finals with England five days after on June 6th.

In other football news, adidas and Juventus have ushered in a new era with a cold home kit that breaks 116 years of tradition.