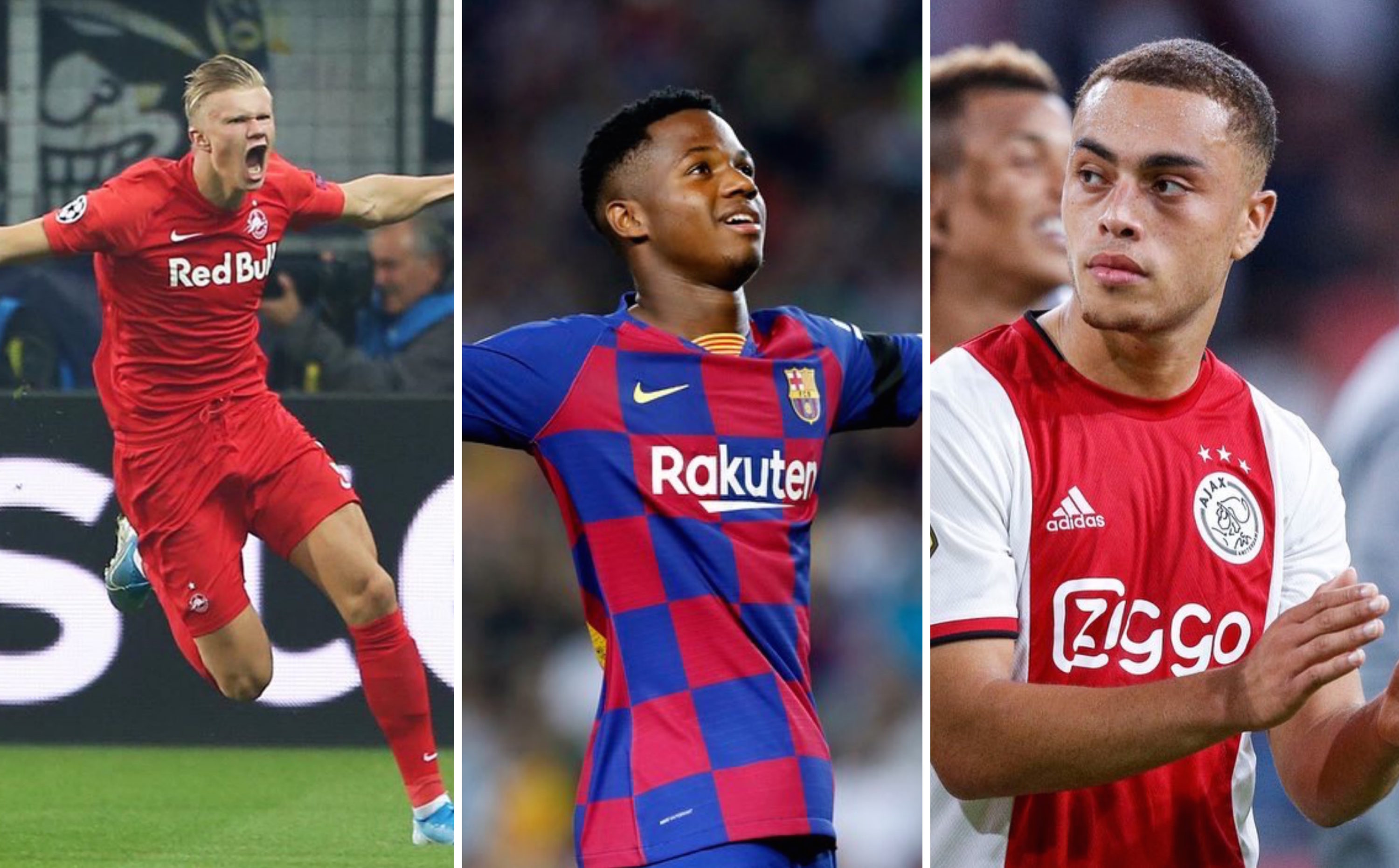 Last night, several of the world’s coldest young ballers announced themselves on the world stage when they made their Champions League debuts.

And what debuts they had. Teenage wonderkids, Ansu Fati and Erling Braut Haaland all starred for Ajax, Barca and Red Bull Salzburg respectively, with all three players showcasing exactly why they’re the most hotly-tipped talents in the game.

Sergiño Dest has already become a regular at Ajax this season, but last night’s unreal outing has now elevated his hype to new levels. Fresh from committing his future to the club afer signing a contract extension until 2022, Dest ripped it up from right back, showcasing his tek while keeping Lille quiet in his side’s 3-0 victory over the Ligue 1 outfit.

At just 16 years and 321 days old, Ansu Fati becomes the youngest player to represent Barcelona in the Champions League against Dortmund last night. While Barca had to settle for a 0-0 draw after largely being outplayed by Jadon Sancho (who won a penalty) and co, Fati marked his UCL debut with another solid performance after scoring his first goal for the club on the weekend against Valencia.

Red Bull Salzburg striker Erling Braut Haaland had the best performance out of any player in the Cahmpions League last night. He marked his UCL debut with a Zlatan-esque first-half hat-trick against Genk in Group E before he saluted his idol on his Instagram

The 19-year old is a 6ft 4 goal machine, having scored an insane 17 goals in just 9 games so far this season and registering another 5 assists. Haaland, who looks like he was stitched together by scientists looking to design the perfect target man and every inch the Football Manager regen, is a certified problem.

He scored a first-half hat-trick on his Champions League debut ?

Already his fourth hat-trick of the season and he's only 19 ? pic.twitter.com/WqC9mX14ss

In other young baller news, read our new piece on why Phil Foden must back himself to fulfil his generational potential, just as Jadon Sancho is currently doing.