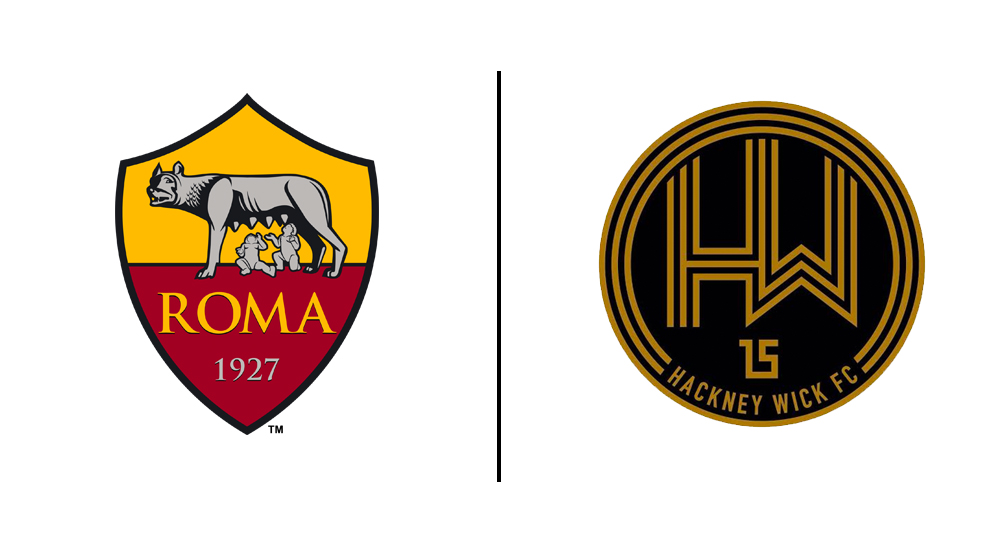 This weekend, AS Roma adopted Hackney Wick FC as their non-league partner club for the next 12 months.

London’s most important community club will be supported by the Serie A side, with AS Roma committed to shine a spotlight on HWFC and explore ways to help them continue to grow and change lives.

Hackney Wick FC get kids off the streets and playing football with an aim to become the symbol of anti-youth violence in London. The club is run entirely by volunteers, with 230 active players across 18 teams of differing age groups. They also dropped one of the waviest shirts of the season with Nike earlier this year with a graphic designed by local schoolchildren in the community.

Roma have been tracking what Hackney Wick FC and founder Bobby Kasanga have been achieving over the last 12 months, and are using their sizeable social platform and status as one of the best and most engaged football clubs on social media to help the club over the next year, with a plan to announce a collaborative project in that time.

Proud to announce that we have been adopted by @OfficialASRoma @ASRomaEN look forward to working closely with them over the next year. Thanks for the shirts. Hopefully this influence other big clubs to get involved with grassroots community teams across the world pic.twitter.com/S4rDILmVE1

Speaking about the partnership, Hackney Wick FC founder Bobby Kasanga said, “It’s amazing that Roma is ‘adopting’ Hackney Wick in this way. When I first heard that Roma wanted to get in touch with me, I was like, ‘You sure this is true?’ The person who Roma contacted first, to get to me, said: ‘Yeah, this is authentic. It is AS Roma.’

“The Premier League and the BBC featured us before in their own way but you really don’t get highlighted by professional clubs in the UK. So for a team in Italy to support us and support what we are doing is really amazing for us. We intend to make the most out of this year and learn from Roma. Hopefully it can galvanise some of the bigger teams to follow the Roma model, because if Roma is doing this and helping other clubs, why don’t we do this in our own backyard?”

Read the full interview with Bobby Kasanga on the AS Roma website.