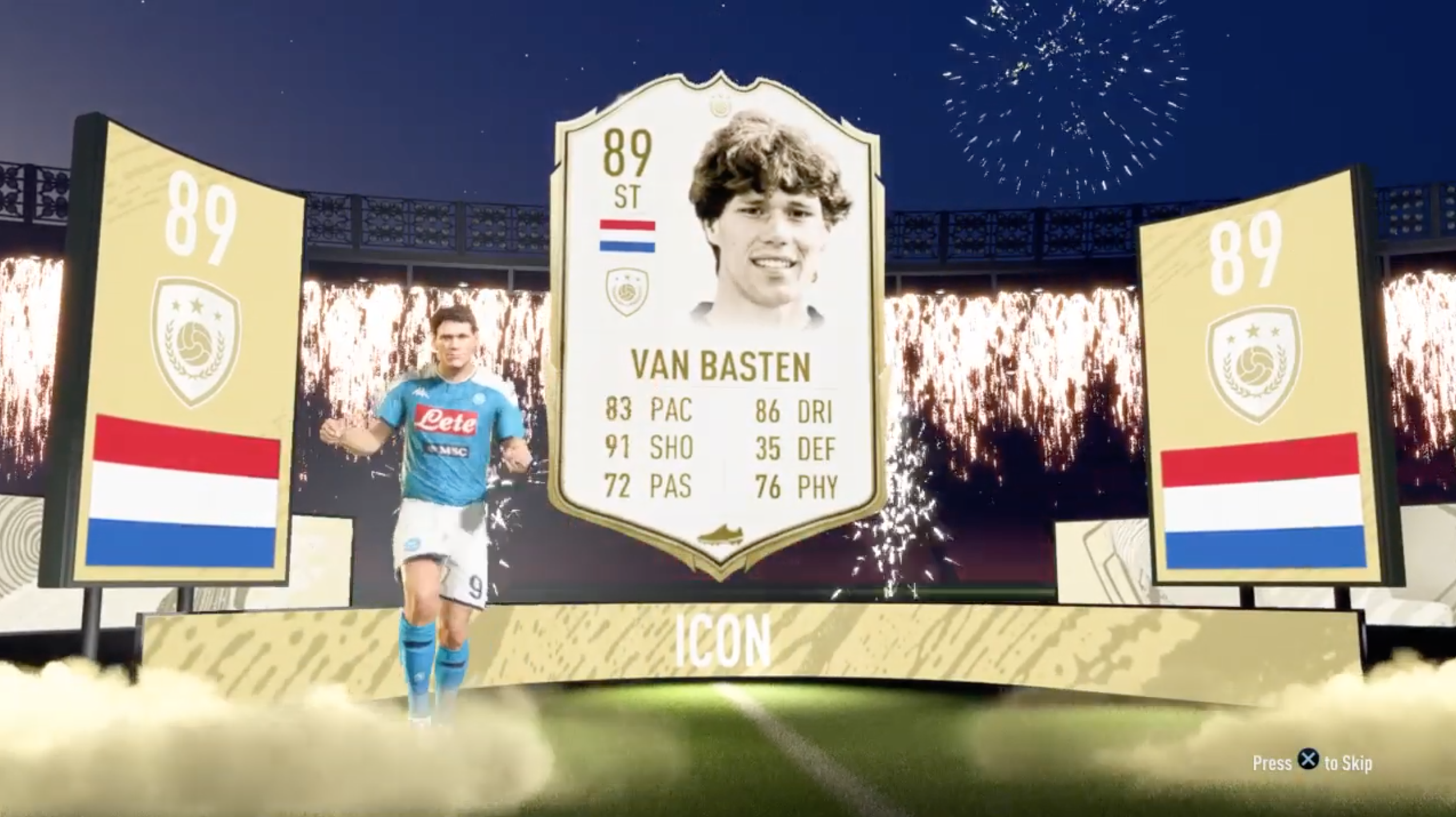 Marco van Basten’s Icon card has been deleted from FIFA 20 after he made a pro-Nazi remark during a recent appearance on FOX Sports.

Van Basten was subsequently suspended from his duties with FOX Sports after commenting “Sieg Heil” – a phrase associated with use at Nazi rallies – during a broadcast, with the network branding it “stupid and inappropriate”. Van Basten made the remark on the same weekend that all players in the Netherlands’ top two divisions agreed not to play in the first minute of games in order to protest against racism.

EA Sports has now taken action against Van Basten by removing his Icon card from Ultimate Team, which was awarded to him to celebrate his legendary impact on the game: “We are aware of the recent comments made by Marco van Basten. We have an expectation that our commitment to equality and diversity is upheld across our game. As such, we will suspend Marco van Basten ICON items from being available in Packs, SBCs and FUT Draft until further notice.” 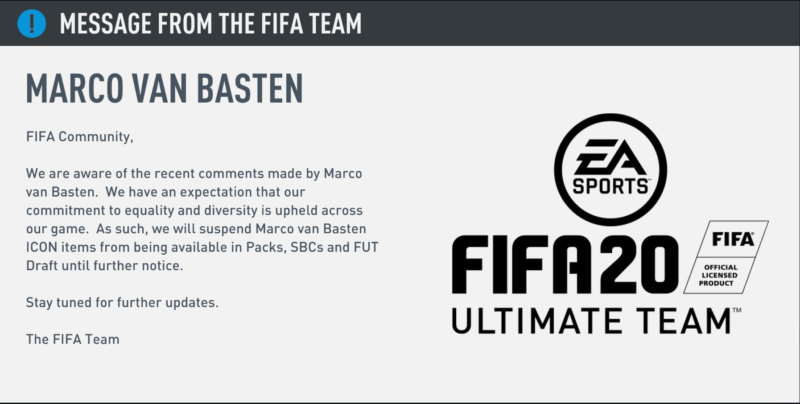 In other FIFA 20 news, Heung-min Son, Riyad Mahrez and Luka Modric feature in FIFA 20’s most recent Team of the Week.