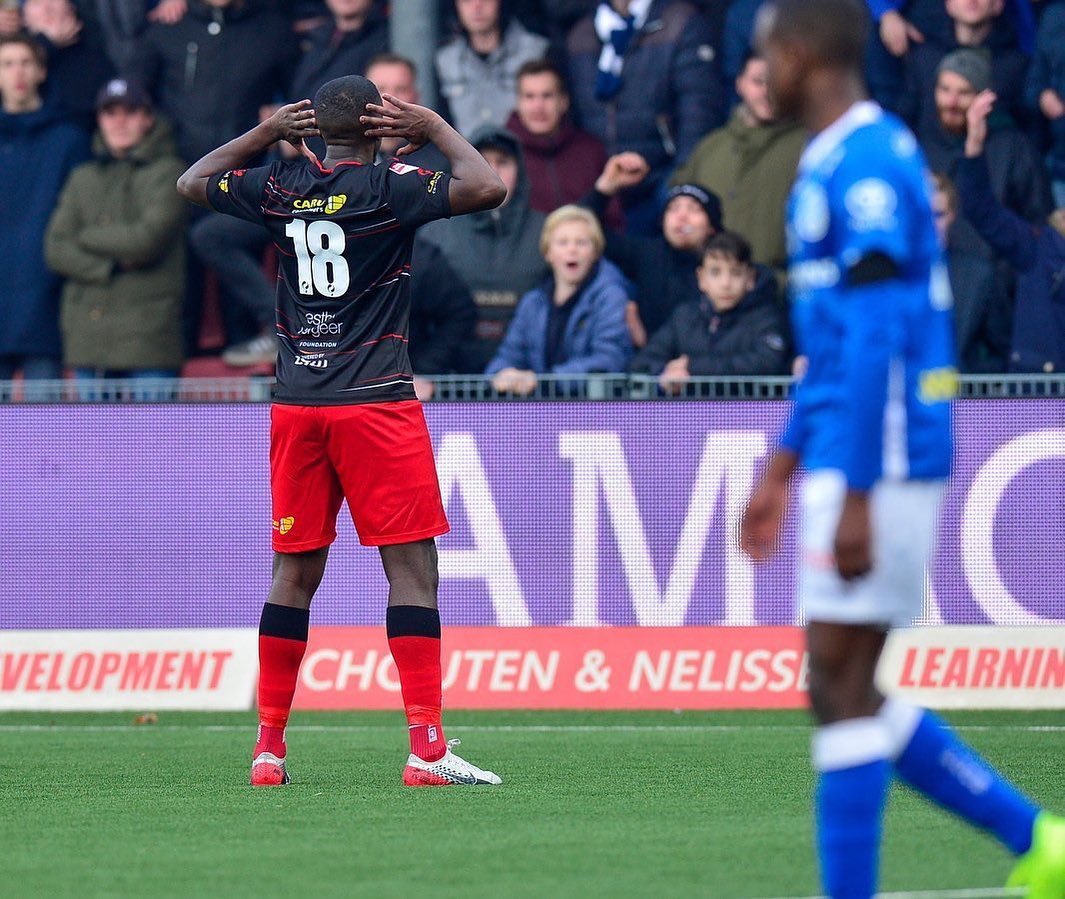 Footballers across Netherlands’ top two divisions are refusing to play the first minute of fixtures this weekend to protest against racism.

Players have taken matters into their own hands after the racial abuse of Excelsior’s Ahmad Mendes Moreira by Den Bosch fans on Sunday.

Players in the Eredivisie and Eerste Divisie will stand still during the first minute of games this weekend while the message ‘Racism? Then we don’t play football’ appears on scoreboards, with an extra minute will be added on to injury time in the first-half.

Memphis Depay and Georginio Wijnaldum spoke out against the abuse recieved by Ahmad Mendes Moreira, with Wijnaldum saying the incident “really hit me on a personal level”.

After bagging the first goal of his hat-trick in the Netherland’s 5-0 victory over Estonia, Wijnaldum and team-mate Frenkie de Jong pointed to the colour of their skin to symbolise solidarity against racism.

What a night!! Unbelievably honoured to make my debut as captain today, to combine that with 3 goals is just unforgettable 🙏🏾 So excited for the summer with this incredible squad! 🔶🦁 We are one team 🤜🏻🤛🏾

The move from players in the Netherlands will hopefully encourage more leagues and player around the world to protest against racism in the game.