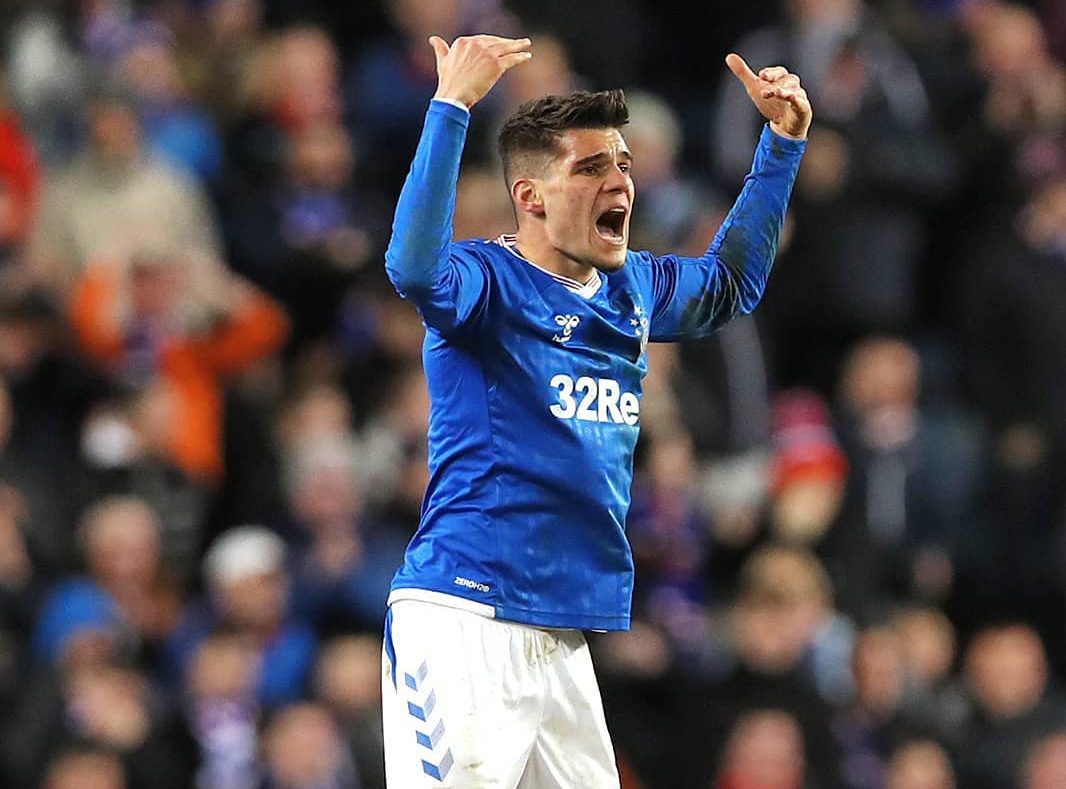 Ianis Hagi led an inspired Rangers comeback victory over Braga in the Europa League last night, with the young Romanian baller bagging a brace to deliver Steven Gerrard’s side a crucial 3-2 victory.

Balling out in front of his father, Gheorghe, Ianis showcased to the world he’s got his father genes by putting in a masterful display before bagging a sensational left footed strike to spark the come back.

Ianis Hagi is going to the very top. pic.twitter.com/hRCWfARUr4

Super Eagles star boy Joe Aribo would then dance through the Braga defence to level it up at 2-2 with one of the best individual goals you’ll see this season.

Then, with 81 minutes played, the 21-year-old stepped up to strike the free kick, which took a deflection to loop over the Braga ‘keeper to earn a vital 3-2 lead heading to next Wednesday’s return leg in Portugal. Some buzz for the Rangers fans.

After sending limbs everywhere, ‘Gers fans would go on to be even more delighted with the on-loan Genk attacker’s interview after the game, with Hagi saying: “It’s amazing! Ibrox, baby! It’s just different!”

An incredible European debut for the 21-year-old! 👏 pic.twitter.com/TGOFu2mOTo

“It was for nights like this I joined Rangers. My whole family were here, so it’s amazing.

“It’s the first time they came here and I’m really proud they were in the stand. I’m really happy and I guess I made them proud.”

In other young baller news, check out all the broken records after Erling Haaland showcased to the world why he’s next up in his performance for Borussia Dortmund against PSG.