Not many players can boast that they graduated from one of the most competitive academies in the world. Even fewer can say they played for their hometown club with their hero. Only the smallest pro ballers can say they've played for one of the best teams in the world. These are all achievements that Mel Lawley has accomplished at only 26-years-old. The winger from Birmingham has made some major moves in the game.

Her presence in this Liverpool side is notable. The team are challenging for promotion and looking to Mel's experience to help them with their pursuit. An England international and FA Cup winner, there is no doubt of Mel's talents. Her move to Liverpool came at an important time in her career. Following a massive transfer to City in 2016, game time was hard to come by. When it was time for the next step at the start of 2019/20 season, lessons were learned and decisions were made. The result is a player who is thankful for where she is and knows that her story is far form over.

After posing in Liverpool's special edition Nike Air Max jersey, VERSUS was joined by the girl from Birmingham who has seen everything the game has to offer. 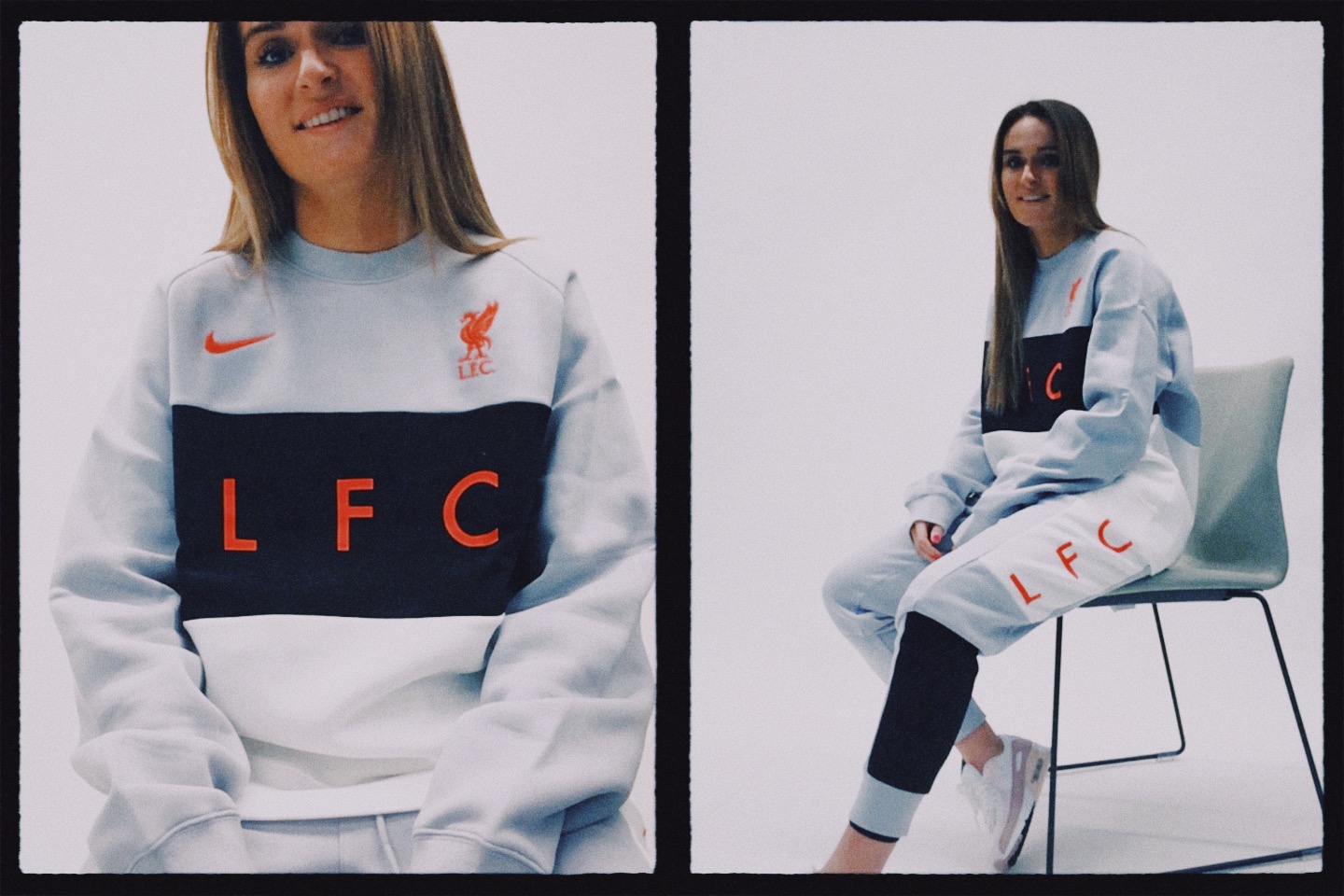 VERSUS: How did you originally get into football?

Mel: When I was younger, I used to play a lot in the streets. I loved going outside and kicking a ball with the lads and that’s where I fell in love with football. I used to watch my cousin train in a team and one day, one of the boys got injured. I was just there kicking a ball on the side lines and they asked me to step in and take a position. From there, I started playing for the team and really loved it.

That story is so familiar for many but it’s gradually changing now that there are more girls teams at grassroots level. As you made your journey though the game, when did you realise that you were good enough to be a professional?

When I got to Arsenal, I was training with the academy and around the first team environment, I knew I was competing amongst the highest level in women’s football. In the back of my mind, I knew I wanted to be where they were, so I pushed myself. I just knew that being there, I could go on and become a professional footballer.

Arsenal were so dominant during that period. Who were you looking to as inspiration while coming through the ranks?

Karen Carney. We are both Birmingham girls! She plays in my position too so I would always look at her playing for England and Birmingham.

Having played for Arsenal and Aston Villa, what was academy life like for you?

I think it’s massively important. You go in there to learn the basics and fundamentals of football and play against some of the best girls in the country. It had a massive impact on my career. I think it’s so important to younger girls. It shows you the way and it’s within a professional environment. 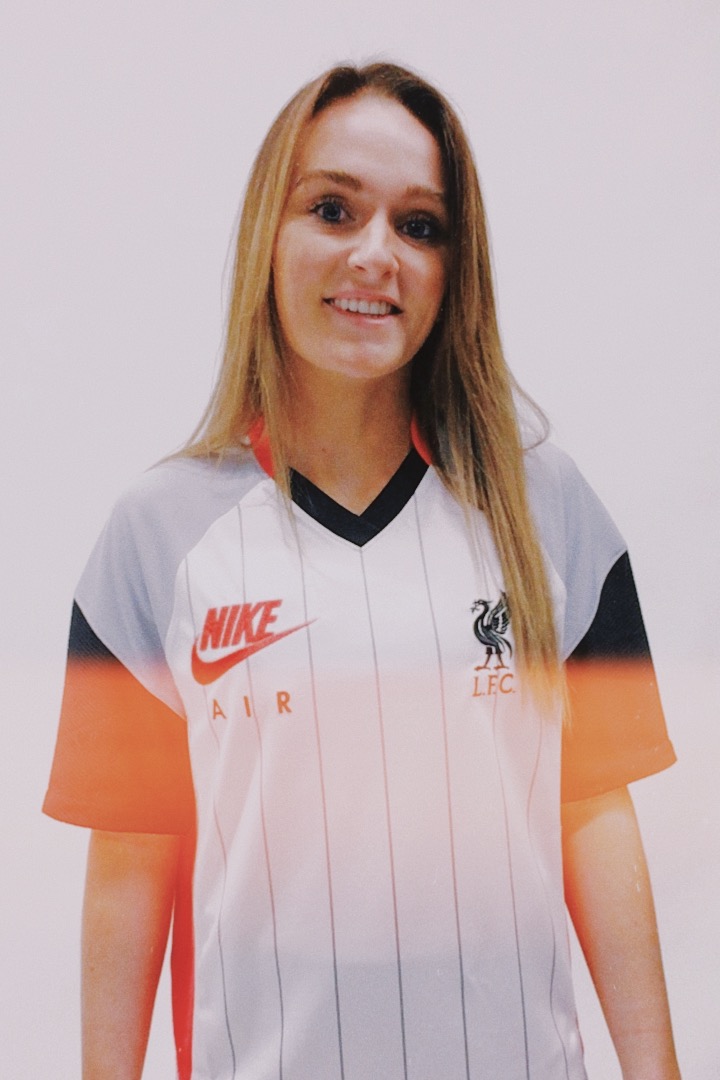 You’ve played for a few different teams in your career. When making these moves, how important are your support system?

My support circle is massive to me. I’m such a homely person. My mum, dad, brothers and sisters. I wouldn’t have coped with moving around as much as I have without them. When you have the challenges in front of you, sometimes you just have to take them in your stride but my family have definitely helped me with that.

One of the biggest achievements a footballer can earn is representing their nation. You’ve done this. How did it feel to get your first call up and what’s it like being with the best players in the country?

You work so hard in your career… you dedicate yourself and make sacrifices all the time so when you get that call up, it’s an incredible honour. I’ll never forget that moment when Phil [Neville] rang me. Of course it takes hard work, but it was an amazing experience to finally get there.

You have always taken steps to challenge yourself. How big was your move to Manchester City at the time?

To be fair, it was out of the blue for me. I was at Birmingham City and Man City approached me. They were one of the biggest clubs in the women’s game at that point. It gives you a confidence boost and of course, it’s always going to be a hard move, but I never second guessed it. I always want to push myself so at that time in my career, it was the right move.

You won the FA cup with City and were involved with multiple other great moments, but what does success look like to you?

I would say my first big success was signing my first contract for Birmingham City. To me that was so massive as it was my hometown and Karen Carney was there. For people looking in, they would say playing for England and winning the FA Cup but personally, it would have to be signing for Birmingham.

Along with the highs in life, we have to come through some trickier moments. How did you overcome yours?

Up until City, it was all success and only there did I have my first bump in the road. As a person, it’s the first time I had to deal with that, but it made me realise a lot about myself. I’m a lot stronger than I thought. With challenges you have to get over them. You live, and you learn.

Going to Liverpool was a big move. How important was it to you?

It was a massive move. Liverpool as a club are one of the biggest in the world. For me personally, I wasn’t playing as much football as I wanted and needed so I had to go and play week in, week out. As I’ve come here, that’s what I’ve done. Playing time is important for me to keep pushing myself further.

There is so much to look forward to. The Euros, the Olympics, the league campaign. How do you maintain motivated and how do you switch off from it all?

I think any professional just wants to be better every day. For me, it’s just about continuing what I’m doing. Going to training and working hard, making sure I’m eating and sleeping right. I take things day by day and concentrate on myself. Hopefully, me doing that will help me towards the bigger picture.

If you could speak to a younger Mel, what would you tell her and why?

I would say don’t be so hard on yourself. Enjoy the ride, take it day by day and enjoy it.