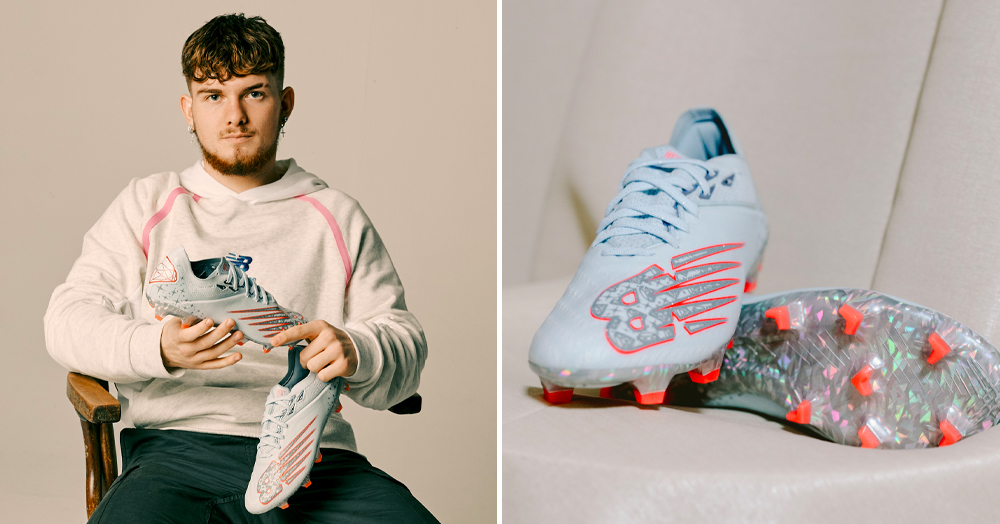 Harvey Elliott has dropped his first pair of signature boots in partnership with New Balance, ahead of what is set to be a defining year for the Liverpool midfielder.

Crafted using striking colours and materials that represent the clarity, fire and reflection of diamonds.

The inspiration behind the boot derives from the 18-year-old’s nickname, ‘Little Diamond’, which he earned following an impressive display in his debut senior training session with the Reds at just 16-years-old.

The bespoke design features pops of ‘electric red’ across the upper and an iridescent sole plate representative of diamonds.

In addition, a gemstone graphic and Elliott’s squad number are included across the heel and tongue of the boots, alongside sparkling stars in recognition of his brilliance.

Elliott signed for NB almost a year ago to the date, and shared his thoughts on the newly designed boots ahead of seeing them in the flesh for the first time. “Receiving custom boots is a special feeling and the extra detail makes the boots look really unique. I’m excited to wear the boots in the big games coming up!”

The boots are now available for sale worldwide in limited pairs, from selected retailers and online at www.newbalance.co.uk/football (UK residents).

Take a closer look at the boots below. 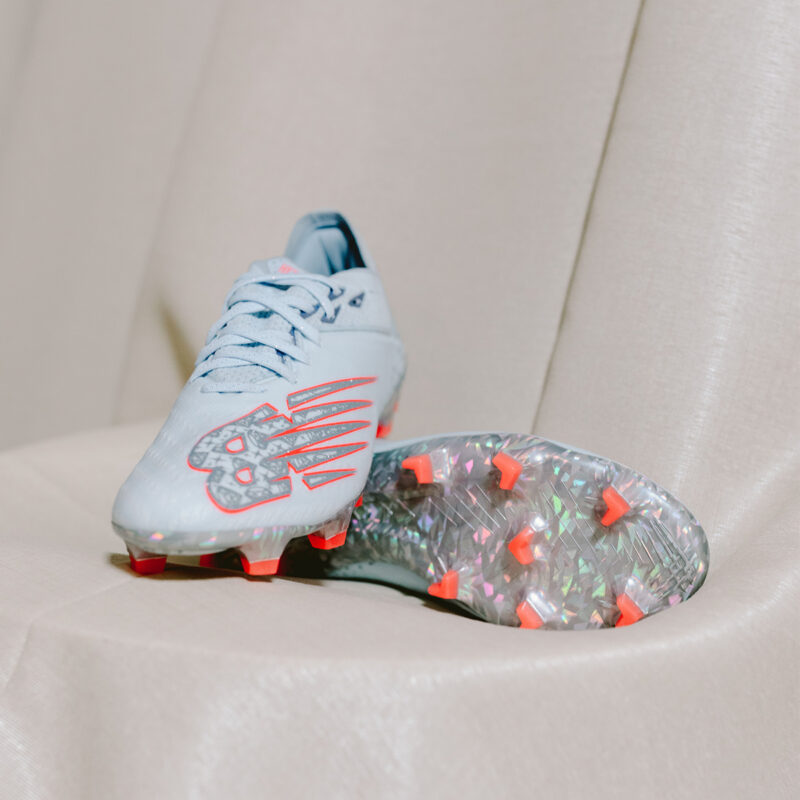 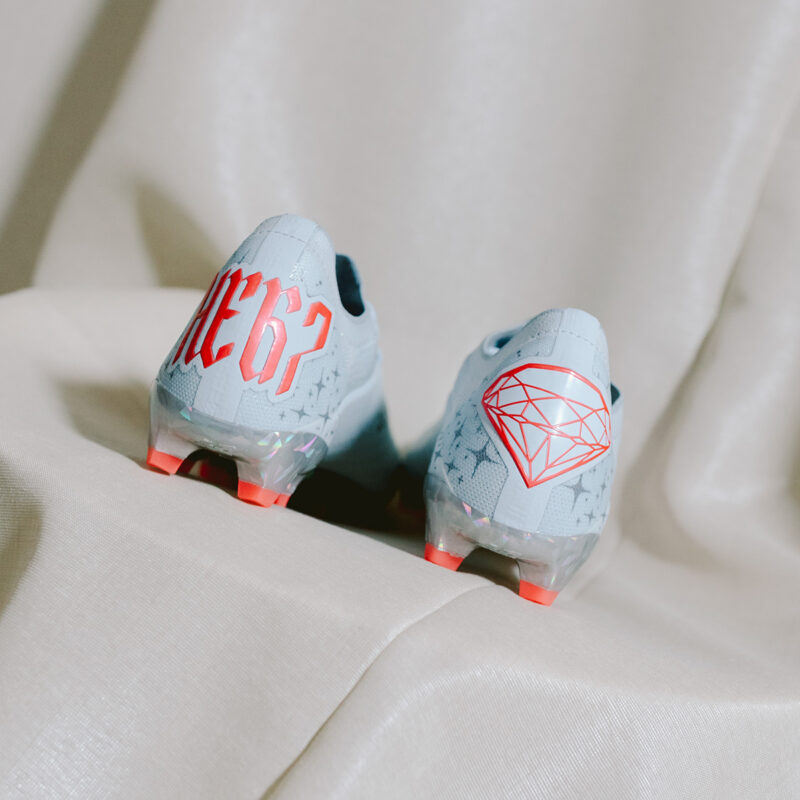 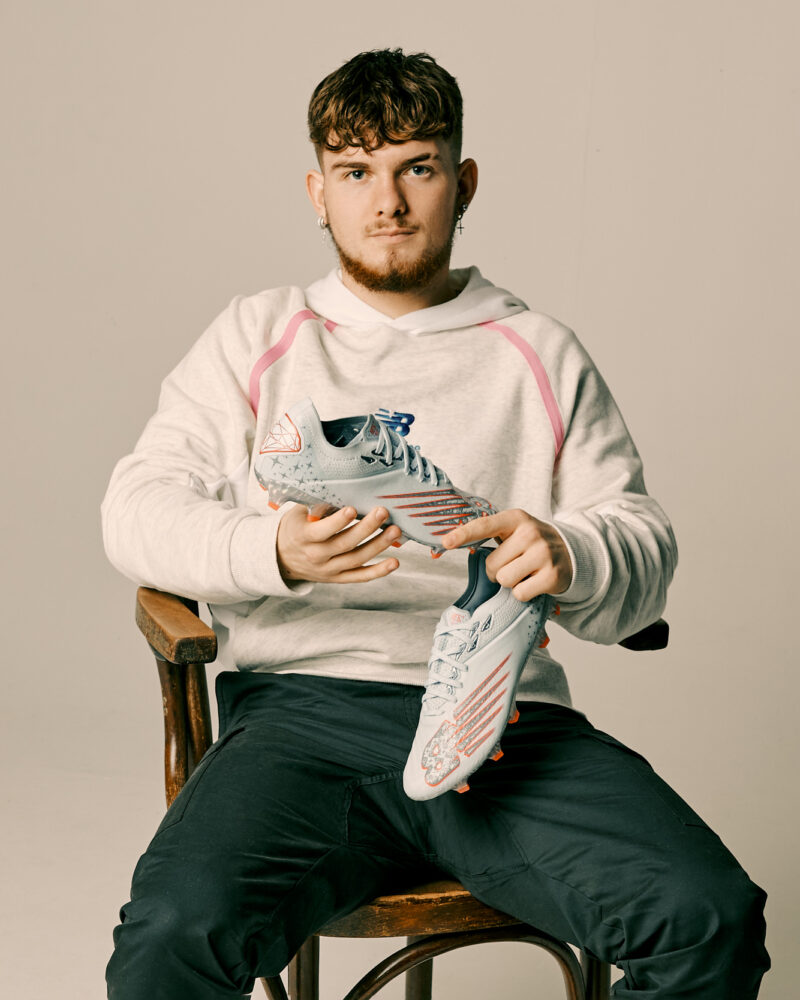 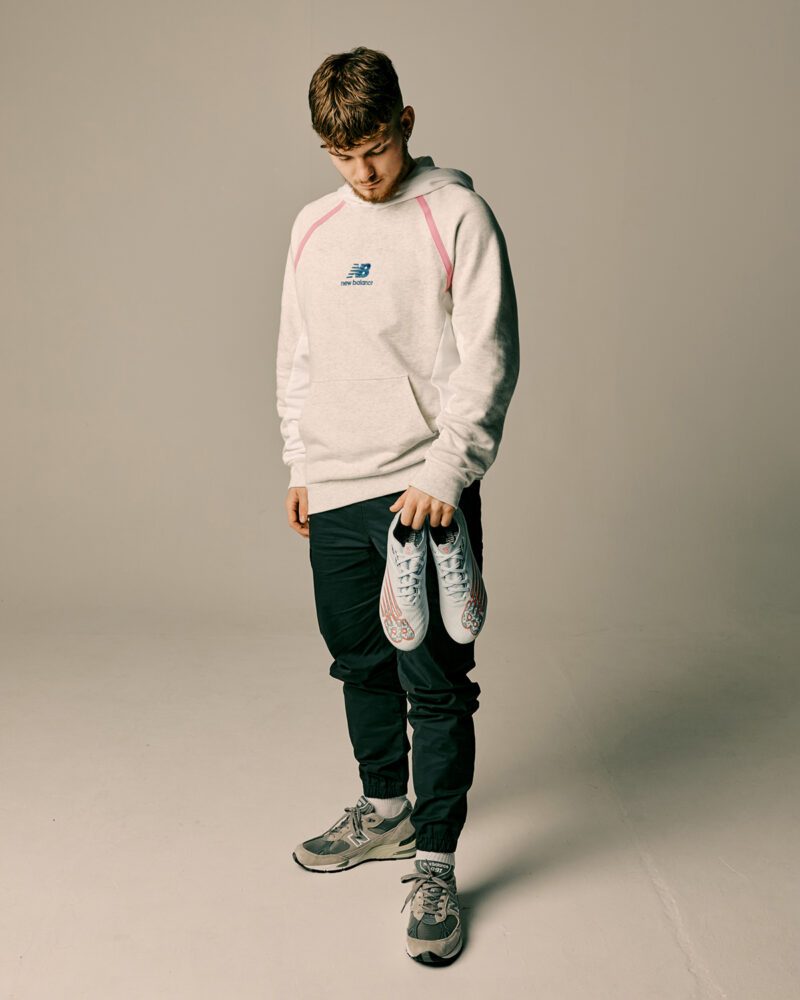