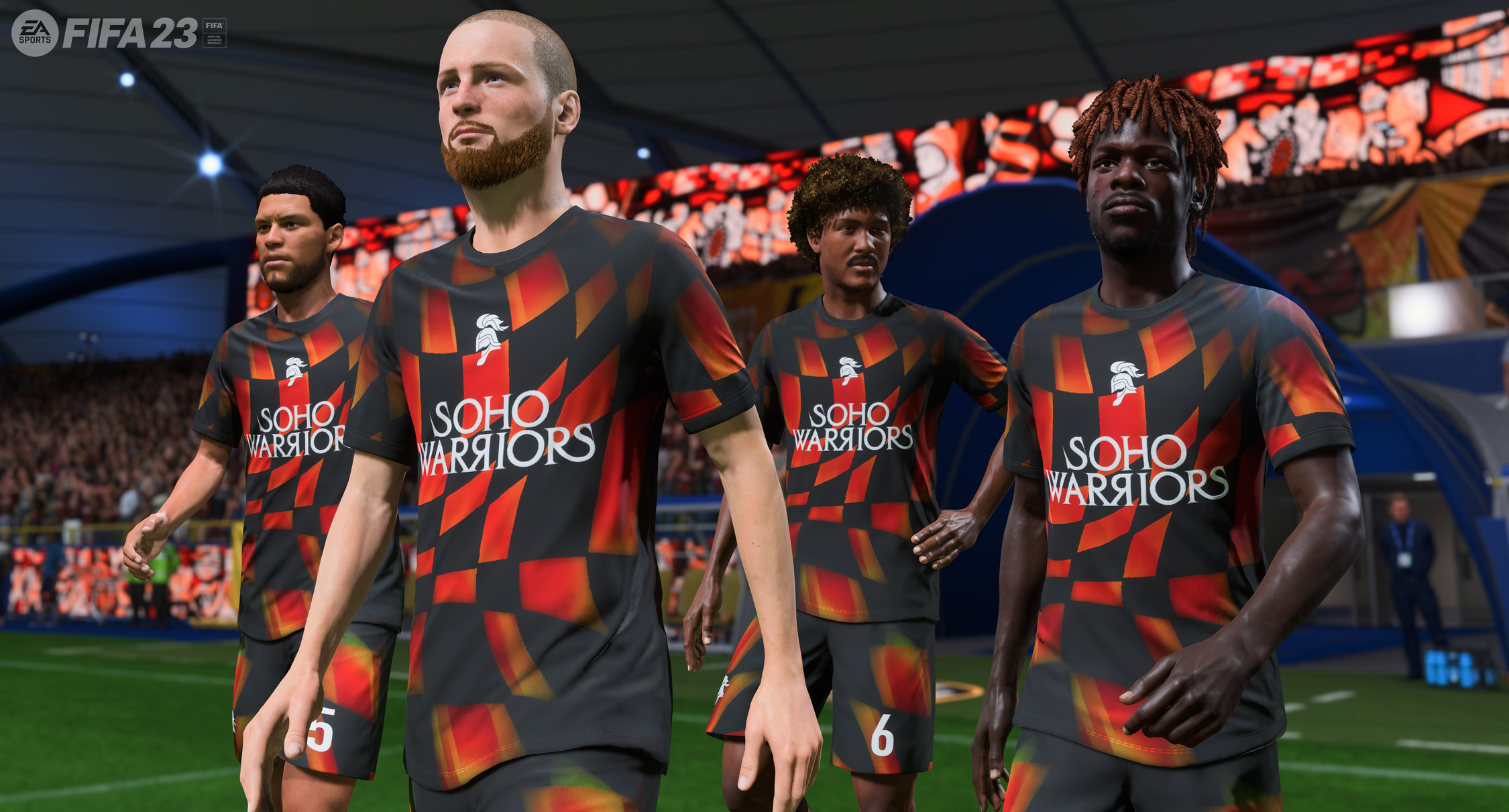 Grassroots legends and creative agency Soho Warriors FC have launched their upcoming kits via FIFA 23, and they’re some of the cleanest jerseys the franchise has ever seen.

Based out of East London and formed in 2010, Soho Warriors have been working within the intersections of fashion and football for the last twelve years.

The team, a mix of illustrators, designers, writers, models and directors, have worked with the likes of adidas, Stone Island and END to showcase how football can be used to create a community both on and off the pitch – something their latest collaboration with FIFA 23 embodies fully.

Both home and away shirts draw inspiration from a local building, one the Warriors have encountered every Tuesday and Friday for over a decade.

“Our concept for this collaboration with FIFA23 came from the church windows that sit at one end of the pitch in Haggerston.” Explained club co-founder Chris Dent when asked about his side’s latest drops.

“The stained glass windows have always been there in the background, and appear in a lot of our pitch photography, so we wanted to channel that aesthetic into this collection.”

From the red-check glow on the home shirt to the light, almost transparent beige base on the away shirt, the range is a nod to the church windows that have seen the Soho Warriors go from strength to strength over the years.

Both shirts include the collective’s now instantly recognisable crest, while the home shirt’s black sleeve cuffs accent the distorted, wavy red and black design – a reflection of their beloved church windows.

With the away shirt choosing the inverse aesthetic by instead encompassing a beige and black chequered design on its sleeve cuffs, and a lighter colourway for its body.

Both shirts will be able to wear IRL, and are already available to pre-order via Soho Warriors’ online store.

Take a closer look at the shirts below. 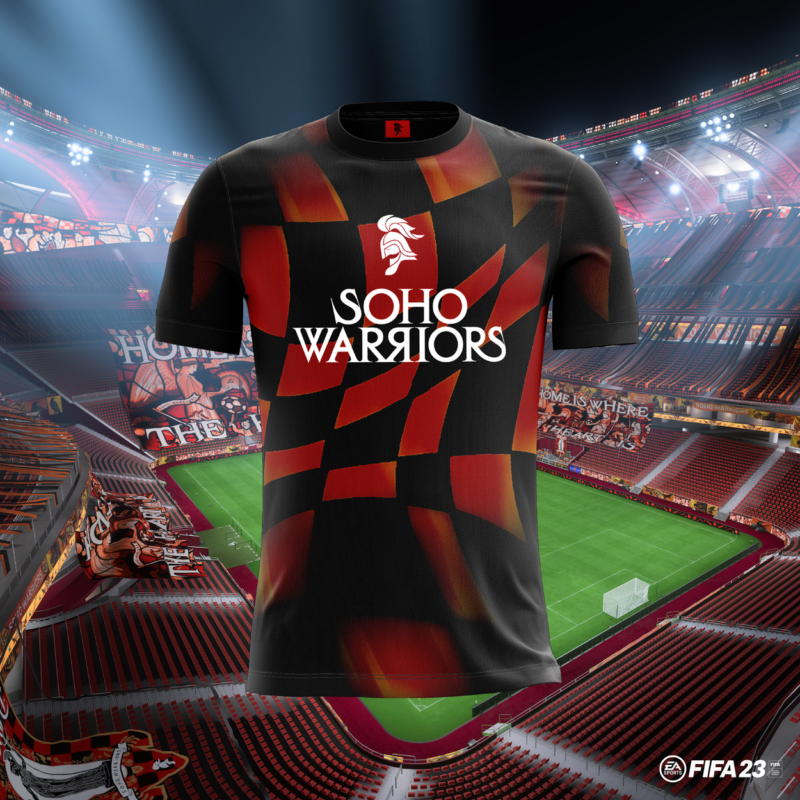 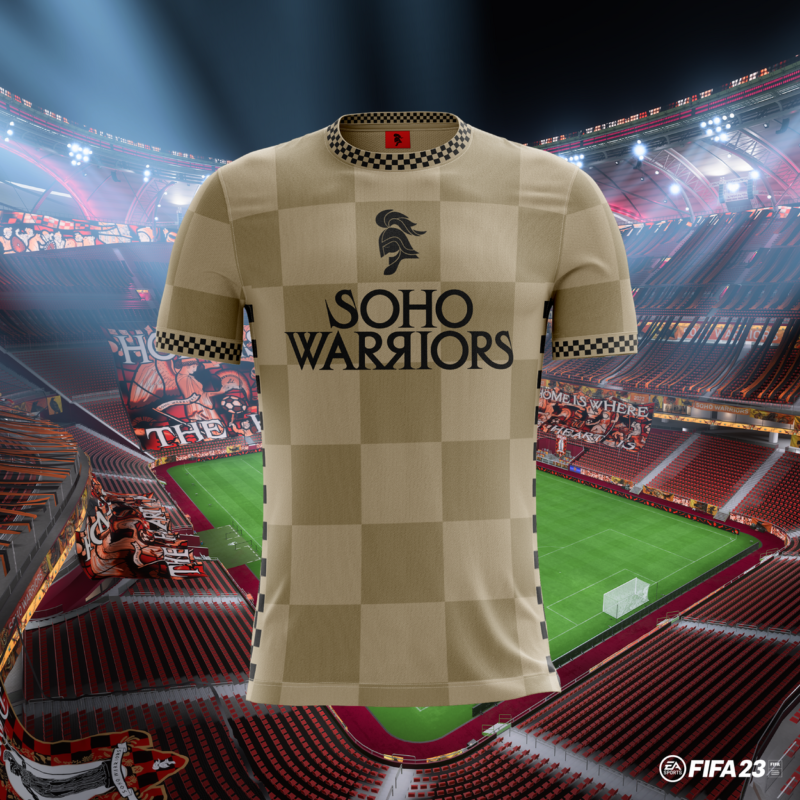 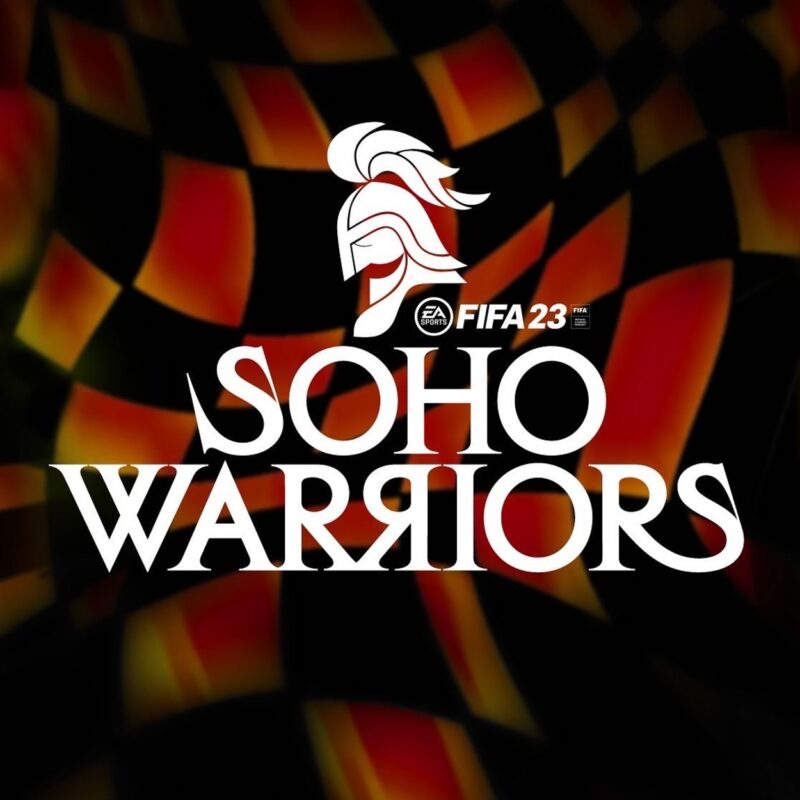 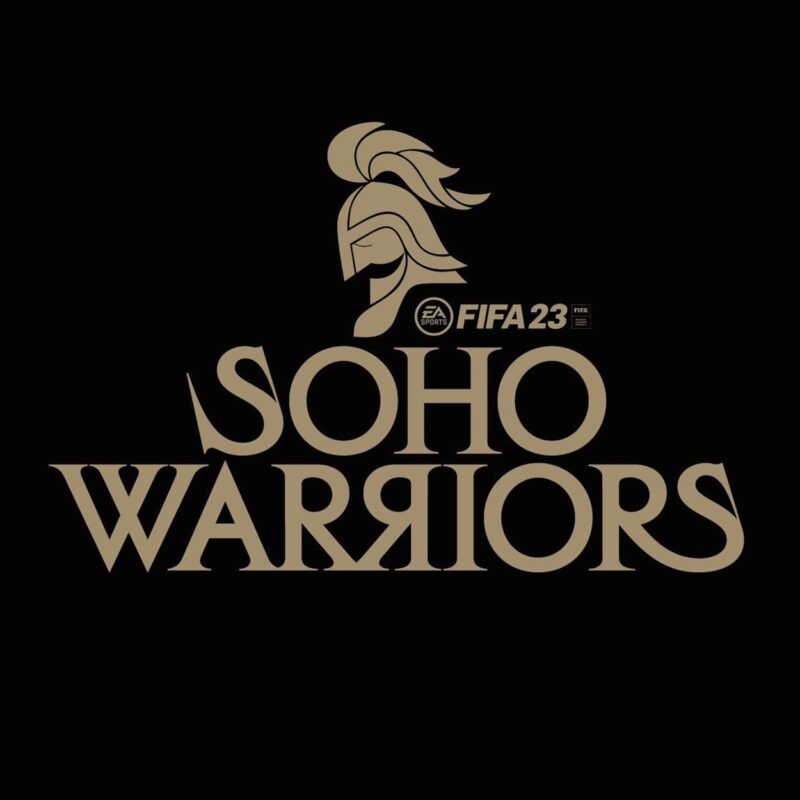 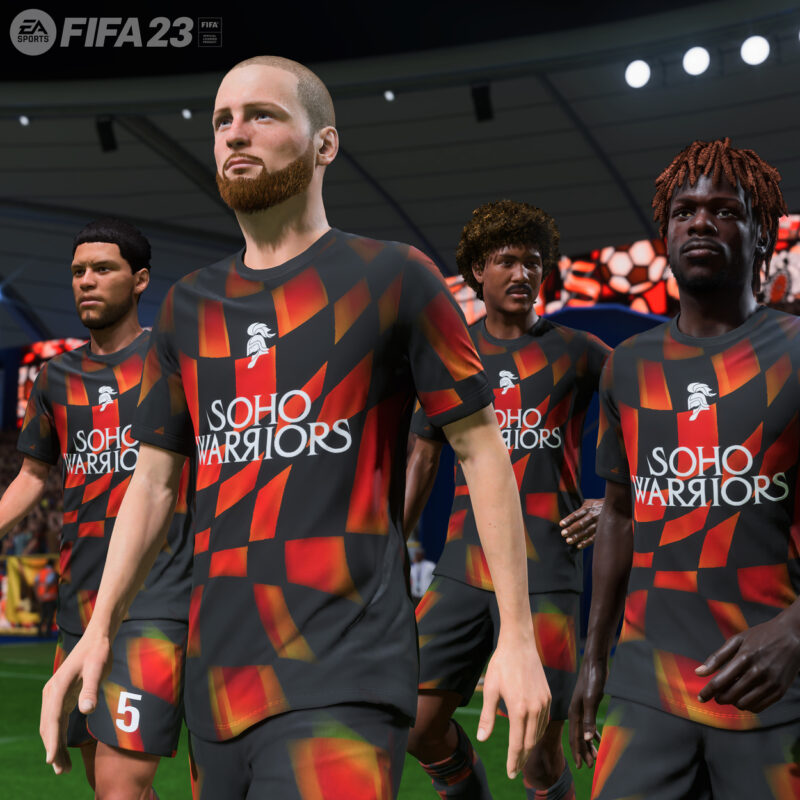