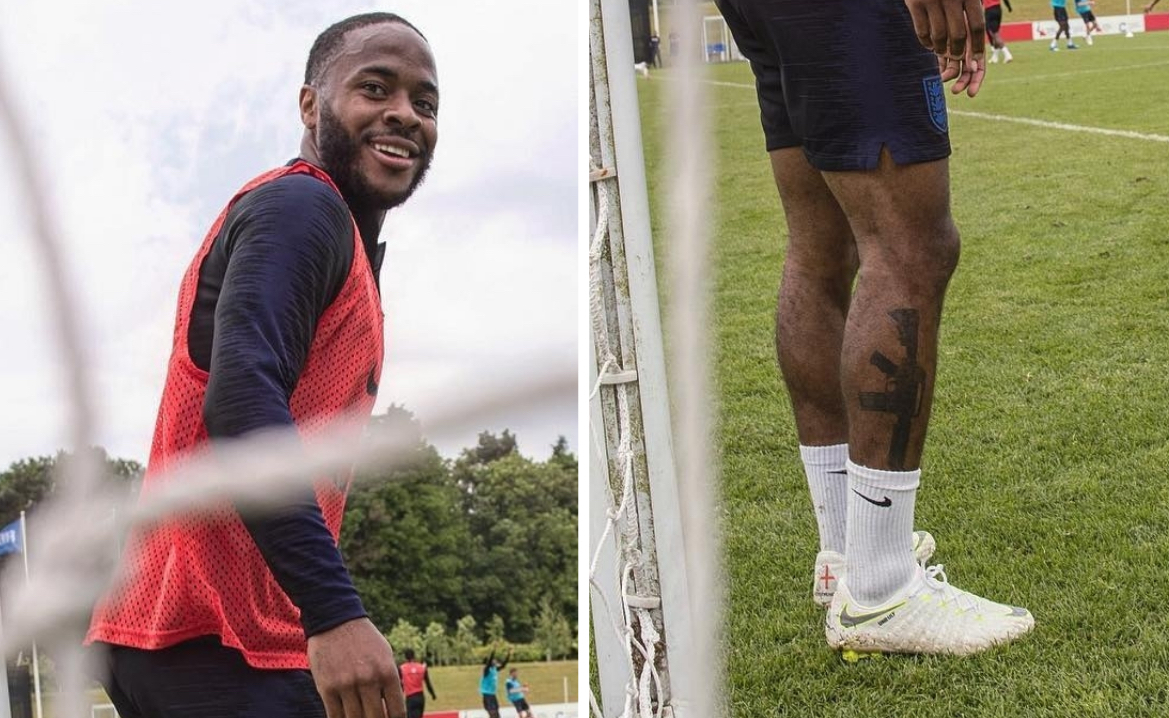 Taking to Instagram yesterday, Sterling showed off a new tattoo of an assault rifle on his right leg during England training. The tattoo is an unfinished tribute to his dad, who was shot when he was just two-years-old, with Sterling vowing that he’d to “never touch a gun in my lifetime” whilst explaining the deeper meaning behind his new ink in an Instagram Story post.

Raheem Sterling has posted a response on Instagram to so-called 'outrage' at him getting a gun tattoo on his leg. pic.twitter.com/LPdJNgkhec

It once again showcases the racist agenda spread by the paper and other tabloids, whose continued persecution of Sterling – particularly before he plays an integral part in the World Cup as one of England’s best players – needs to stop. The paper, who described the tattoo as ‘sick’ (evidently not in the approving sense,) continues to treat Sterling with a double standard with the relentless vilification against him.

[Thread] a selection of times when our national press have chosen to run stories on Raheem Sterling.

Gary Lineker tweeted “Unique to this country to attempt to destroy our players morale before a major tournament. It’s weird, unpatriotic and sad.”

Unique to this country to attempt to destroy our players morale before a major tournament. It’s weird, unpatriotic and sad. https://t.co/vCfVTm9w0r

Piers Morgan decided to chime in too, Tweeting “Get that gun off his leg” only to be shut down by several users pointing out that his own team, Arsenal, also contains a weapon in the crest.

Maybe you should campaign to get the gun of the Arsenal logo then?!

The undertones of this relentless strand of “reporting” are evident. It yet again exposes their toxic agenda against a young, black footballer playing the best football of his career. Let’s hope that Sterling can silence the haters by continuing his Man City form in Russia this summer.