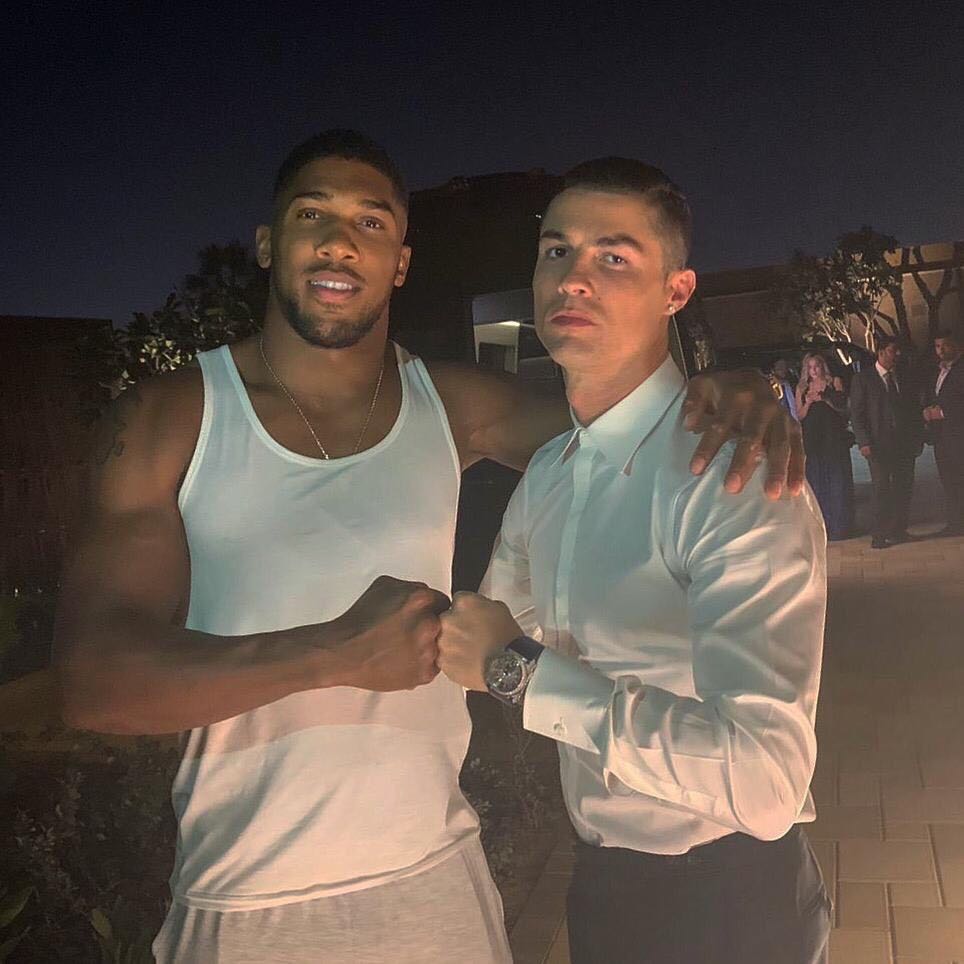 Two sporting goats in the form of World Heavyweight Champion Anthony Joshua and Juventus superstar Cristiano Ronaldo have just linked up out in Dubai.

Ronaldo, who is known to be a big fight fan after previously connecting with Conor McGregor for a work out at the Irishman’s Las Vegas gym, was out in Dubai for the Globe Soccer Awards. He connected with AJ, who is currently on holiday before he gets into hard training ahead of his fight at Wembley in April.

What better way to start the new year. Thanks for the appreciation and the care that I have received today.?????? pic.twitter.com/PJg9XIJlQ1

Ronaldo has been in fine form for Juventus this season, where he’s remained undefeated for his new club while notching 14 goals and 6 assists in 19 Serie A games. Joshua is still negotiating his next fight, with Dilian Whyte tipped to face AJ next with Deontay Wilder now likely to rematch Tyson Fury before a unification bout between the victor takes place later on this year.

In other crossover sports news, watch LeBron James link up with Kylian Mbappé for an inspiring conversation with Nike.