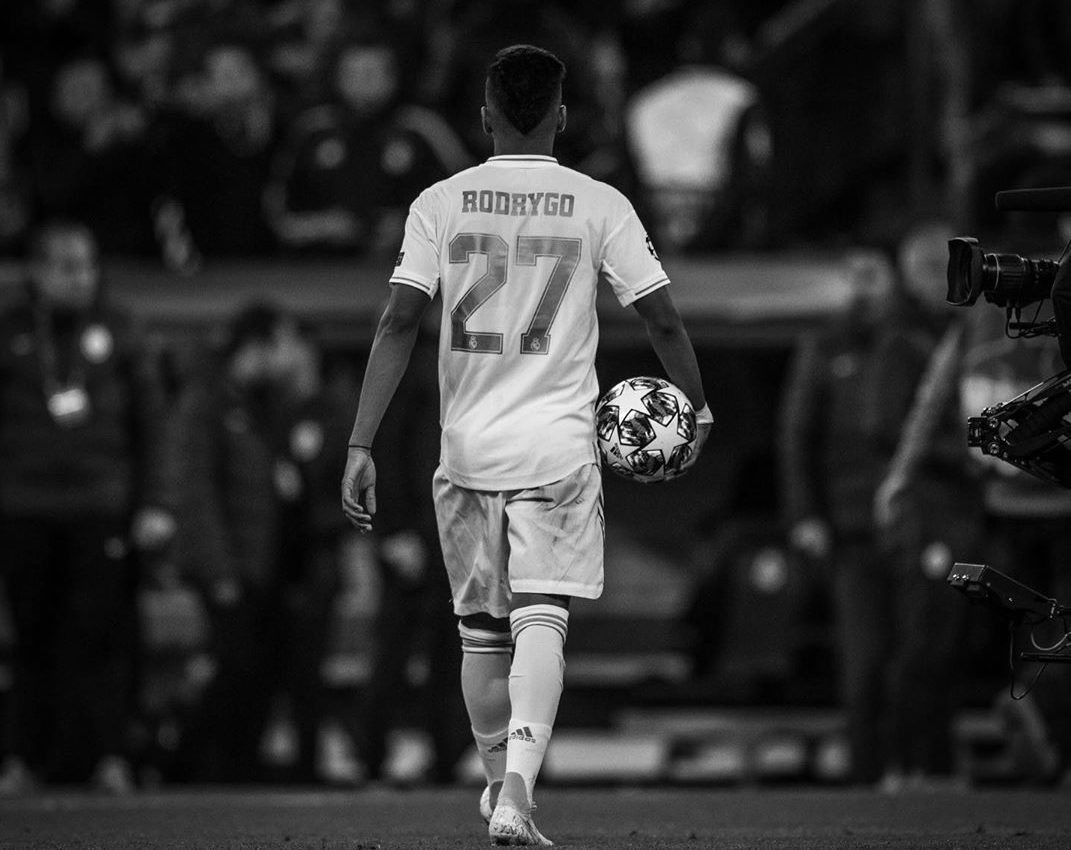 Rodrygo announced himself on the world stage by becoming the youngest player ever to score a perfect hat-trick in the Champions League in just his second appearance in the competition for Real Madrid.

Los Blancos ran out 6-0 winners at the Bernabeu, and the 18-year-old also became the second youngest player to score a Champions League treble in the process, behind club legend Raul.

All of the Brazilian bagsman’s goals were saucy, with his first a cold left footed finish around the keeper before quickly adding a second after clinically dispatching a header off a cross from fellow countryman Marcelo.

After Sergio Ramos denied him to grab a rapid hat-trick by continuing his usual penalty duties and make it 3-0 after 13 minutes, Rodrygo has to wait until the 93rd minute to seal the perfect performance in prodding home a right footed finish to cement his name in the history books. Watch his hat-trick in full below.

Rodrygo became the youngest player to score a perfect hat-trick in the Champions League and only the third to score a hat-trick at 18.