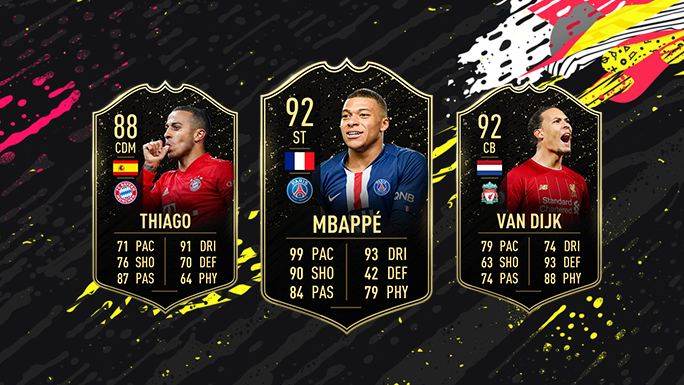 EA SPORTS have just dropped off the latest FIFA 20 Team of the Week 19 squad, and Liverpool’s Virgil Van Dijk, PSG’s Kylian Mbappé and Erling Håland all receive unreal upgrades after their fine form in the last round of fixtures.

Following becoming the first-ever defender to be blessed with a ridiculous 99-rated card in FIFA 20’s Team Of The Year, Big Virg makes the cut in the latest TOTW after his masterful performance against Manchester United. The Liverpool colossus gets boosted with 93 defending, 88 physical and 79 pace stats in another imposing in-form for the Dutchman.

Kylian did Kylian last week in bagging two against his old club, Monaco, to take his tally to 21 goals in 22 games this season and prove he’s showing no signs of slowing down his rise to the top of the game. Mbappé gets insane 99 pace, 90 shooting and 93 dribbling stats to make this card one of the coldest in the game.

Erling Håland bagged a hat-trick with his first three shots on target for Dortmund in a dream debut for his new club, and picked up a beasted, 86-rated card equipped with 90 pace, 88 shooting and 88 physicality. Yikes.

Check out the full TOTW 19 squad below, which will be available to cop in packs tonight from 6pm until January 29. 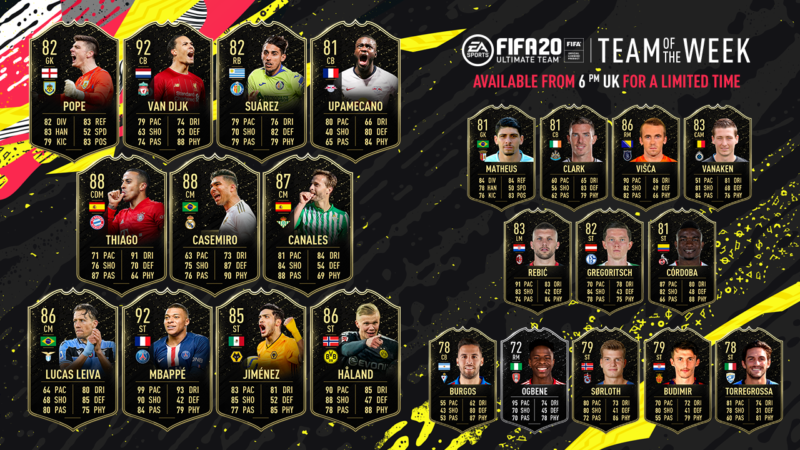