We’re living in a time when the England national team can lay claim to some of the most promising young ballers on the planet.

The clearest evidence of this has been in the St George’s Park trophy cabinet slowly filling up with prizes at youth level, including a golden period in 2017 that saw England win World Cups at U17 and U20 level, while the U19s picked up a European Championship.

Statistically, younger players are getting more first team minutes in the Premier League than ever before, leading to tekky talents like Phil Foden, Brandon Williams and Tammy Abraham getting a regular stream of game time for the country’s biggest clubs.

And while the ‘Concrete Catalonia’ rightly gets hyped as a hotbed for prospective bagsmen, every corner of the country is creating talent right now.

With self-isolation letting our imagination run wild, we worked up a fantasy ‘North vs South’ game to determine which half of the country kicks ball best. 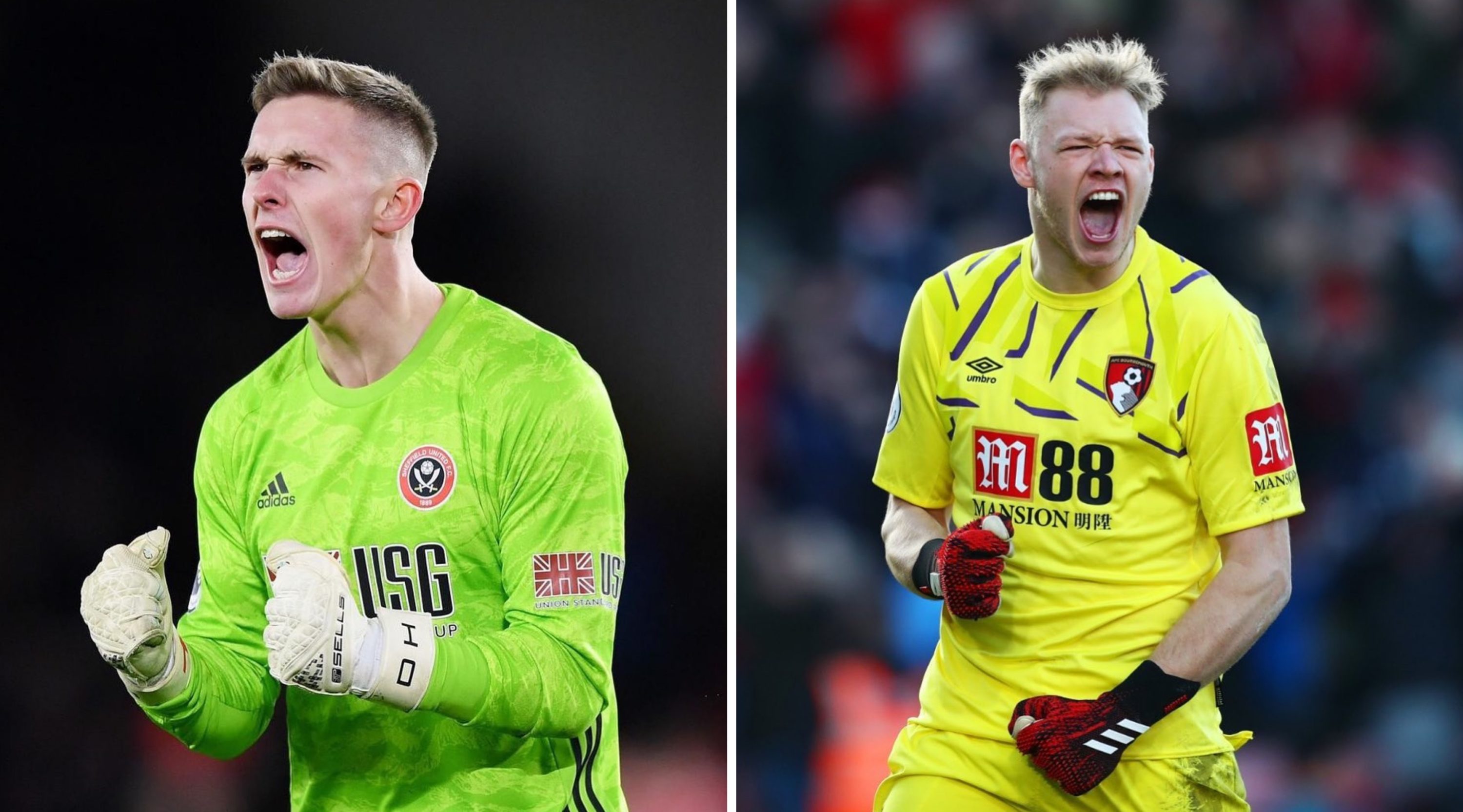 This shot stopper – tipped to be a big star at United in seasons to come – has announced himself this year. Following on from a great Championship stint with the Blades, he has been part of a Sheffield United side that has surprised the world in their Premier League return. Henderson’s shot stopping ability and command of the box make him a real contender for England number one.

Since breaking into the Bournemouth first team this season, Ramsdale hasn’t looked back. One of the youngest keepers in the league playing week in and week out, he has proven to be a pillar for Eddie Howe. As far as the conversation for keepers in South goes, he is the main man and will be hoping he can battle to become one of the top keepers in the Premier League. Having played for England at various levels, he will hope to make the step up to the senior team before too long. 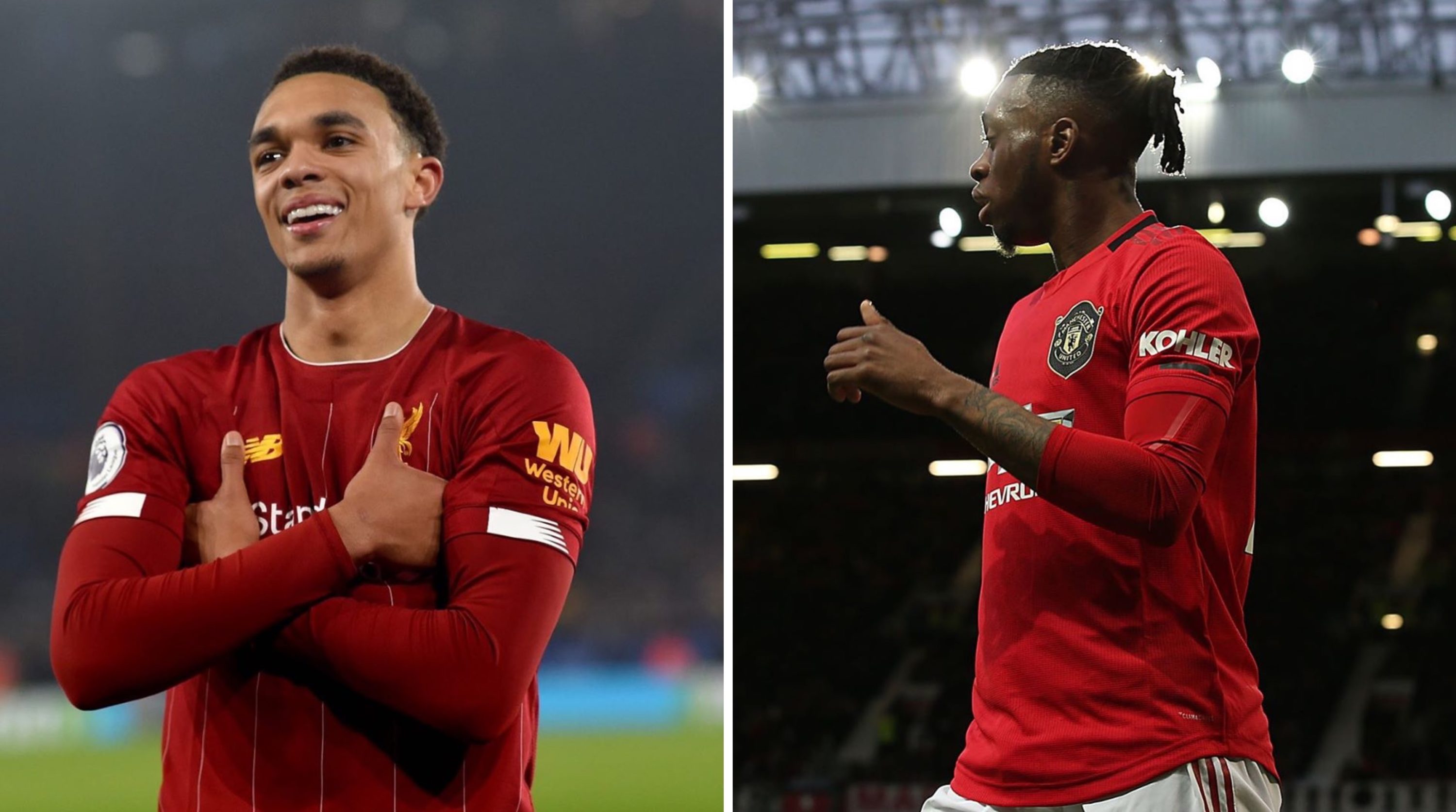 Potentially in the running for Player and Young Player of the Season right now, Trent is a certified baller. Not only has he showcased his ability in the Premier League, he has shown on various occasions he can hold his own in the Champions League. The whip merchant has one of the most feared deliveries in world football and is changing the role of right back in 2020.

One of the most dominant right-backs in the Premier League right now, Aaron has gained a reputation for being hard to beat. He’s been in great form for Man United since making his mega money move there last year, and his level of play is creating genuine competition for England’s right back spot. The clean-up merchant has also shown glimpses of his ability to get forward as of late, showing he can do it at both ends of the pitch. 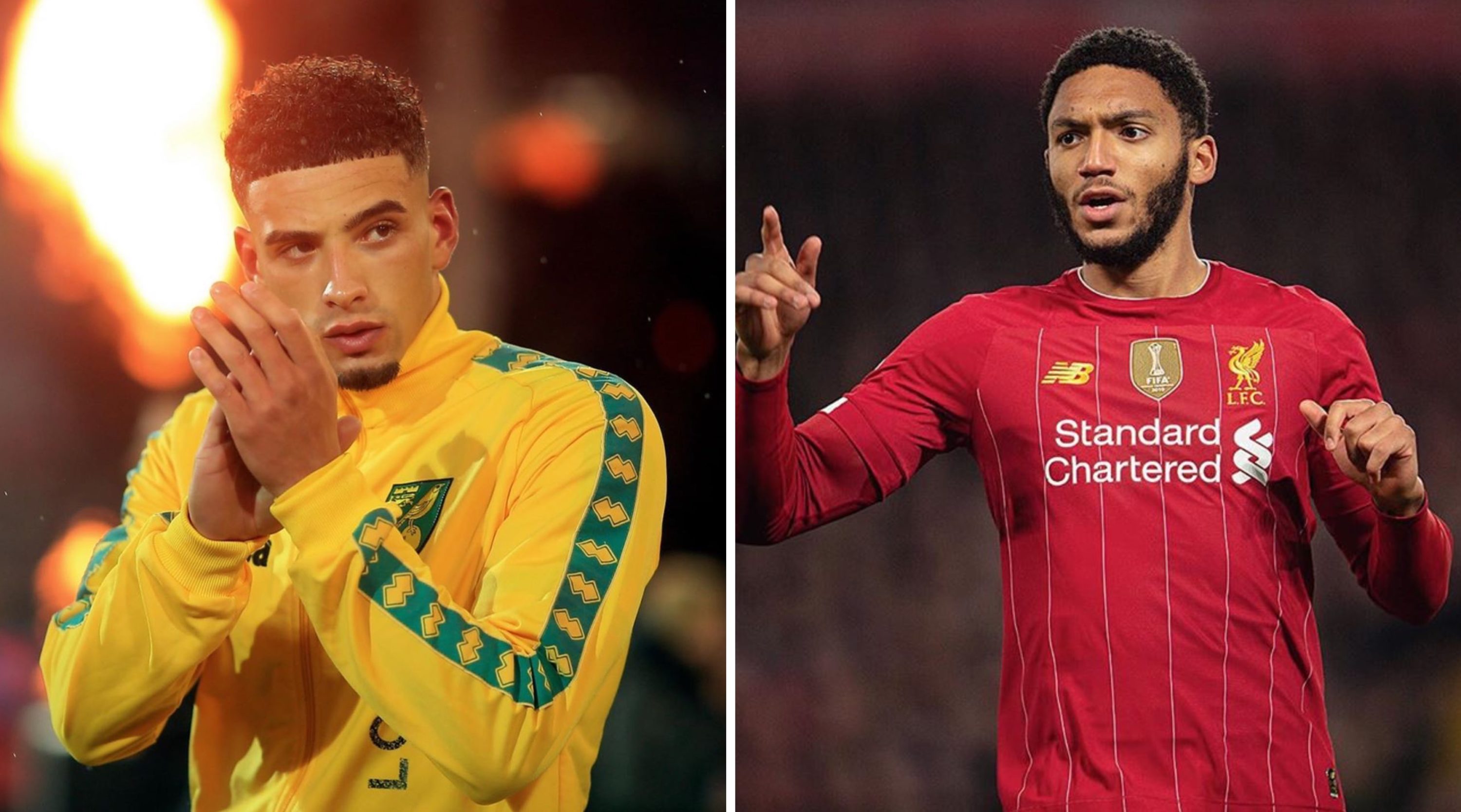 Confident, versatile and a natural leader. The young CB has had a good debut campaign in the Premier League this year, leading to speculation that he could step up to a bigger club this summer. Godfrey has already captained the England U20 side and has support in his corner from Rio Ferdinand to be a big baller as his career progresses. If he can get anywhere close to Rio’s standard, Ben Godfrey will have a stellar international career.

One of South London’s finest ballers, Gomez has managed to nail down a CB position alongside Virgil Van Dijk – giving him direct tutelage from the best in the game right now. Since leaving Charlton back in 2015, Gomez has always shown flashes of potential but being a regular part of the first XI for the official World Champions says all we really need to know. This guy is elite. 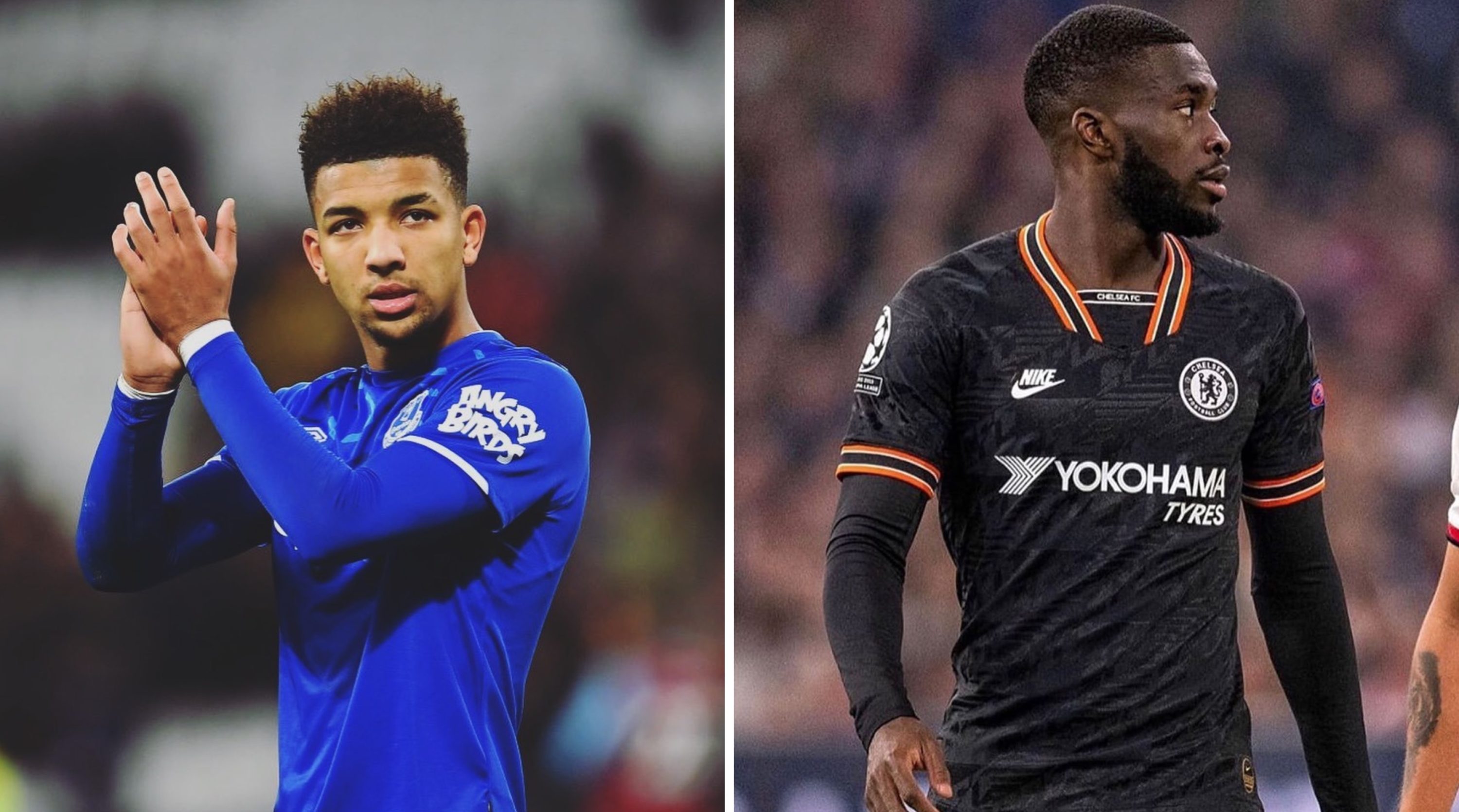 Holgate has become an integral part of Everton’s team this year under a manager who has seen some amazing defenders in Carlo Ancelotti. After a stop-start couple of years, the youngster has done amazingly well to rediscover form and showcase why he could still become a top player in the Prem. The young centre-back was part of the England U21 team at right-back in 2017 but he will be hoping he can compete for the senior team in the near future

Originally born in Canda, the ‘Cobham Cannavaro’ moved to London and first joined Chelsea as an eight-year-old – and it’s where he’s kicked ball ever since. After a string of loan moves, Tomori has made 15 Premier League appearances so far in 2019/20 and bagged two goals – including a wonder strike against Wolves. Big Fik is still learning his trade, but has every chance of becoming Chelsea’s dominant centre back for the next ten years. 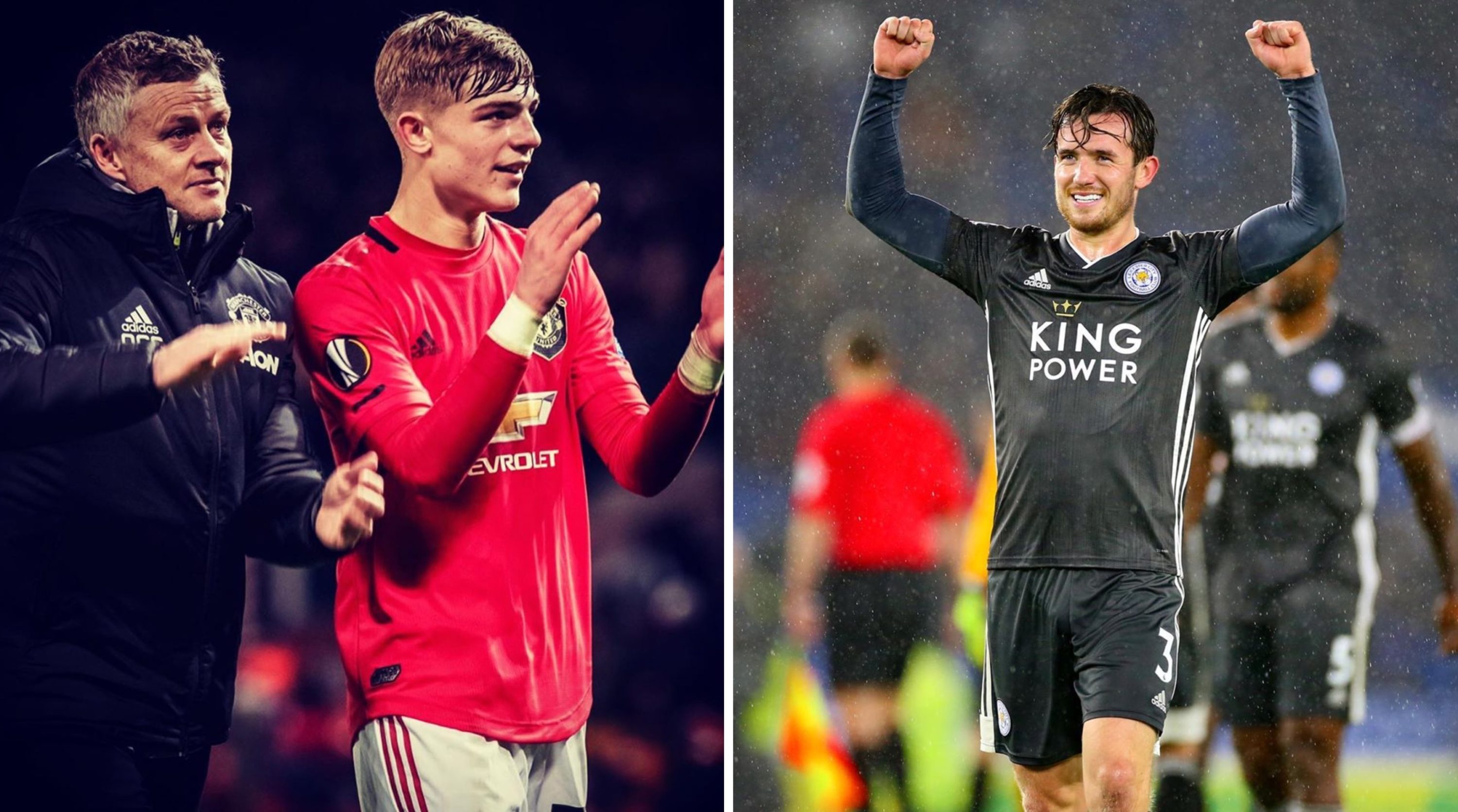 Part of the United’s resurgent new gen under Ole, Williams represents a lot of what the Red Devils stand for: desire, grit and getting up and down the flank. Not only has he grown within the side, he has showcased that he has the ability to become a top player for club and country. On several occasions, he has pocketed some of the best talent in the Prem with a coolness you would expect from a seasoned defender.

As far as left backs go, Chilwell is one of the most competent in the Premier League and is a strong contender to be England’s first choice in the position at the European Championships. His careful balance of defensive solidity and attacking thrust making him a dependable performer, but he’s yet to be tested at the highest level on a regular basis. Champions League football would be a welcome opportunity to see what he’s really made of. 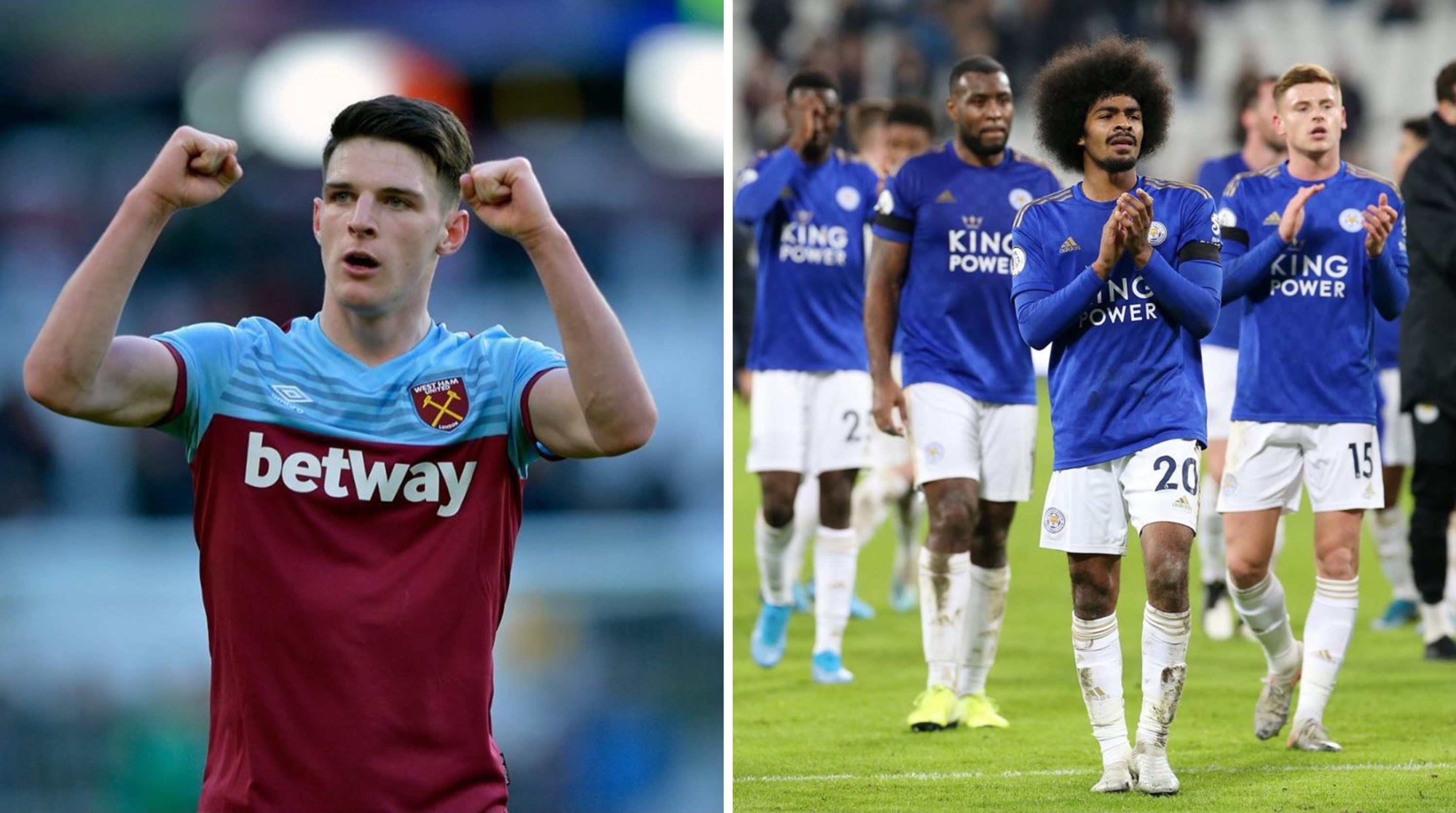 The robust midfielder has grown as a player over the last few years and is becoming ever more important to Leicester, playing 24 games so far this season for the Foxes. The defensive mid isn’t fully matured and is still prone to rash tackles, but that same fight and willingness to put it all on the line is what makes him such an exciting prospect. After becoming a regular in recent years for England U21s, he should be in the mix for a senior call up if he keeps progressing.

From ‘Gun Lean’ goal celebrations to game saving tackles, Declan Rice is one of the most talked-about ballers in the Premier League. The last two seasons have been a good showcase for the young Hammer, and after initially making headlines for his defensive game – the baller has added some attacking thrust to his game that he isn’t always given credit for. Rice is built to be a classic box-to-box CM. 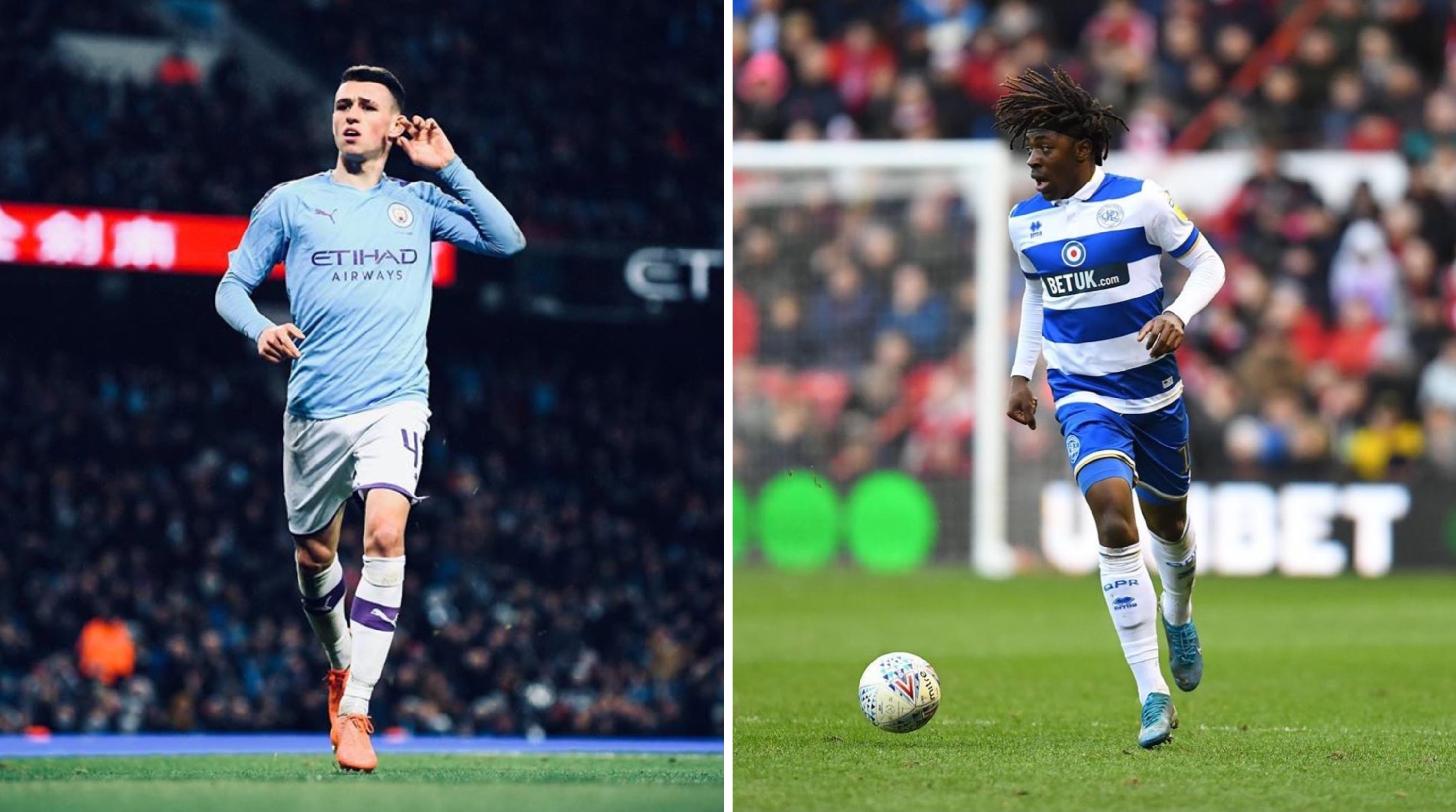 Whether it’s Premier League cameos or League Cup ball outs, Foden has shown he’s a talent and everyone wants to see more of him. His elegance on the pitch is beyond his age and he has all the makings of a top baller, playing with the sort of desire to make every touch count. Already drawing plaudits from Pep as one of the best youngsters he has worked with, the future England star will be hoping to become one of the best players in the league in years to come.

One of the brightest talents in the Championship, it would be safe to bet on Eze not being there for much longer. He has grown season-on-season, having scored 11 goals from midfield so far this season. Brazy goals, insane footwork and just pure drillings in the middle of the park. The Londoner is sure to be subject to a battle between Nigeria and England for his international alleigance. No matter who he chooses, he will definitely be a star. 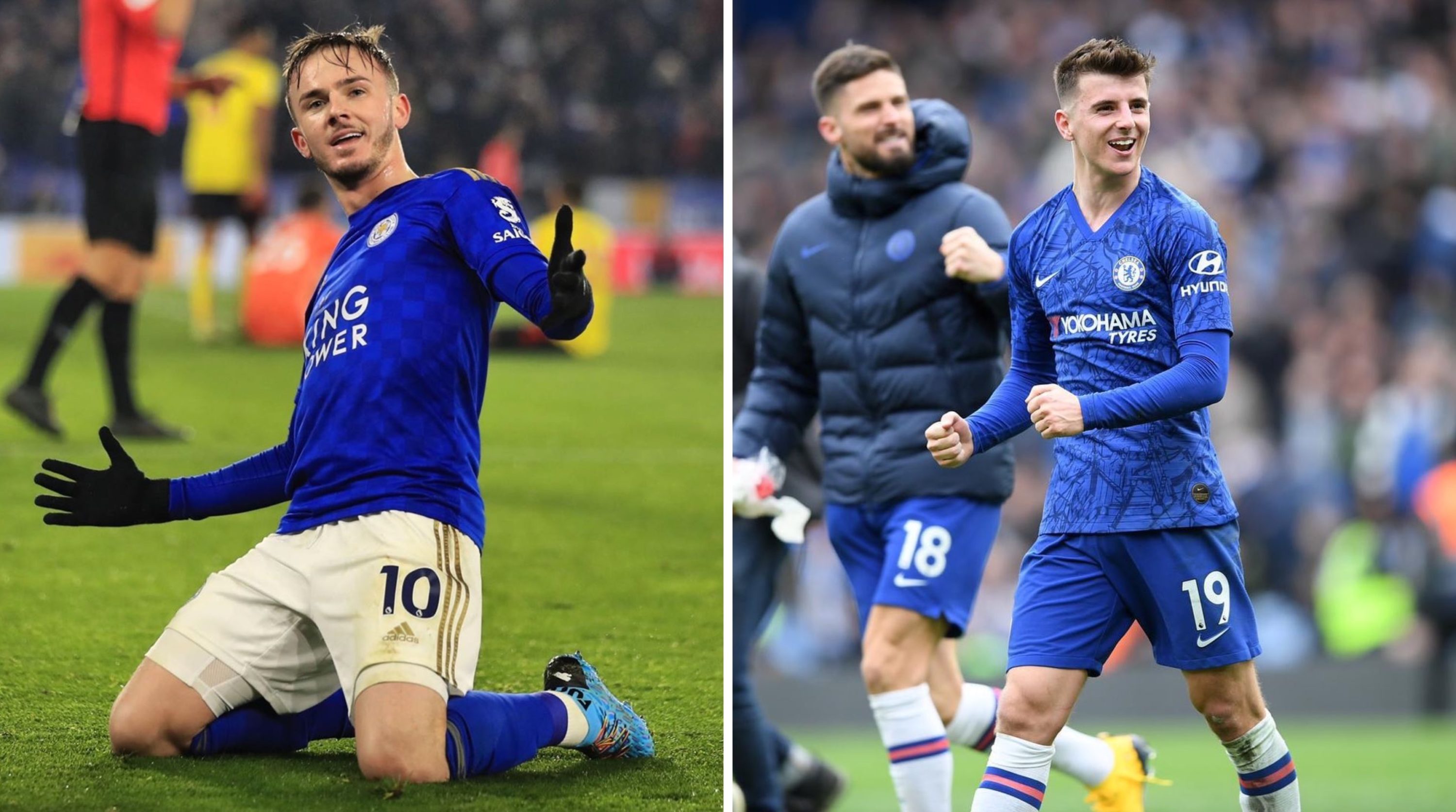 Despite not having an extensive youth international career, James Maddison is one of England’s waviest players. A midfield creator star pulling strings at the top end of the of the league, Maddison is patiently waiting for his opportunity to stake a claim for England in midfield. The Off-White Okocha has been praised for his ability to score and create, with six goals and three assists in 2019/20.

The Chelsea starlet is versatile and gives everything. Many wonder whether he can follow in the footsteps of his manager Frank Lampard and become a colossus in midfield, scoring goals for fun. A good return this season for Chelsea and a handful of England performances are the foundation of what could be a stellar career. If he can kick on next season and impact games against the biggest teams in the league, it’ll take him to the next level. 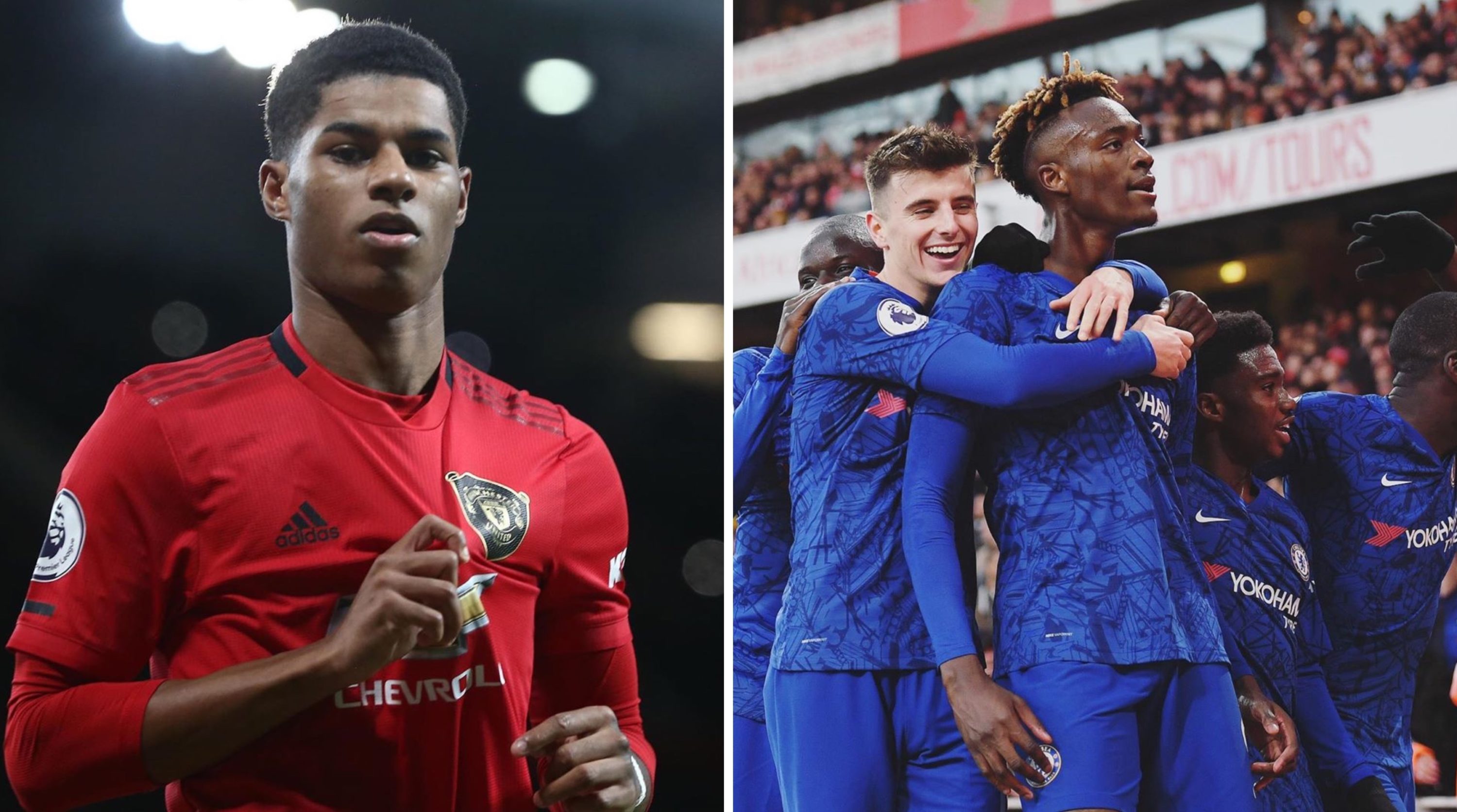 Sir Marcus is a national treasure and a certified bagman. Following on from his development phase, Rash has been successful in taking his game to another level. The sauce is undeniable – freekicks, near posts finishes, deadly dribbles – the Manchester Maradona has got it all. A poster boy both on and off the pitch, he really is one of the real star boys of the Premier League and the England national team.

Tasked with being Chelsea’s main man this year, Tammy has not disappointed. He has managed to get game-winning goals for his team, but still left the impression that more is to come. Having bossed the Championship in more than one season, this big step up was what he needed, and he has delivered. Like Rashford, his job now is to become an undroppable force for club and country. 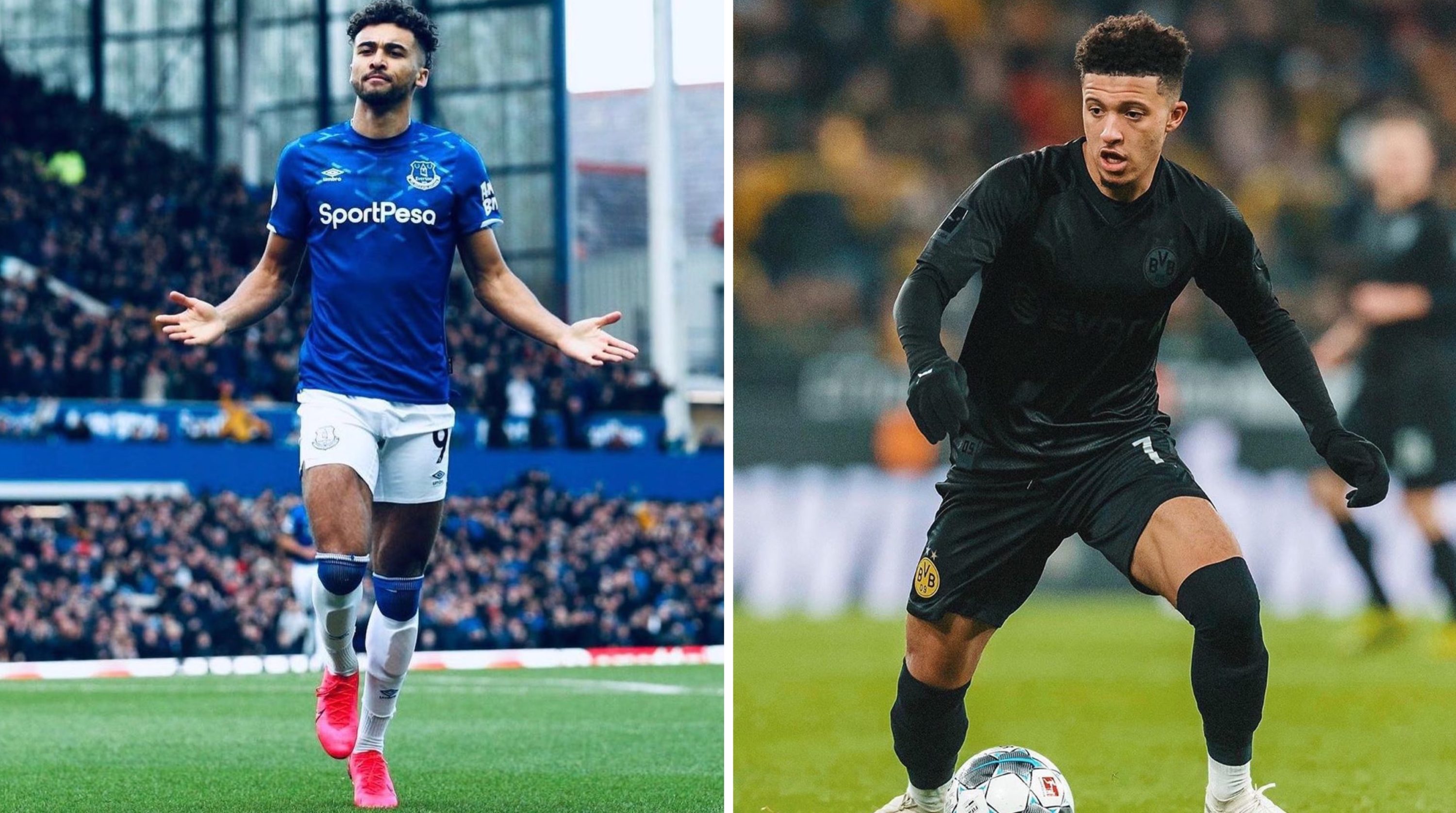 A seasoned England youth international, Calvert-Lewin has progressed so much as a footballer in the last year and he’s made a lot of critics eat their words. He always had the ambition and bustle, but he has added something to his game which has elevated him to another realm, the ability to be a bagsman! With the Euros being delayed, it can be argued he is the person who misses out the most as his return this season could have meant he would be on the plane. DCL’s ambition means he will slug it out with anyone to get to the top.

There is not much that needs to be said about starboy Sancho. He’s one of the best players in Europe right now across any category, putting numbers on the board that rival any great attacker in the game. 17 goals and 19 assists in all competitions make the Kennington kid a world class threat. 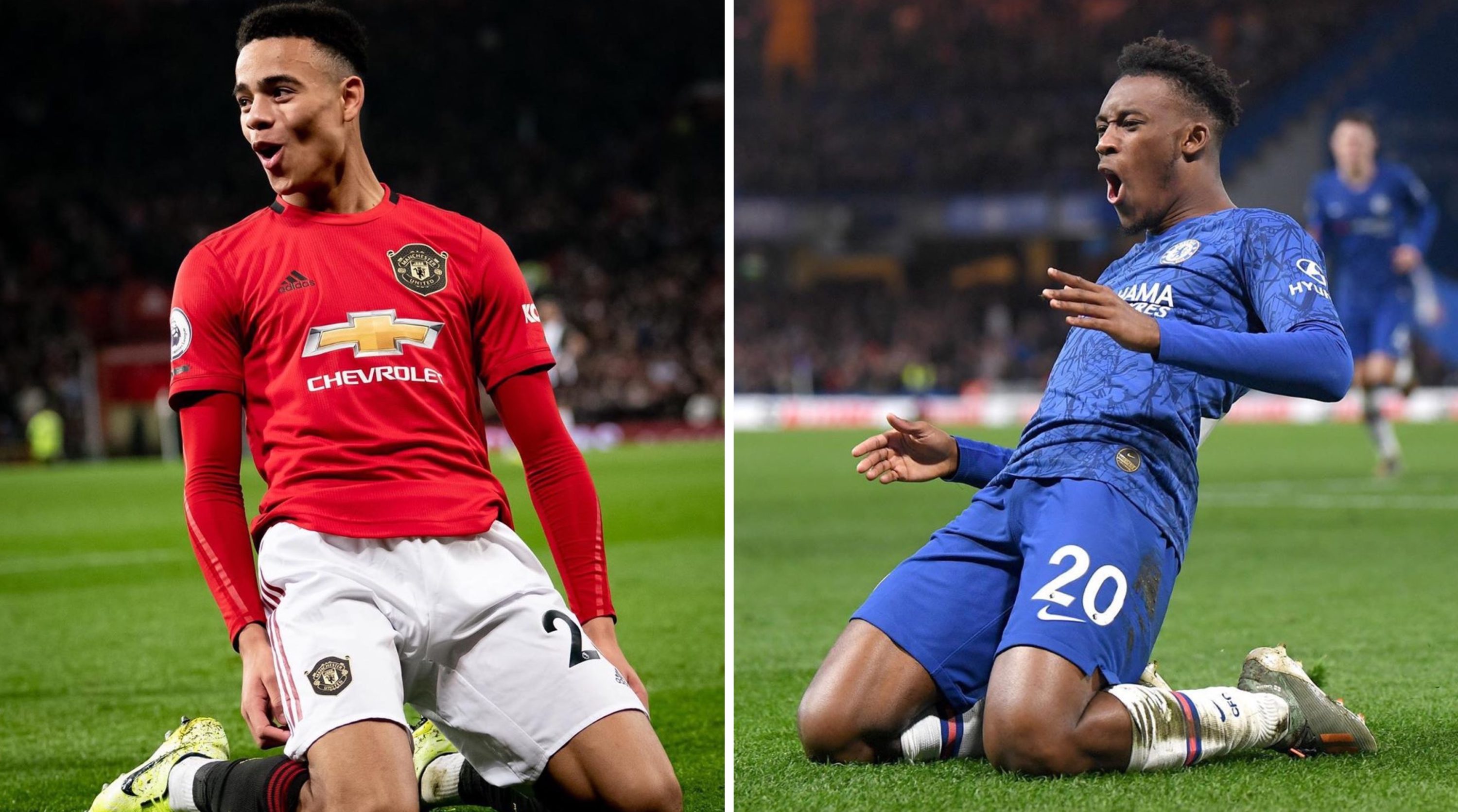 Another Red Devil making waves, Mason Greenwood is the brightest forward to come out of Carrington since Marchs Rashford. His ability has not gone unnoticed. Fast tracked to the U21s internationally, the forward will be hoping that his first season with the seniors at United is an indication of what is to come. 12 goals in 36 with some frightening finishes has seen him announce himself. His progress will be fascinating to watch.

Of all the ballers in Chelsea’s new school, Calteck probably has the highest ceiling. An impressive breakthrough season in 2018/19, which saw CHO tear up Europe on a weekly basis, was halted by a serious Achilles injury in April 2019. Hudson-Odoi is still working his way back to full fitness but has shown glimpses of the form that invited a £35m bid from Bayern Munich in 2019, scoring his first PL goal for Chelsea in January 2020. People shouldn’t use his injury as an excuse to sleep on his ability.