In ‘What Ballers Wear’, we link up with the most exciting players in the women's game and catch a vibe with them while they dive into their wardrobes before flexing their coldest fits. Next up, we meet one of the game's biggest midfield maestros: Keira Walsh.

Keira Walsh is known as one of the coolest midfielders in the game. The 25-year-old has the ability to control the pace of a match with a single pass. Her through-balls can cut through the length of the pitch and the opposition’s defence in mere seconds. Since making her senior club debut in 2014 at just 17, Walsh has celebrated a ‘double-century’ with her childhood club Manchester City, and has won three FA Cups, four Continental Cups and one WSL title. The 2019 She Believes Champion bagged the inaugural Arnold Clark Cup earlier this year, beating Ballon d’Or winner Alexia Putellas and her Spanish side in the process. Having recently clinched the final Women’s Champions League spot with City, Keira Walsh is looking to once again make her mark on club football’s biggest competition, but not before she tears things up on home soil at this summer’s UEFA Women’s Euros.

KW24 is a baller who’s wise beyond her years, something many - and rightly so - have often praised her for. Her calm nature and cool-headedness when on the ball is something she’s renowned for, but there’s a lot more to Keira Walsh than her on-the-pitch antics. VERSUS sat down with the Rochdale Rocket for our latest instalment of ‘What Ballers Wear’ to find out what role she thinks fashion plays in football, how she defines her own sense of style and who are the players setting trends off the pitch with their fits. 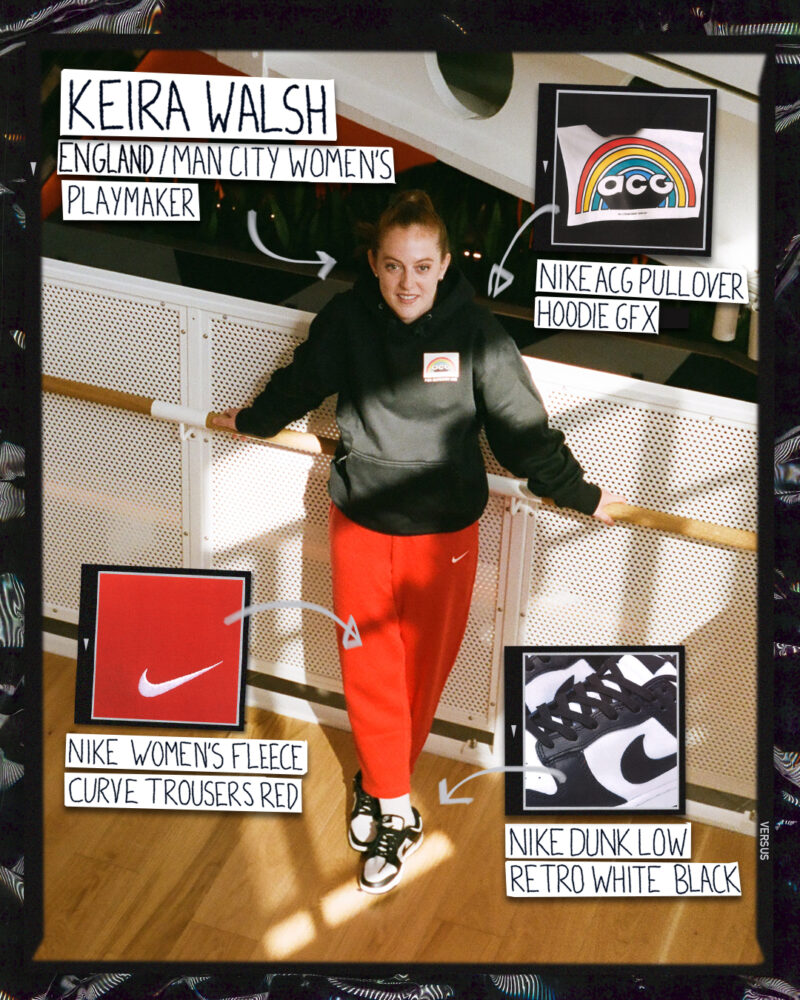 “When I go shopping, I usually have a clear image of what I’m looking for. I don’t ever browse, really.” Walsh is quick to explain when asked to consider her style and what it means to her. “And I don’t tend to wear what everyone else is wearing. I do try to look a little bit – not different to everyone else – but not too ‘mainstream’, if that makes sense?” And it does. The midfielder turned up to our shoot in a pair of sacai X Nike VaporWaffle White Sails while donning a plain white Nocta tee, prime examples of comfort and style rolled into one. “As long as I’m comfortable in what I’m wearing, that’s the main thing for me. I think there’s no point in wearing something if you’re not comfortable!” A fan of minimalism in fashion, Walsh has always liked how Scandinavian players dress. “It’s minimal style-wise, and so often comes across as quite effortless” but something we’re quick to notice is Walsh’s love of all things sneakers – as she gives a considered nod to my Nike Dunk Low Lemon Drops: “they’re class they are!” So we waste no time in asking what her favourite pair of creps are.

“I also really like Nike’s collabs with Stussy and Off-White, I think they’ve made some really cool pieces together over the years. Including this grey Stussy tracksuit!” 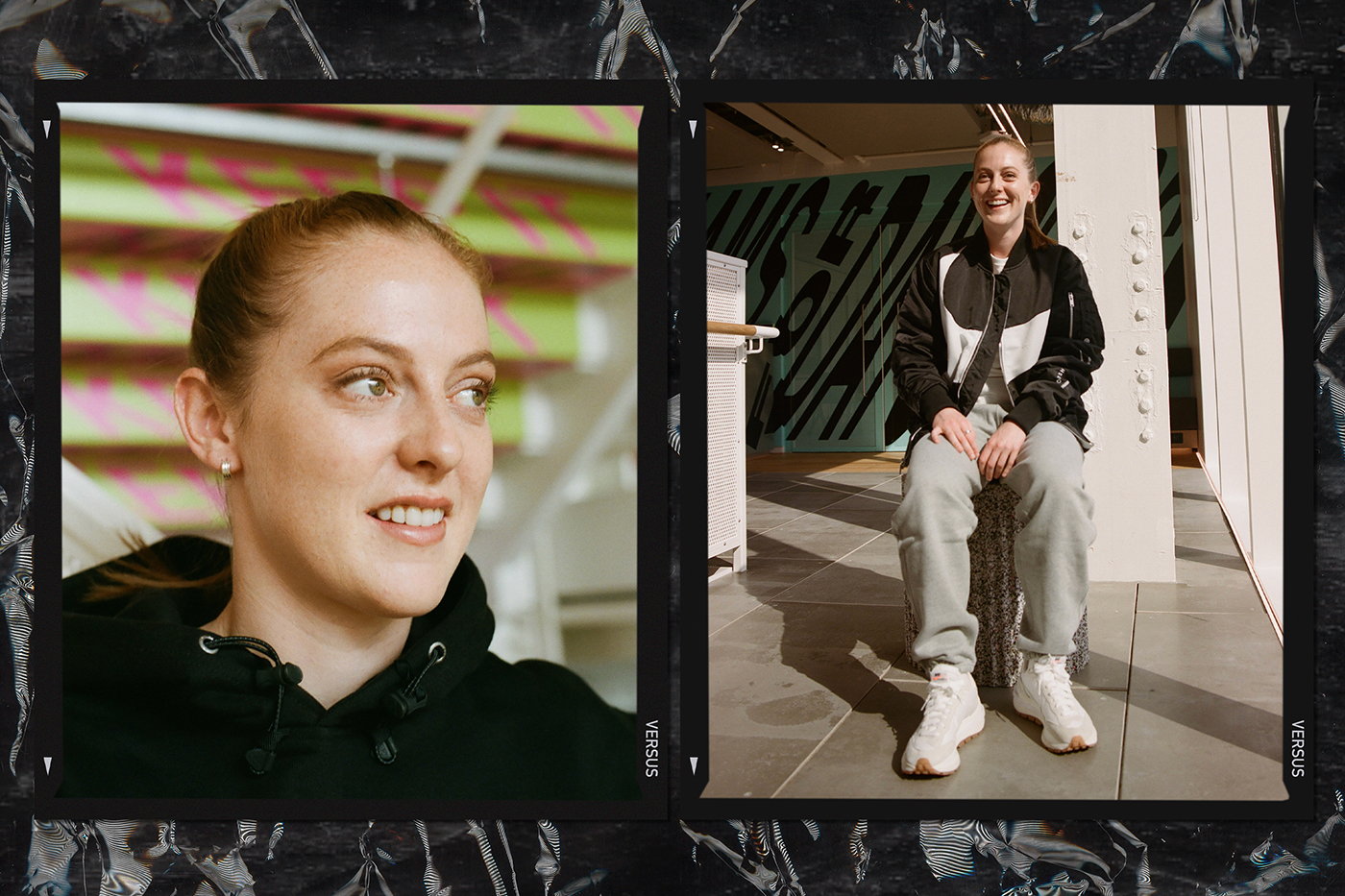 “I really like Jordan 4s. I like the silhouette. I feel like everyone else prefers Jordan 1s, but for me, it’s the 4s all day.” And when it comes to all things apparel, she once again gives Jordan its flowers. “I am a big Jordan fan, I’ve got this matching two-piece set at home – a shirt and trousers combo. It’s not too casual, and I really like that. I think Nike have really upped their game recently when it comes to all things lifestyle. I also really like Nike’s collabs with Stussy and Off-White, I think they’ve made some really cool pieces together over the years. Including this grey Stussy tracksuit! Simple, comfortable and it looks good!” And she’s not wrong. Walsh comes across confident when wearing clothes she really loves, just as confident as she is on the pitch with a ball at her feet.

We asked whether there are any parallels between the way she dresses and the way she plays football. “I think my personality is quite laid-back and relaxed – I don’t mind not being centre of attention most of the time, which kind of fits in with my position maybe? The same can be said for the way I dress: quite relaxed, casual, and very suited to me as a person.” And when it comes to some of her teammates and the way they dress, Walsh is full of praise for those who also put themselves at the centre of their style. “I really rate the way Leah Williamson dresses. Some of the clothes she wears, I wouldn’t be able to pull them off! But she just looks so good in them. I think Lucy (Bronze) wears some cool outfits too, and Ellie (Roebuck). I actually think the way she dresses really suits her. She’s another one who’s not really bothered by what other people think of her style – she’s comfortable and unique in what she wears, and I respect that.”

“Players in the NWSL rock up to games before KO in whatever they want…they use it as an opportunity to promote different initiatives and campaigns that are important to them. I love that.” 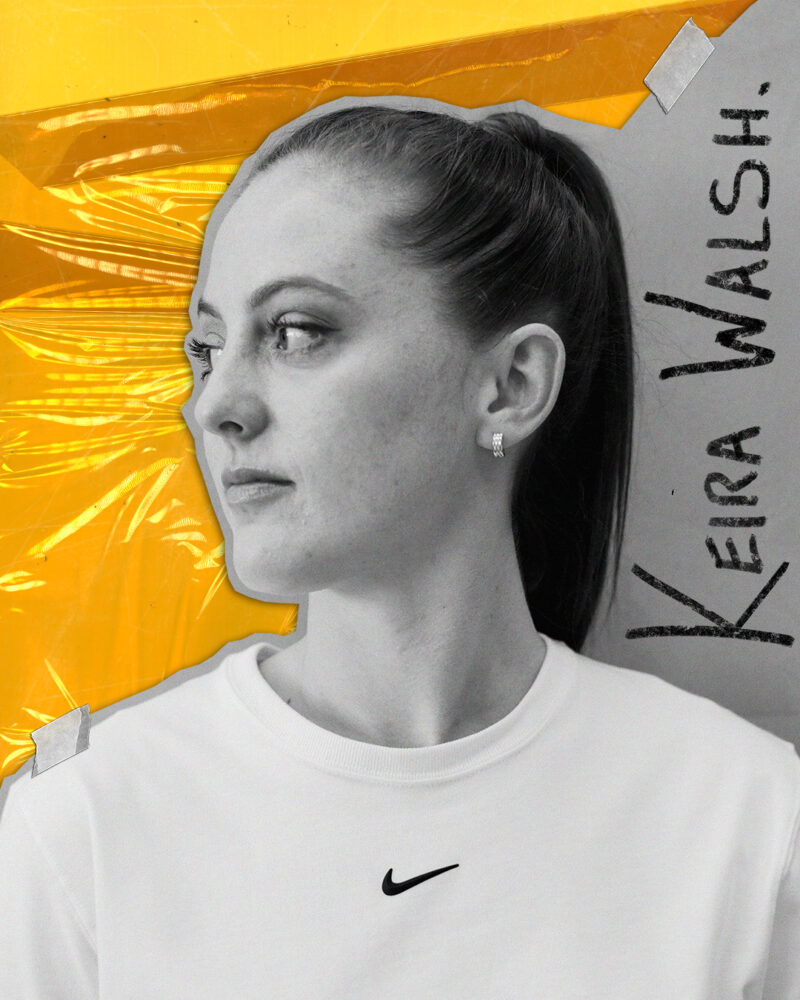 Walsh’s appreciation for those willing to express themselves off the pitch as well as on it, is just one of the reasons why she’s one of the most highly regarded players in English women’s football. Coming from a generation who are keen to make the world a better place using the game they love, Walsh speaks candidly about how fashion and football can do just that. “Do you know what I think is sick? How players in the NWSL rock up to games before KO in whatever they want. What I love as well, is how they use it as an opportunity to promote different initiatives and campaigns that are important to them. A lot of them recently wore t-shirts that said: ‘Protect Trans Kids’. Using fashion and your platform for a good cause is amazing. I love that.”

“I think what I’m wearing and how I’m choosing to present myself doesn’t affect my game one bit. I am just being me.” 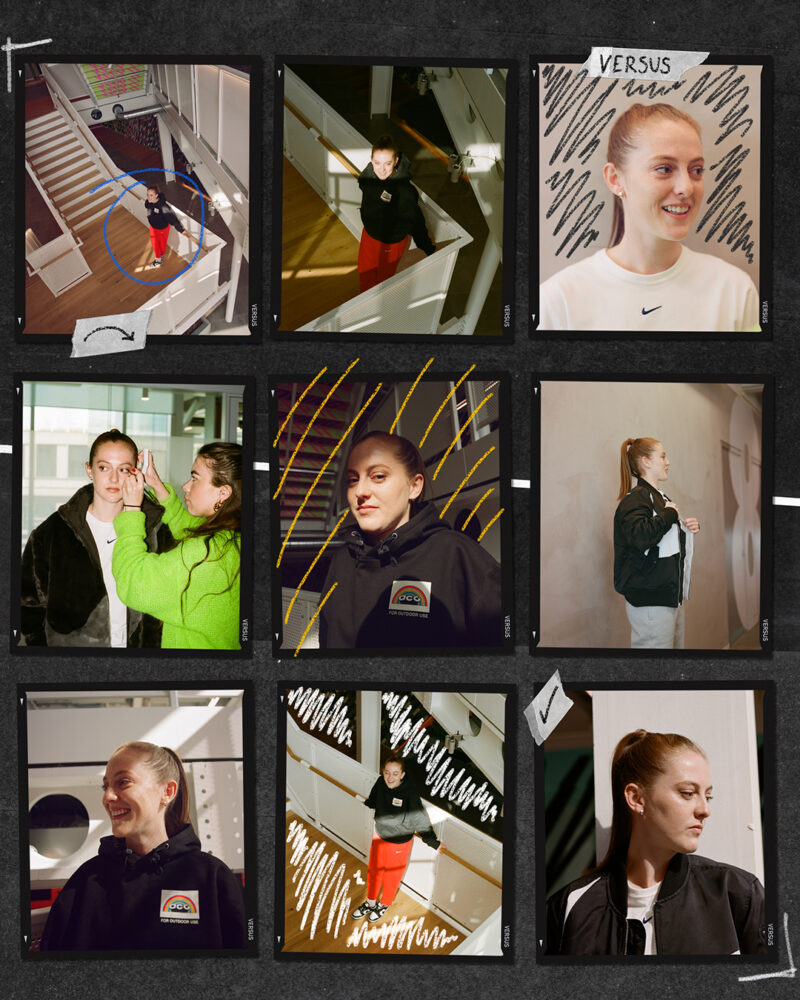 When asked whether fashion has more of a role to play in women’s football today compared to ten years ago, Walsh said: “I think players express themselves a little more off the pitch nowadays. Maybe that’s because we have more coverage and fans want to know about players as people a little more, but also I think society is generally more accepting of those showing and being who they want to be.” We asked her what she’d say to those who think footballers should just stick to football, and how anything outside the game is a ‘distraction’. “I think what I’m wearing and how I’m choosing to present myself doesn’t affect my game one bit. I am just being me.”

Although Walsh wears a pair of Panda Dunks, she doesn’t see the world in black and white, but in full colour. Her role as one of the game’s most clinical and mature midfielders is just one of many. Walsh is as much an advocate for progress off the pitch as she is on it. Whether that’s through wearing whatever suits her personality to highlighting and praising others for using their platforms to make a positive difference in the world. Keira Walsh is using fashion and football as her vehicle for change, and we’re here for it.

Photography by Serena Brown for VERSUS.