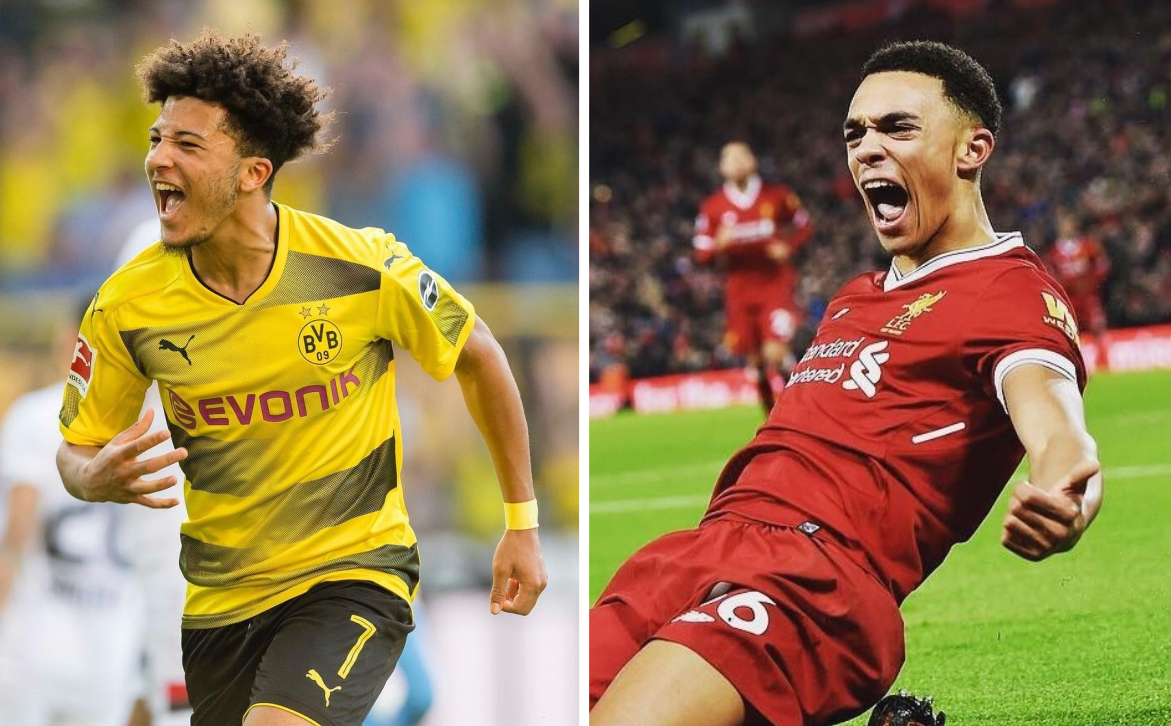 England’s new wave could be on its way to the FIFA World Cup.

Reports have emerged that with under one week to go until Gareth Southgate names his England squad for the tournament, the England manager is considering giving a series of uncapped players a surprising big break.

Among those in the frame for a trip to Russia includes Borussia Dortmund’s 18-year-old Jadon Sancho and Liverpool’s young defender Trent Alexander-Arnold. Both have received caps for England’s prize-winning youth teams but neither have made a senior appearance yet.

Jadon Sancho is a problem 🔥 pic.twitter.com/xVhQJkhBp5

Injuries to a trio of Liverpool players – Alex Oxlade-Chamberlain, Adam Lallana and Joe Gomez – have opened the door for some players to make a surprise leap into Southgate’s squad. Others in contention are Fulham’s all-conquering Ryan Sessegnon and winger Ademola Lookman, who is on loan at Red Bull Leipzig from Everton.

England’s World Cup squad is named on May 16th.