Mentality is everything when it comes to making it as a professional footballer. At just 16-years-old, Billy Gilmour left his boyhood club – Rangers – to move 411 miles down south to Chelsea, at a time when the club's young prospects weren't really getting the first team opportunities they deserved.

Making that sort of move requires minerals, and two years on, with Gilmour now 18, you could never accuse the young baller of lacking an elite mindset. The midfielder achieved his first dream earlier this season when he made his Premier League debut against Sheffield United, before playing 90 minutes – and running the show – in a 7-1 Carabao Cup win over Grimsby Town. The performance gave the world a taste of what's to come from Gilmour, and saw Frank Lampard label the 18-year-old as the "best player on the pitch".

Running games from such a young age has already seen Gilmour compared to former club icon Cesc Fabregas – a player who he models his own game on – and a natural understudy for Jorginho in the current set up at Stamford Bridge. Labelled the 'Scottish Iniesta’ by Chelsea fans in a song already penned for the precocious playmaker, Gilmour is on a fast-track to becoming a Chelsea regular and the future of Scotland's national team.

We caught up with Billy Gilmour at the launch of the new Predator 20 'Mutator' to talk through his rise at Rangers, breaking through at Chelsea and how he became a low-key Burberry model – all while still being just 18-years-old. 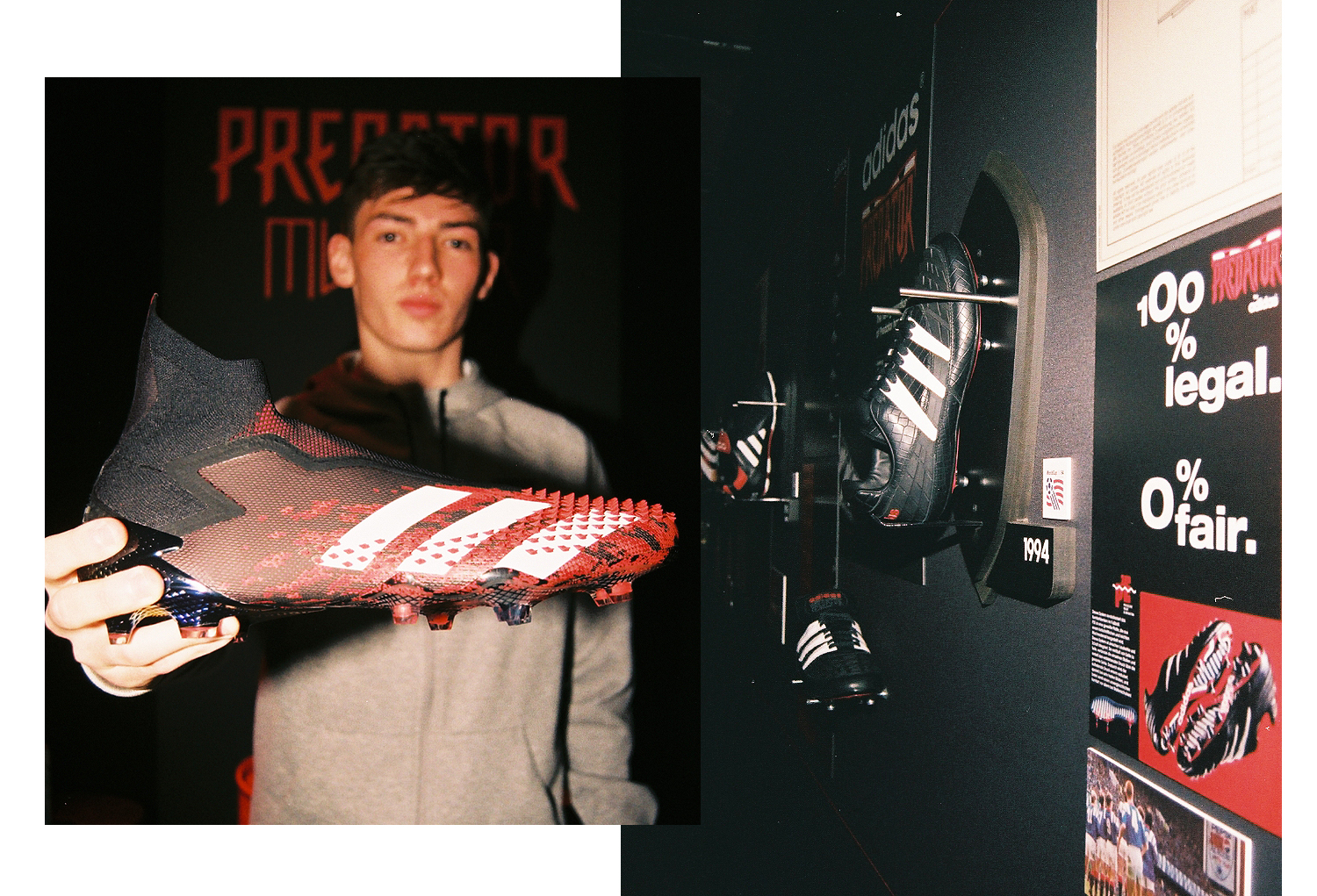 VERSUS: We’re here to see the new adidas Predator 20 Mutator boot. Have you tried it yet – how does it feel?

Billy Gilmour: Yeah, I’ve already worn the boots out in training. They’re very comfortable – the new DEMONSKIN feels really different, but better on foot for sure. The strike you get with it feels great.

What were you first memories of football and how did you first get into playing?

I remember being taken down the park up in Scotland, with me, my mum, and my grandad. I would go down and kick a ball about for hours on end. That’s where it all started. I would just do that every single weekend.

What was it like growing up in Glasgow? Where were the places you were upping your skills and who were the people responsible for getting you to the level you were at now?

My mum worked till 4 o’clock every day and my dad was away with the Navy when I was young, so my grandad helped out a lot in getting me to training and stuff. My aunty and uncle helped out loads too. They used to take me up to the bus to Rangers after school and then pick me up after at 9 o’clock at night every day – so it was long days for them, then the next day it would be the same thing, all over again.

You made the jump from Rangers to Chelsea at 16 to live on your own in London. What motivated you to make such an independent move from your boyhood club at such a young age?

It was my dream to come to the Premier League, to be honest. It’s any kids dream to play in the Prem – I did it this year, so that day, I felt like I accomplished my dream. But it was also about improving myself as a player – playing against better players forces you to grow up and mature.

It was the best move I’ve made in my life so far, absolutely no regrets about it! I’m loving living in London as well – completely different energy to Glasgow. It’s a lot busier here, and a wee bit warmer as well – I’ve even got a tan now! 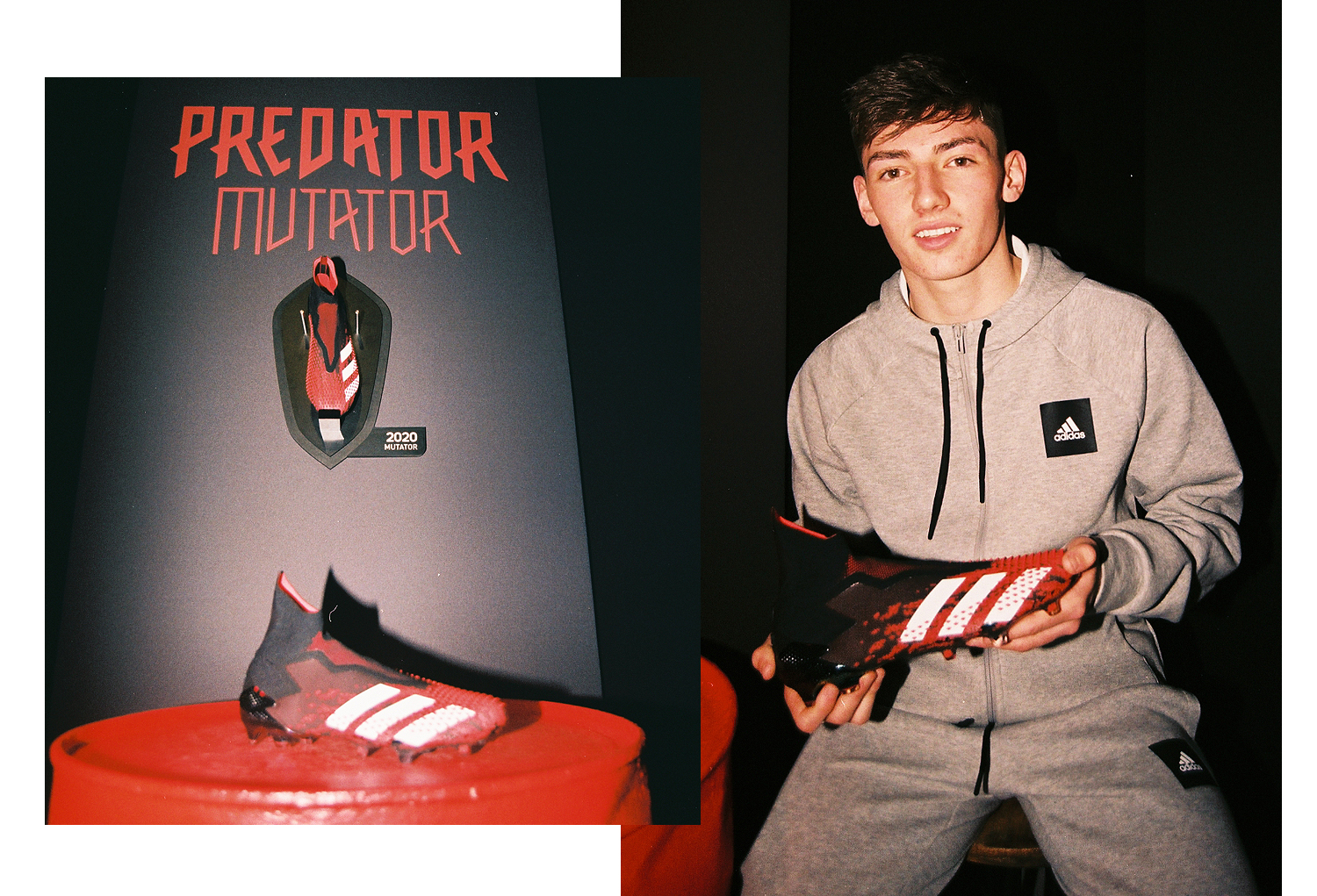 “I’m playing against the best players every single week, and that’s what you strive to do as a young player.”

What’s it been like developing your game at Chelsea?

You’ve previously said that you wanted to be the best player at the club when you were at Rangers. Have you kept that mentality as a Chelsea player?

I’d think it’s the same mentality as any young boy growing up playing football. No-one wants to settle for second best. I want to be the best at everything I do, whether that’s football, at school, in maths…everything! I’m a very competitive individual.

At International level, you’ve been named Revelation of the Tournament in Toulon back in 2018 – do you believe you’ll break into the senior Scotland side this year?

Well hopefully! There’s no set date on it, but hopefully I can make use of any opportunity I am afforded and get into the first team. That’s the dream – representing your country at the top level – so that’s definitely something I’m targeting this year.

You’ve been compared to Luka Modric and studied Cesc Fabregas’ game at Chelsea. Which are the key players you’ve modelled your game on?

Cesc is definitely someone who I’ve compared my game to a lot in recent years. He was a top player, still is, so he’s someone who I aim to model myself on. Modric as you said…Iniesta is another, Frenkie de Jong too – I love watching him play. These were and still are the players I watch all the time and base my game on. I’ve watched countless YouTube clips of midfielders in my position – “Art of Passing” compilations – that’s all I’ve been watching!

Is seeing fellow academy’s graduates like Tammy, Mason, Fikayo, Callum and Reece become established first team players inspiring for you and give you confidence that you will too?

We all have different pathways into the first team, but it definitely gives you confidence. All those boys are a bit older than me, and are experienced players, with the likes of Fikayo, Mason, Reece and Tammy having been on loan and Callum doing so well at the club. It’s been good watching their progression and seeing them get game time – and working with the gaffer, who gives young players minutes, give you the confidence that you can make the step up too. 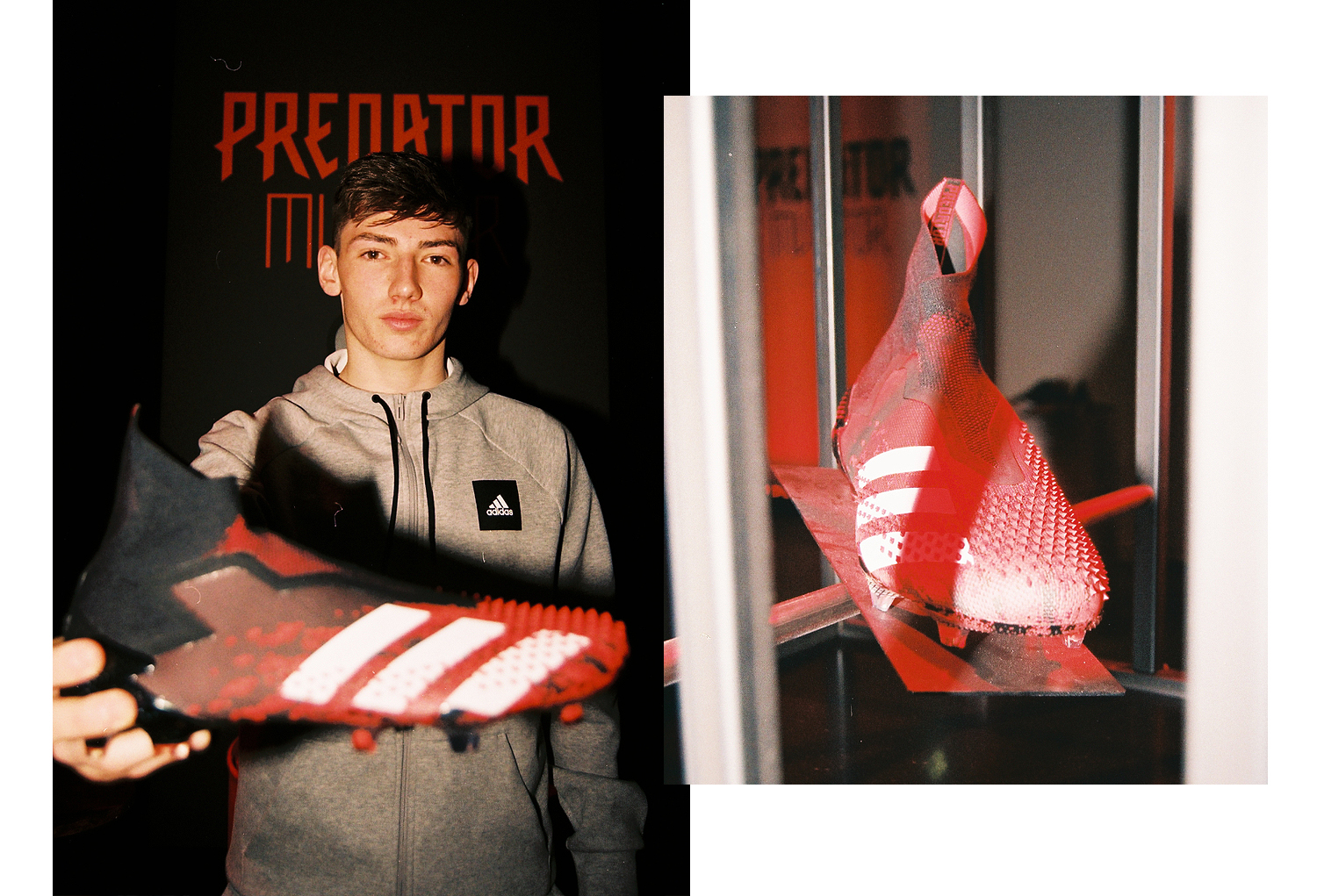 “The culture at Chelsea is to not accept second best – that suits my mentality.”

Are you looking to emulate the success and trophies you’ve had at youth level with Chelsea at senior level?

Aye, we were quadruple winners! The culture at Chelsea is to not accept second best, and me being as competitive as I am, that’s something that suited my mentality. I’ve been here two-and-a-half years, and being a part of a culture that doesn’t “do losing” has been good for my development.

What has the dialogue been like with the boss – how is he helping you improve your game?

We go over it in training a lot, and there’s a real togetherness at Chelsea at the moment. With all the young lads being trusted by the gaffer, and with me being taken in the match day squads and given Premier League minutes and the game against Grimsby, he doesn’t need to say anything more. I can feel that he trusts me by showing me like that. I have to keep working hard.

Not many people may know this, but you actually modelled for Burberry when you were younger – how did that opportunity come about?

I actually don’t know! My agent just rang me up after training out of the blue one day and asked “fancy being a model?”. I was like “what?”…he said “it’s only gonna be for a year, just a couple of shoots.” I then said, “for who?” and he said “for Burberry”…it was at that point where I said “aye!” (laughs).

I was getting a bit of stick in the training room off the pitch for that when the pictures came through, but it was definitely worth it – it was some buzz, something different as well!

What music are you listening to on match days? Is Gerry Cinnamon on the playlist?

Nah, I don’t like him! But I’ll usually be listening to some R&B if I’m chilling. Before match days, it’ll be house – that gets me bang in the mood for the game.

Gaining some experience with the first team, hopefully getting some Premier League minutes, and then building from there!