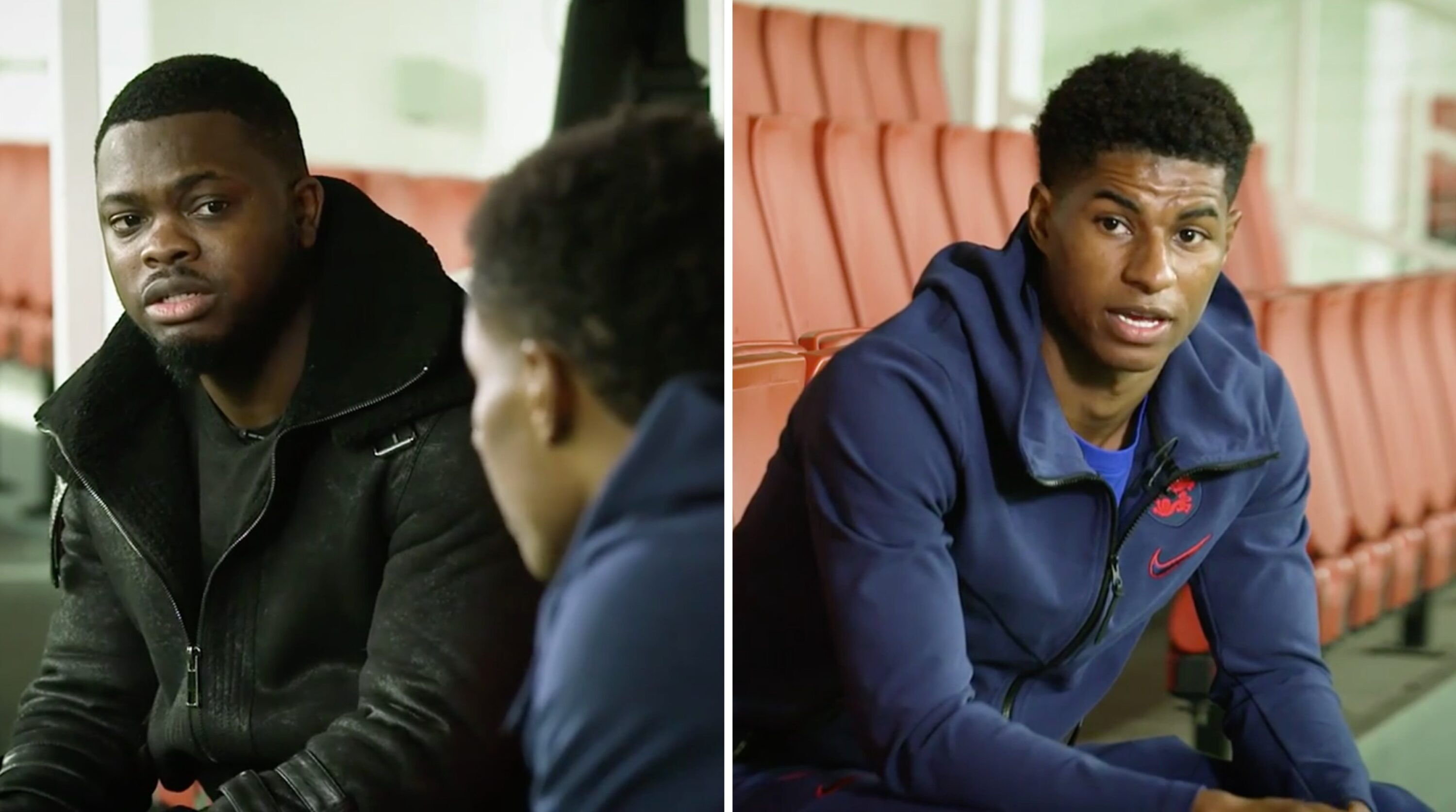 Marcus Rashford links up with Sideman to talk about his upbringing and what influenced him to tackle social injustice in a new content series from the FA, Facebook and Refresh Productions titled ‘Black, England and Proud’.

The series is produced by broadcaster and filmmaker Leon Mann. Speaking on the series, Mann said: “Black, England and Proud is a celebration of Black culture, diverse communities and the incredible contribution people of African and Caribbean heritage have made to the national side. Vitally, it also offers an opportunity to learn more about the rich diversity of Black people in England – and our experiences – through our footballers.”

Further episodes of the series will follow through the rest of 2020, with present and past members of the men’s and women’s squads discussing their personal relationships with their national team.

As part of this partnership, The FA will be working with Facebook in piloting a new training module with HOPE not Hate, to be delivered through the England national teams’ community and fan engagement programmes.

Previously, The FA and Facebook partnered with Kick It Out to support the Take a Stand campaign to drive action in the battle against discrimination in football. The campaign included new reporting tools as well as an education programme.

You can watch the first episode of ‘Black, England and Proud’ on Facebook.