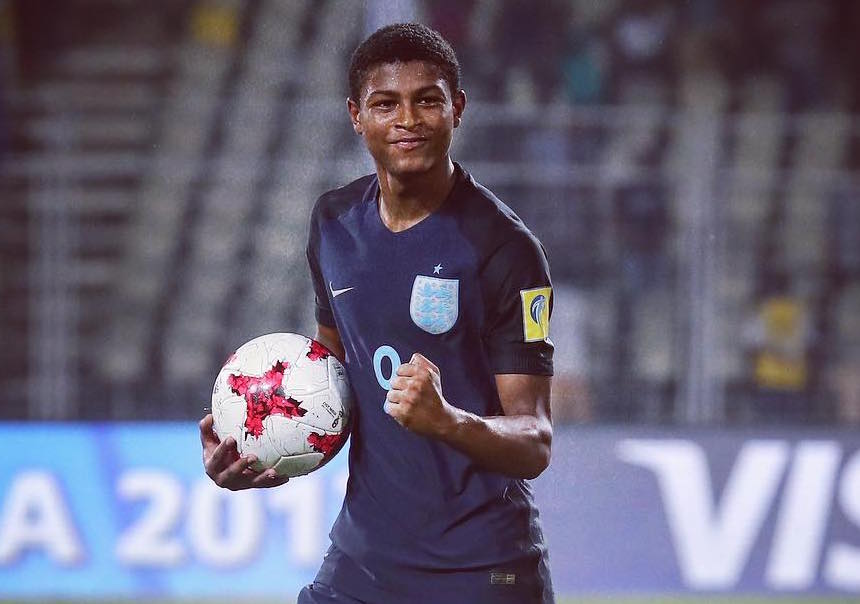 Rhian Brewster is firing England to glory at the U17 FIFA World Cup.

The 17-year-old Liverpool striker scored his second hat-trick in as many games against Brazil in the semi-final to send England to the final.

Brewster’s hat-trick takes him to 7 goals for the tournament, leaving him likely to land the tournament’s Golden Boot. It’s his second consecutive hat-trick, having scored three goals against USA in the quarter final.

Brewster is yet to make his debut for Liverpool but when he does, he’ll become the first player to play for the Anfield club who was born in the 21st century.

England’s next generation is here to takeover.