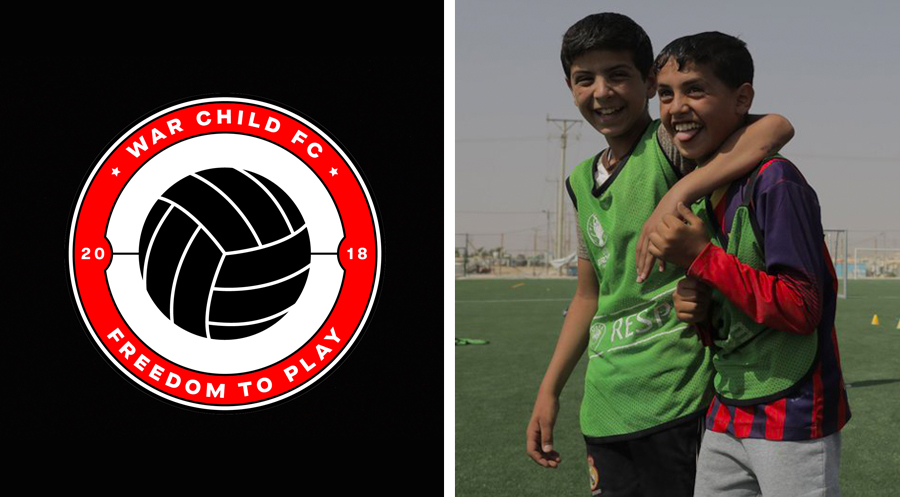 War Child wants to use the power of football to help children who are living in countries that have been torn apart by conflict.

Founded in 1993, War Child works to protect, educate and stand up for the rights of children caught up in conflict in 15 countries across Africa, Asia, the Middle East and Latin America.

Now – in partnership with eSports powerhouse Gfinity and games development studio Nordeus – War Child have founded War Child FC, which celebrates its launch with an all-star FIFA eSports tournament at the Gfinity Arena in London.

Can we tell you about War Child FC? ⚽
It's an initiative that uses football to help children with the psychological effects of conflict.

Fans and viewers will be encouraged to get involved and donate during the live show, by text, through Twitch contributions, by purchasing the War Child FC kit and emblem in Top Eleven, or creating their own football fundraising event. The money raised will help War Child support war-affected children including through its new War Child FC programme which provides coaching, life-skills and psychosocial support to help children recover from the effects of conflict and eventually thrive.

Speaking about the decision to move War Child UK into football, the charity’s Head of Partnerships – Nick Scott – said:

“War Child UK has a proud history of cutting-edge partnerships across music and gaming and we’re delighted to be announcing our launch into sports and football. We’re honoured to be partnering with both Gfinity and Nordeus on this exciting initiative, without the generosity of our partners we wouldn’t be able to support children whose lives have been torn apart by war.”

The War Child FC FIFA Championship, powered by Gfinity on Thursday 16th August is live from 4pm (BST) from the Gfinity Esports Arena in London, and will be live-streamed exclusively on Twitch.