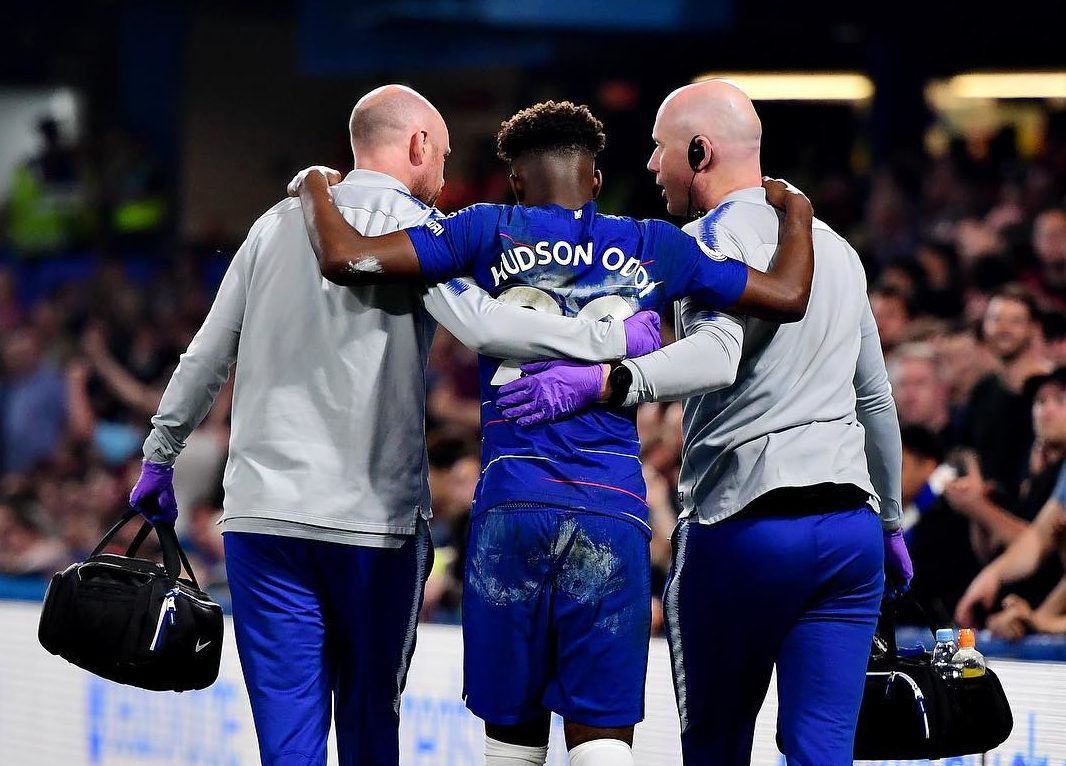 Chelsea winger Callum Hudson-Odoi has confirmed that his season is over after suffering a ruptured Achilles tendon injury in Monday’s 2-2 draw with Burnley. The 18-year-old had to be helped off the pitch shortly before half-time when he was replaced by Pedro and posted the prognosis of the injury on his socials last night.

Hudson-Odoi – who has recently been getting run of starts at Chelsea after making his full international debut for England – posted a message on Twitter late on Monday night to confirm the news.

Really gutted to end my season with an Ruptured Achilles, gotta work hard and try and come back stronger for next season!!!😢🙏🏾❤️ pic.twitter.com/PXC53WszdH

It’s massively frustrating news for Chelsea and England fans, with the young baller facing as long as six months out of action – ruling him out of the start of next season, as well as this summer’s Nations League finals with England.

The injury is sure to have a big impact on Hudson-Odoi’s future, with the set back potentially scuppering any move Bayern Munich were reportedly set to make at the end of the season. Chelsea remain eager to give Hudson-Odoi a new contract, but the academy product has been reluctant to agree any terms due to his lack of playing time this season.

Here’s hoping Hudson-Odoi makes a speedy recovery and comes back stronger from this setback.