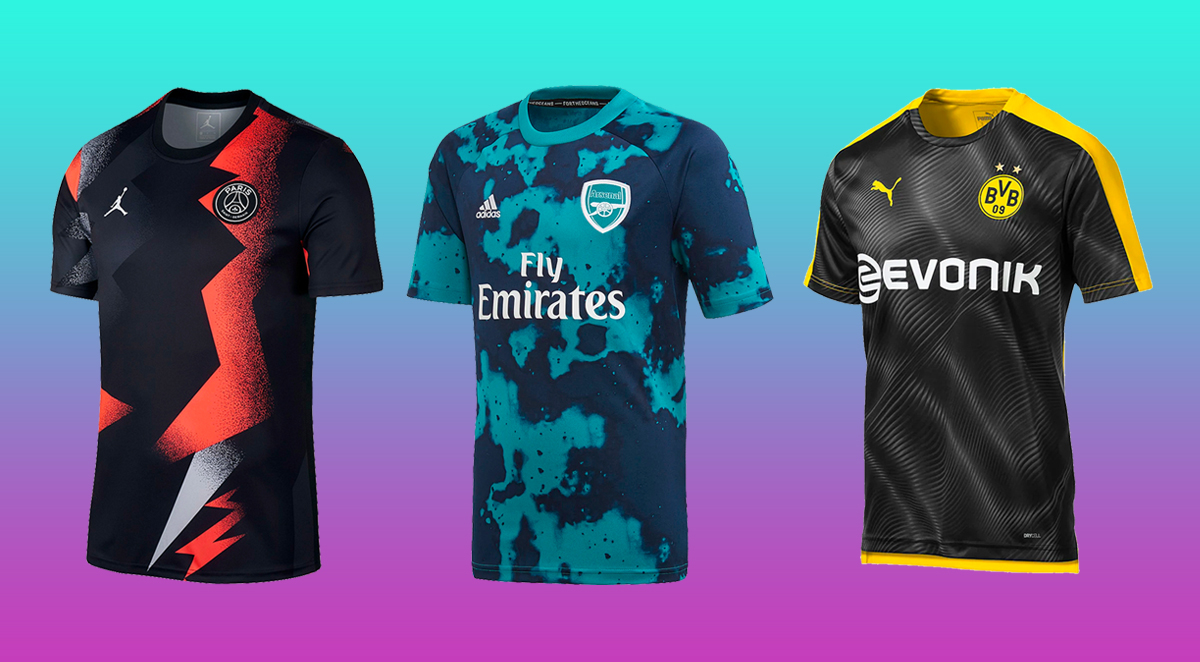 2019/20’s kit roll out has finally been completed, with Nike dropping off the final array of kits to be worn this season after finalising their third shirt unveilings last week.

While those kits all caught the eye – some of the waviest shirts were definitely saved til last –  we’ve been keeping an eye out for the shirts clubs have been donning prior to kick off and we haven’t been disappointed.

The pre-match jersey is now an essential item on the radar of football fans across the globe, with brands producing the more experimental (and often wavier) designs at lower price points than official club shirts.

We’ve had a bit of time to take in the teams that have been making a splash before they take to pitch this season, with several clubs kitted out in a host of cold new looks for 2019-20. Here are the 15 drippiest pre-match jerseys of the season, in no particular order. 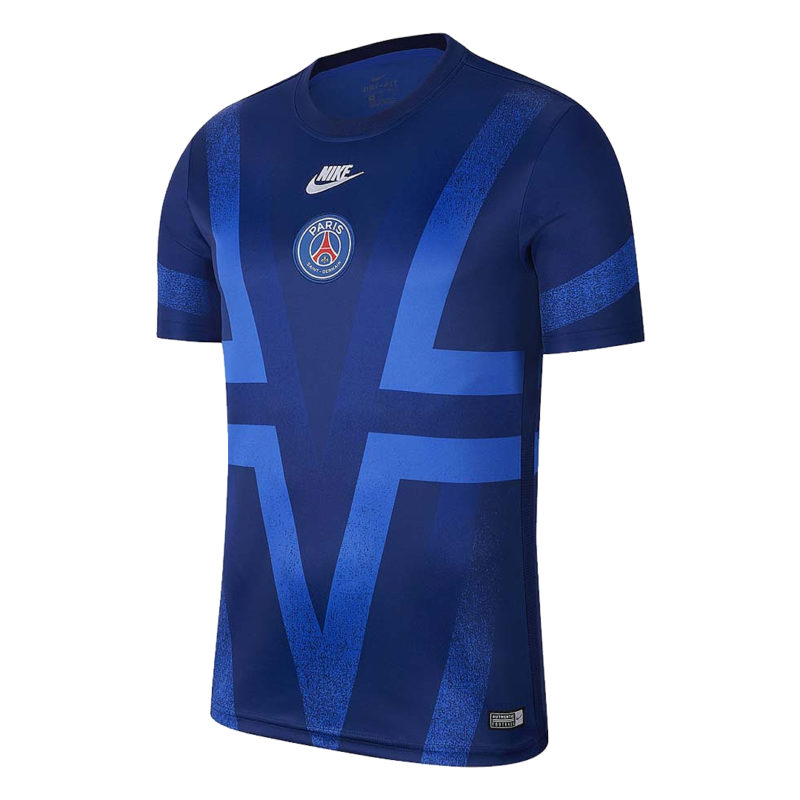 This one is a certified work of art. The central placing of the Nike ‘Futura’ logo and the PSG emblem inside the wavey, 90s-inspired graphic looks unreal on-pitch, with Neymar, Mbappe and co all set to look the part at the Parc Des Princes this season. 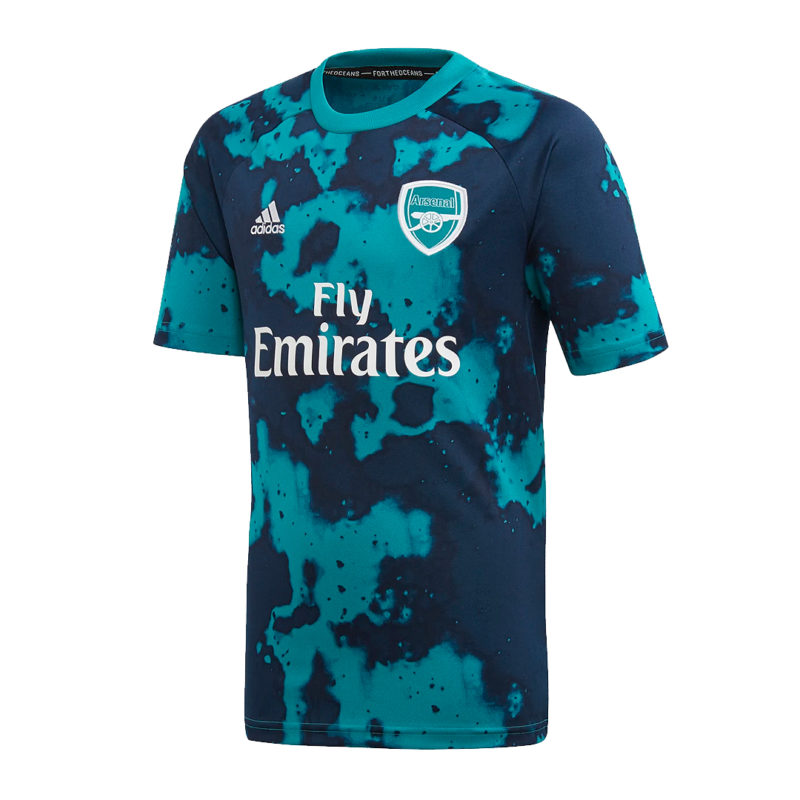 adidas changed the game with their pre-match jersey offerings this campaign, creating shirts made entirely out of ocean plastic and dressing them in a cold, acid wash-like design. With adi also re-igniting their old partnership with Arsenal this season, Gunners’ fans have gone crazy over the design – with plenty of these seen on matchdays at The Emirates. 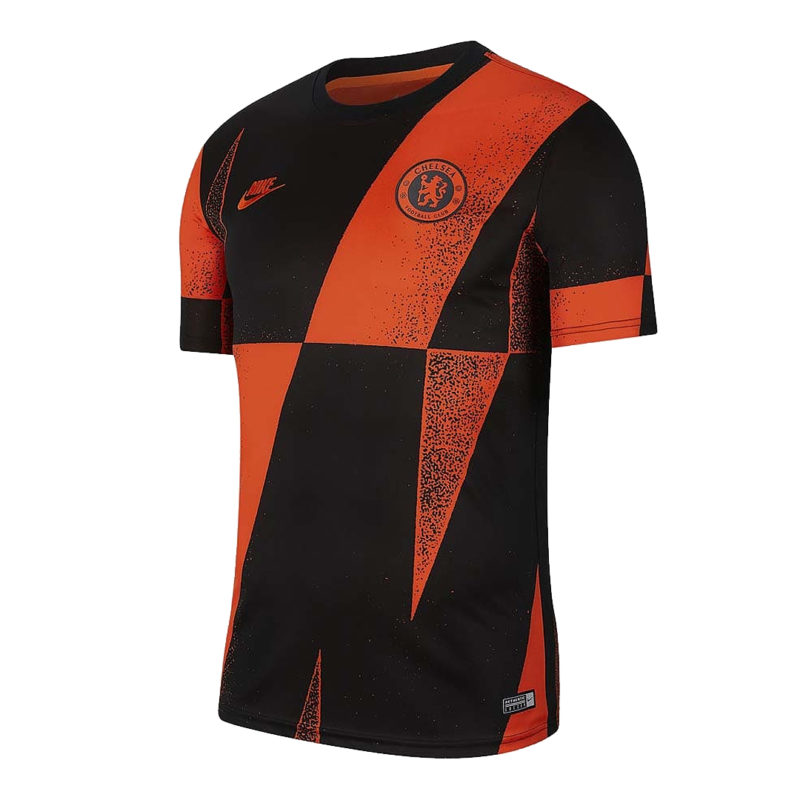 Chelsea stepped up the levels when it came to their kits this season, but this pre-match jersey is arguably the pick of the bunch when it comes to their uniform for 19-20. Featuring an orange and black checkerboard design, this one looks like one of the most street-styleable items in The Blues’ back catalogue. 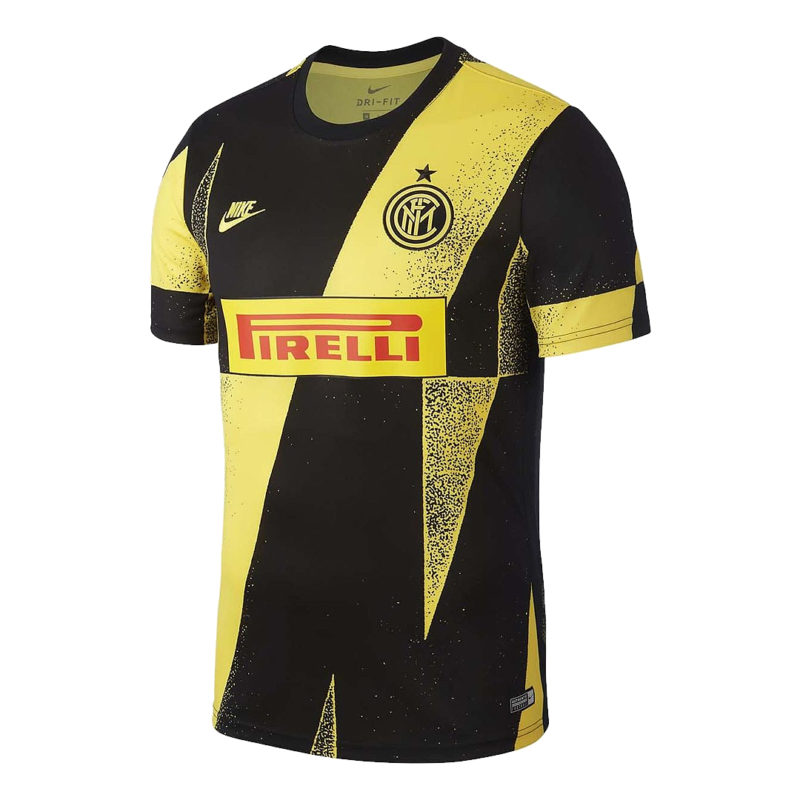 Inter and Pirelli will be separating from their iconic Pirelli partnership next season, ending an era of unprecedented drip for the Italian giants. Nike sign off one of the most legendary sponsorships of all time by branding the Inter edition of their third pre match shirt template with the tyre sponsor –and it’s one of the drippiest jerseys of the year. 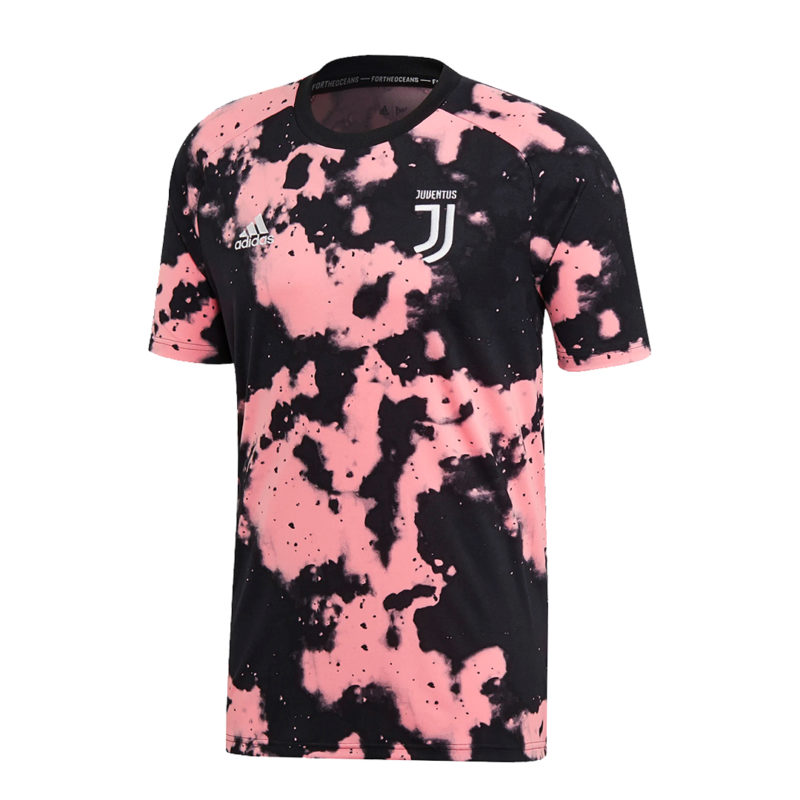 adi and Juve linked up to create some of the most impressive shirts this season, and their pre-match offering is no different. Served up in a wavey black and pink colourway, the Three Stripes served up a straight-up masterpiece for Juve, with the jersey looking as good on the pitch as it does off it. 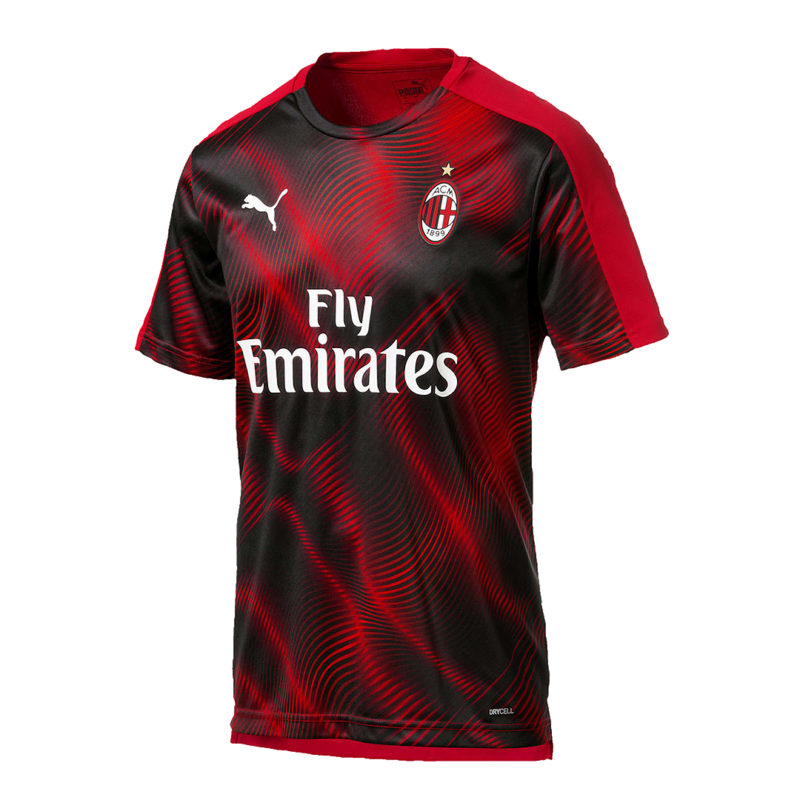 The Rossoneri got blessed with a wavey design from PUMA for 19-20, taking Milan’s iconic colours and fusing them into a striking, ripple-effect design. 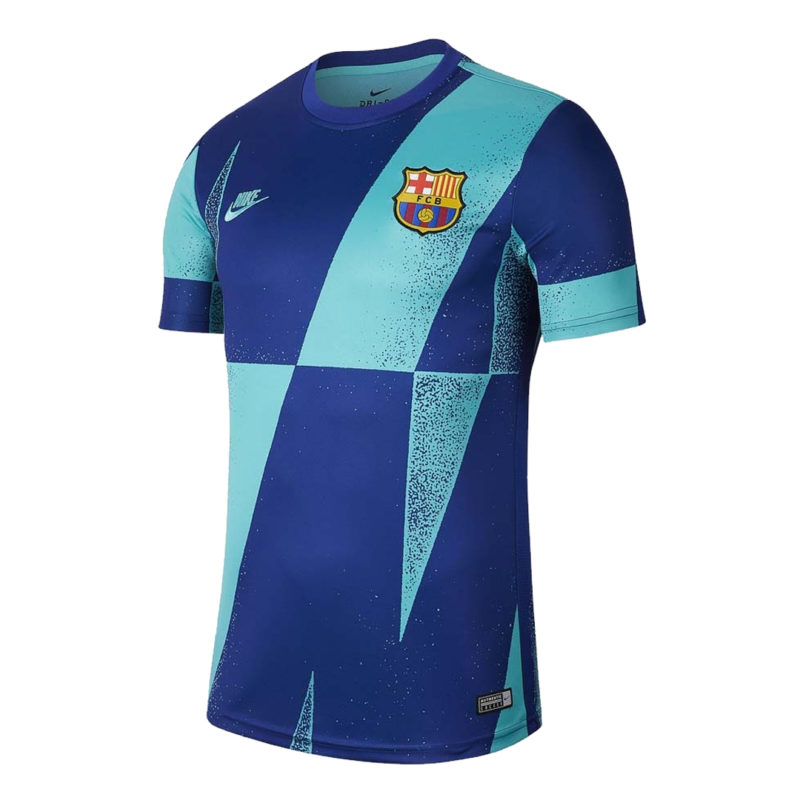 Barca’s third shirt this season was one of the waviest designs this season, and the warm up jersey more than follows suit. Implementing the same wavey checkerboard template Nike used across all their 90s-inspired third kits this season, the Blaugrana version of the design is absolute heat. 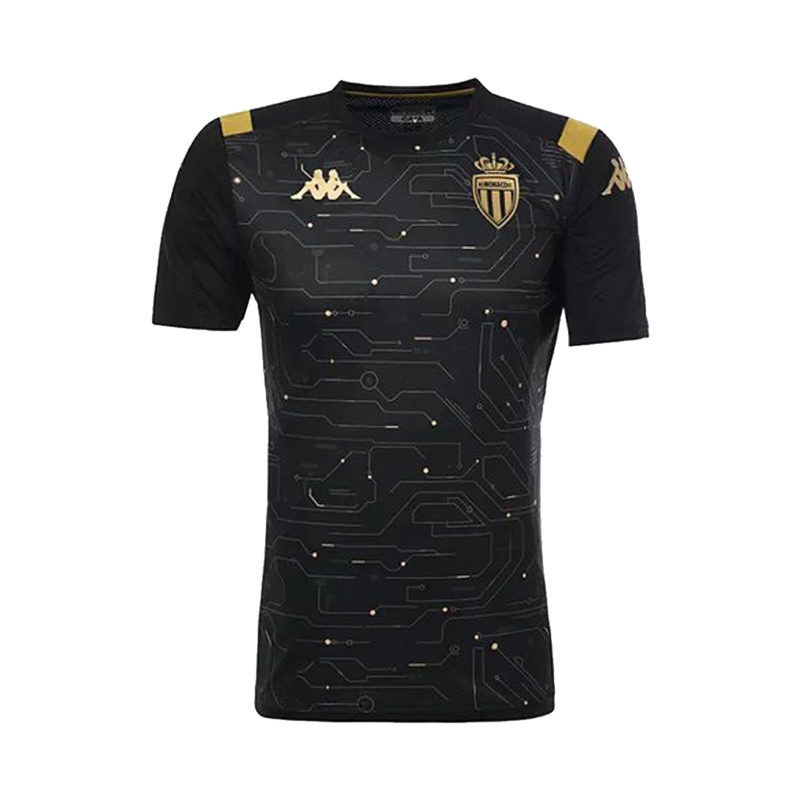 Kappa detached itself from it’s 90s heritage on AS Monaco’s pre-match offerings this season, instead opting for a psyched, space-age design that Cesc and co will don away from home in Ligue 1 this season. 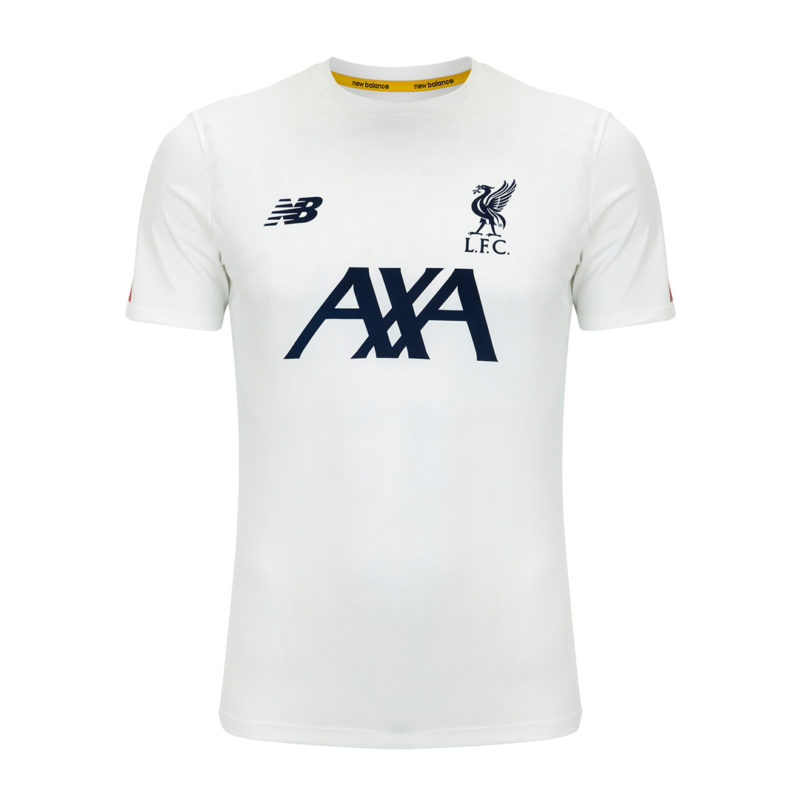 New Balance kept it simple on Liverpool’s pre-match jersey that the club will don on the road this season, stripping back the shirt with an iced-out design complete with slick branding from AXA, who are sponsoring the club’s training wear this campaign. 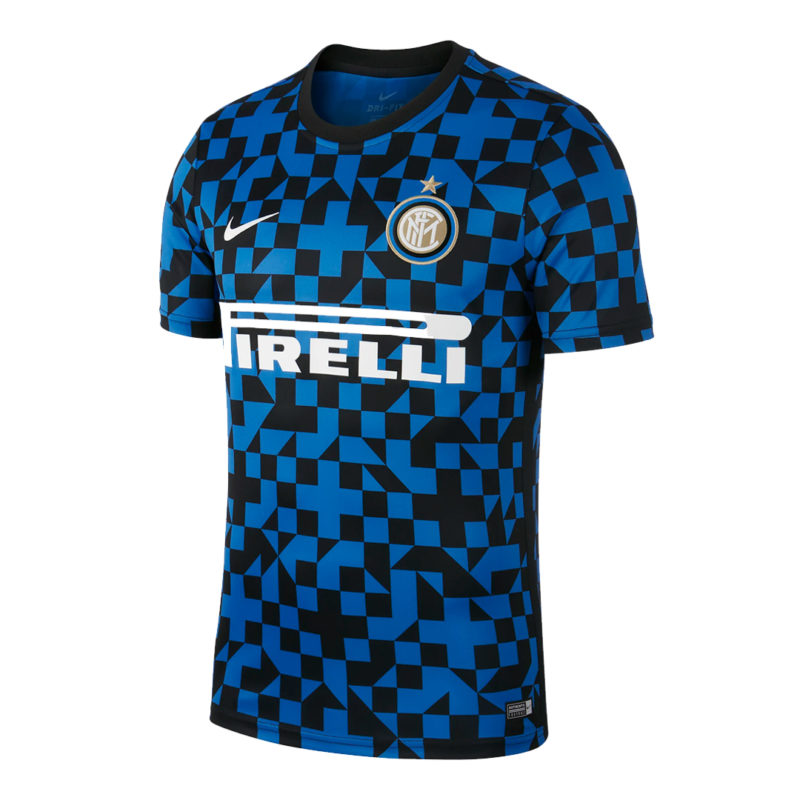 Another unique Nike design, Inter were blessed with a glitchy, blue and black checkerboard design complete with Pirelli branding. Cold. 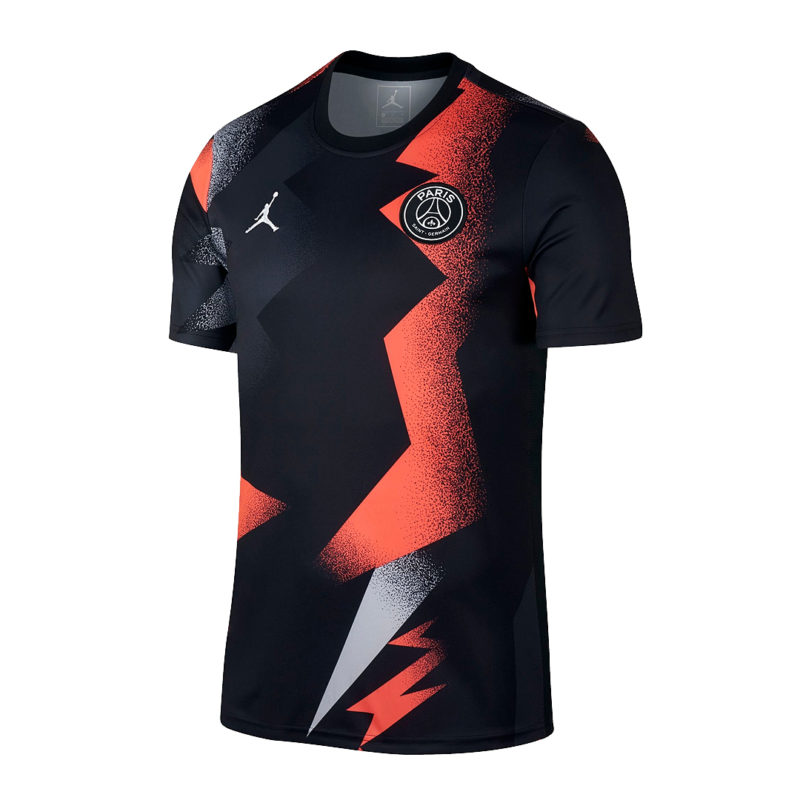 Using the same colourway that PSG’s Away shirt this season, the club’s accompanying pre match shirt implements the same infrared seen on classic Jordan sneakers and blends it into a wavey, mashed-up design. 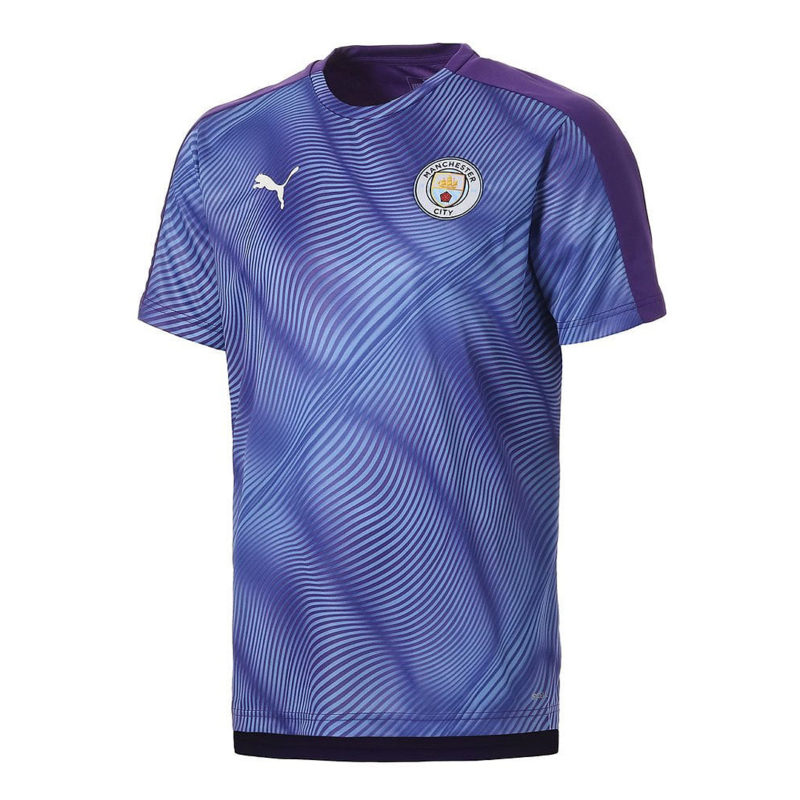 Rippled out and wavey in a blue and purple design that compliments the club’s home shirt, PUMA have provided City a drippy design to warm up in at The Etihad. 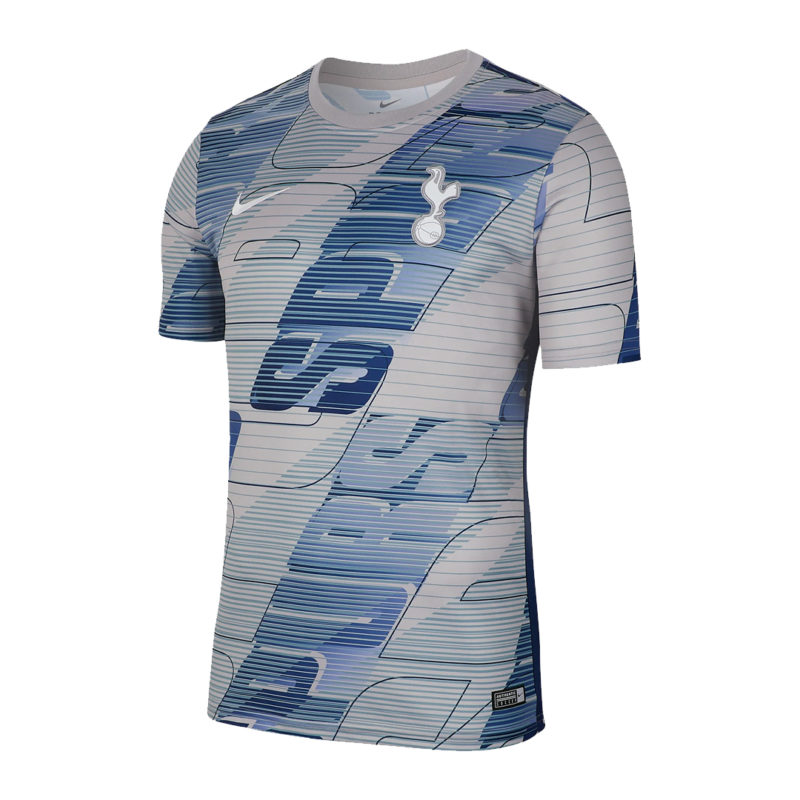 Spurs’ were blessed with a unique pre-match jersey by Nike for the current campaign to go with their exclusive Air Max TN-inspired merch. The design on this one is total 90s madness, and one of the waviest you’ll see this year. 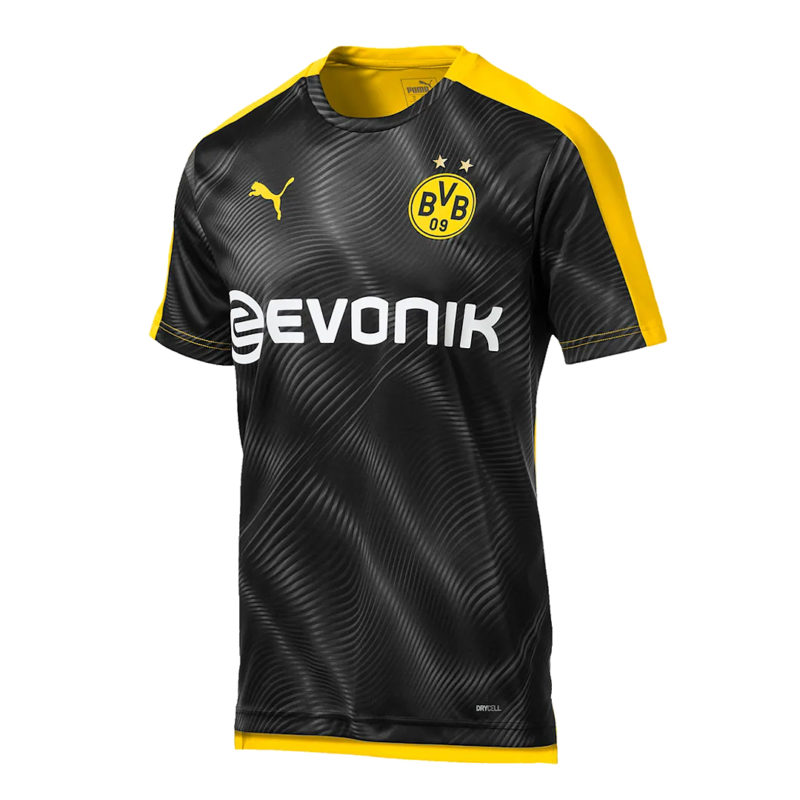 Echoing the soundwaves emanating across the Signal Iduna Park on match days, PUMA’s pre-match design for Dortmund really resonates with one of the most vocal clubs in Europe. 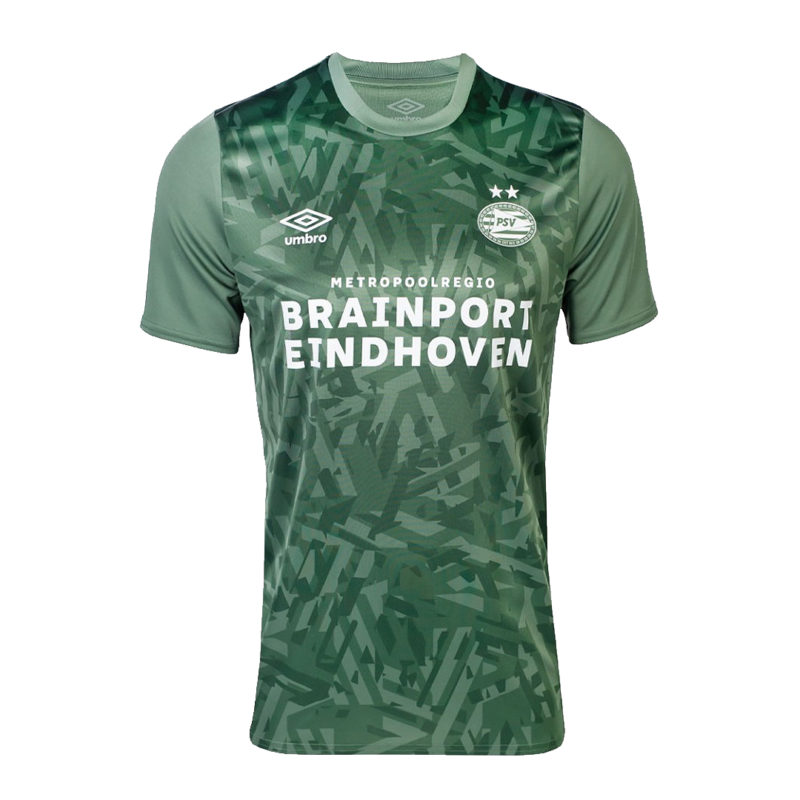 Umbro served up lowkey heat for PSV’s pre-match jersey this season. The all-over green graphic is lively, and definitely one of the more underrated warm-up tops you’ll see this campaign.