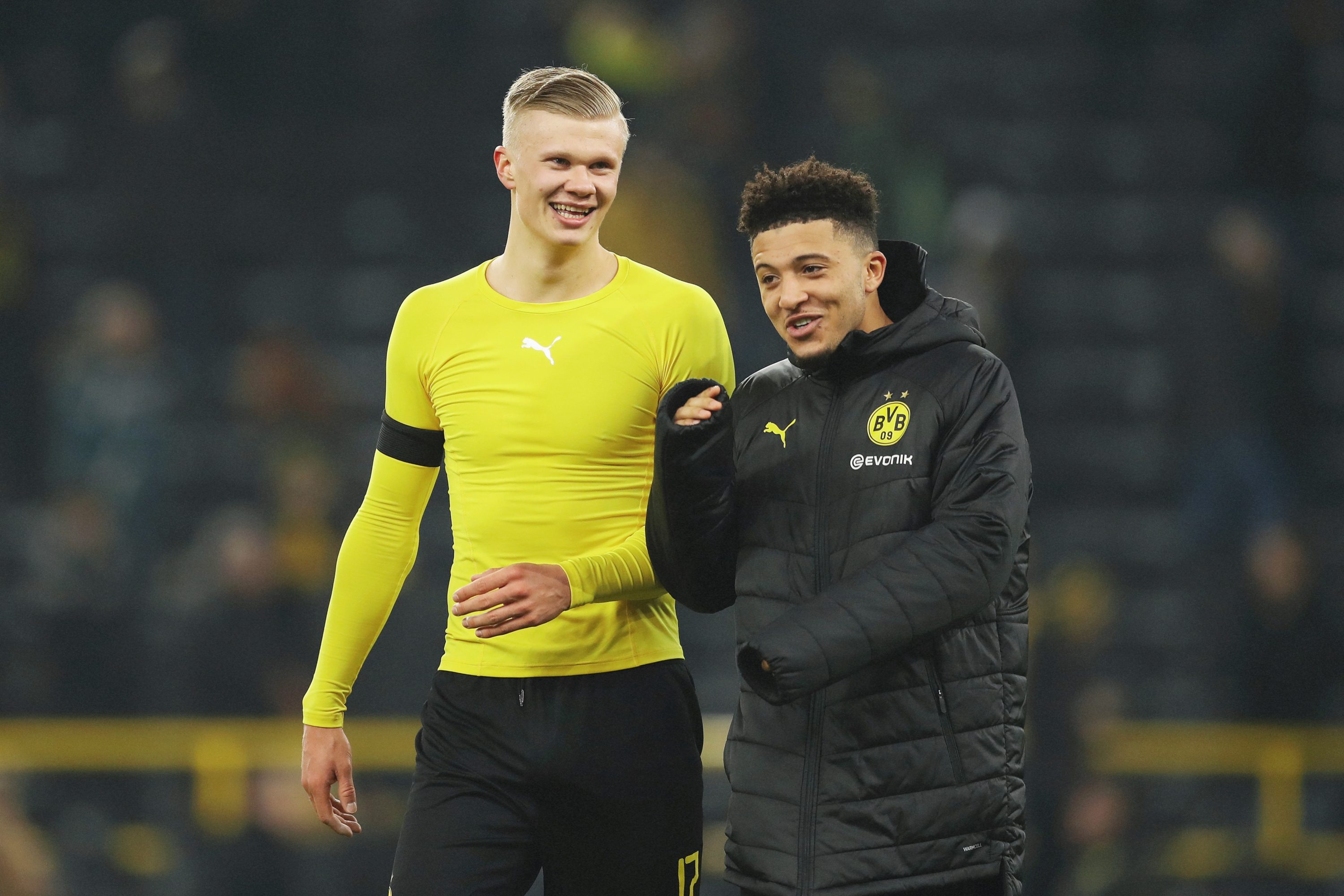 Jadon Sancho has enjoyed one of the biggest come-ups in world football after signing for Borussia Dortmund in the summer of 2017. Going from raw Man City talent to world-class star in the Bundesliga in just a few years, the Englishman has established himself as one of the best players in Europe and – he’s now been joined by another elite young baller setting the world alight.

Sancho was joined by Erling Haaland – currently the undisputed hottest bagsman in the world – in January, and the duo have continued racking up extraordinary numbers and breaking records together in the BVB attack. Speaking about linking up with the Norwegian to bundesliga.com, Sancho said:

“Yeah, I’m happy he’s here. He’s a great goalscorer. He scores in every type of position and it’s always good to have that main striker. Playing behind him and with him is just a great feeling, especially on the training pitch because we work on a lot of things like one-twos. I know where to find him and where he wants the ball, and he knows how I want the ball played to me – so it’s a good understanding between us.”

Jadon Sancho is a cheat code.

The feeling’s definitely mutual, with Erling Haaland describing Sancho as “world class” while also talking to the Bundesliga website: “You know, I’ve been here one month, but when my team is all so good, it gets easy sometimes to create chances and to play with them, because they’re so good. The first second I played with Jadon [Sancho], Marco [Reus], Thorgan [Hazard], you know these guys, it just sits direct, and that’s how it is with world-class players.”

ERLING HÅLAND IS A JOKE ?

In other Dortmund news, the club’s 15-year-old baller Youssoufa Moukoko just got called up for Germany’s U19 team and can now become the club’s youngest ever player to feature for the senior side.