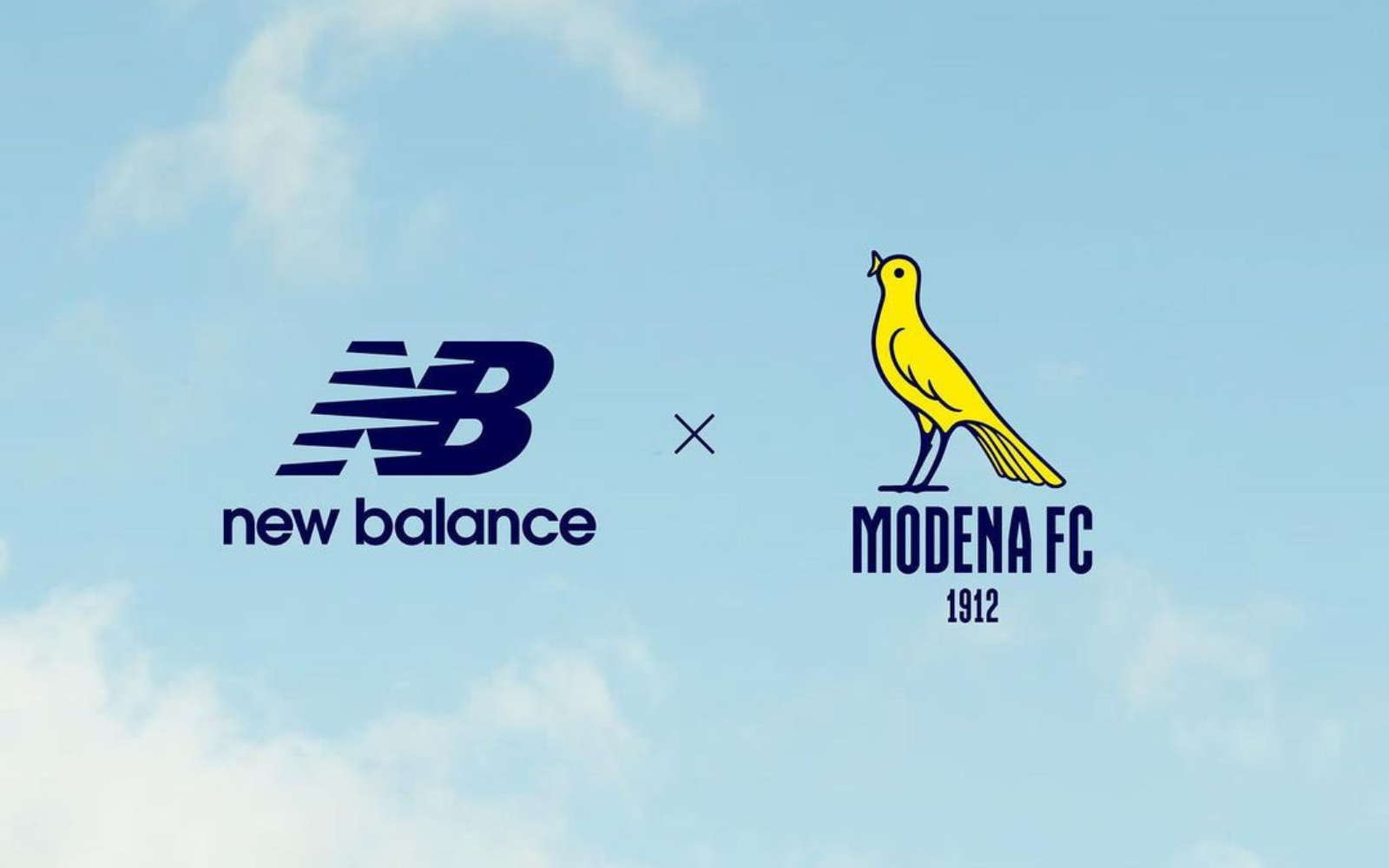 Fresh from the announcement of their new rebrand, Serie B side Modena FC have just announced that New Balance are set to become their new manufacturing sponsor.

Following their promotion up from Serie C this season, Stone Island Creative Director and Chairman of Sportswear Carlo Rivetti’s side are continuing to level up off the pitch as they target back to back promotions with a brand new brand identity.

Revealed last month, the club’s new emblem features a stylised canary, which replaces the club’s classic yellow and blue oval shield – and Modena are doubling down with their new aesthetic with the announcement of their new manufacturing sponsor, New Balance.

Having previously worked with Errea and Kappa, New Balance’s link up with Modena represents a significant shift from the Emilia-based club, with Stone Island’s collaborative relationship with New Balance undoubtedly playing a part in discussions facilitating the move.

With New Balance taking the reins at a club owned by a key figure at Stone Island, the potential for some New Balance and Stone Island-designed jerseys being worn by Modena in the coming seasons – something previously dismissed by Rivetti – could now be much more plausible.