From National League to National Team and Tyne and Wear to the World Cup, Jordan Pickford’s climb to the top is one that has been underpinned by fearlessness. Whether that is entering the realms of semi-professional football as a teenager or dealing with the eyes and hopes of a nation on his shoulders, he has built a stone cold reputation for rising to the occasion. They used to say ‘you have to be crazy to be a goalkeeper’. Nah, you just have to be fearless.

This fearlessness is nurture, as well as nature. From a young age he’s been told that a never say die attitude in tandem with hard work can overcome all obstacles. It’s the combination of both qualities that has seen him climb from Alfreton Town to the top of the game. It’s seen him defy critics on and off pitch to become one of the biggest forces in the Premier League. It will now push him to wear the No. 1 shirt for England at the World Cup yet again.

At 28-years-old, Jordan has become the pick of the litter at international level. He’s clocked up over 40 appearances for the Three Lions and goes to Qatar as his national team’s undisputed number one. Four years on from a historic run to the semi-finals – including a penalty shootout win against Colombia that enshrined Pickford into folklore – this baller is ready to go even further.

There are 55 million people in this country, but only one will be between the sticks when the first whistle blows for England’s first game. There’s only one Jordan Pickford. 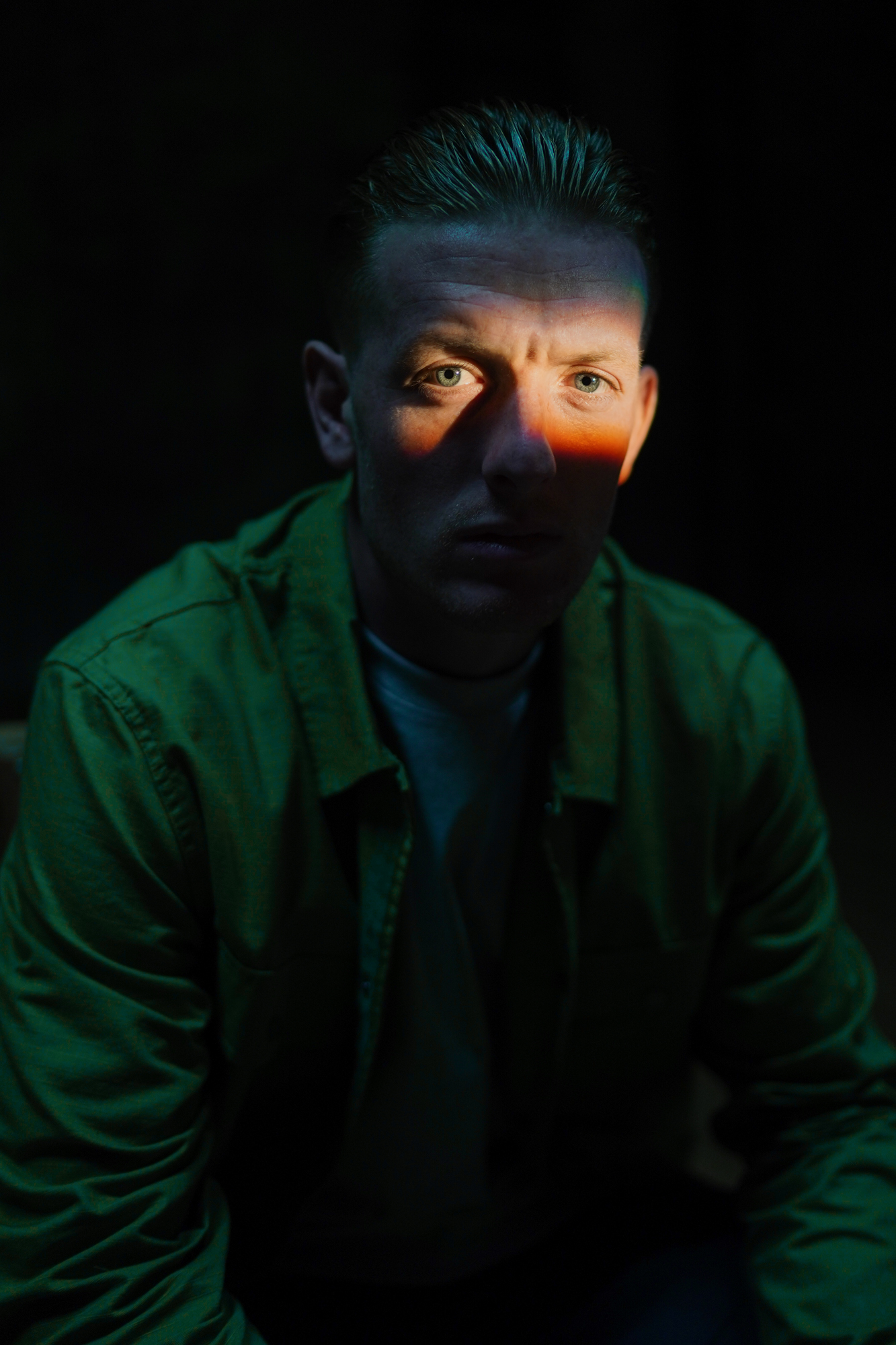 VERSUS: The World Cup awaits. How are you feeling at this point in your career?

Jordan Pickford: I feel good! I feel strong. I feel like I’m in a good place with my form and very confident with what I’m doing. I’m happy with where I am with my game with the work I’ve put in over the last two to three years. It’s just about pushing forward now and the World Cup presents a great opportunity.

Thinking about your career, what does being fearless mean to you?

Being fearless is a massive part of my game. From a very young age, it’s just been within me. As a goalkeeper, you have to be fearless. I remember being 3 years old when my mum and dad got me this little motorbike for Christmas and I just pounced on it. That attitude has been something within me since then. I’m 28 now and I still have that same fearlessness within me. In order to be better you have to not have fear and keep striving for more.

While you have shown fearlessness during your career, what are some of the fears you have had to overcome up until this point?

Going out on loan as a young kid. That is always a bit of a challenge. Going into men’s football was another one. I feel I showed my fearless character and thrived. I never held back and was never scared. I cracked on and kept my head down. I think that aided me to have success. Going out on loan and playing those games at such a young age was me owning my fearlessness. 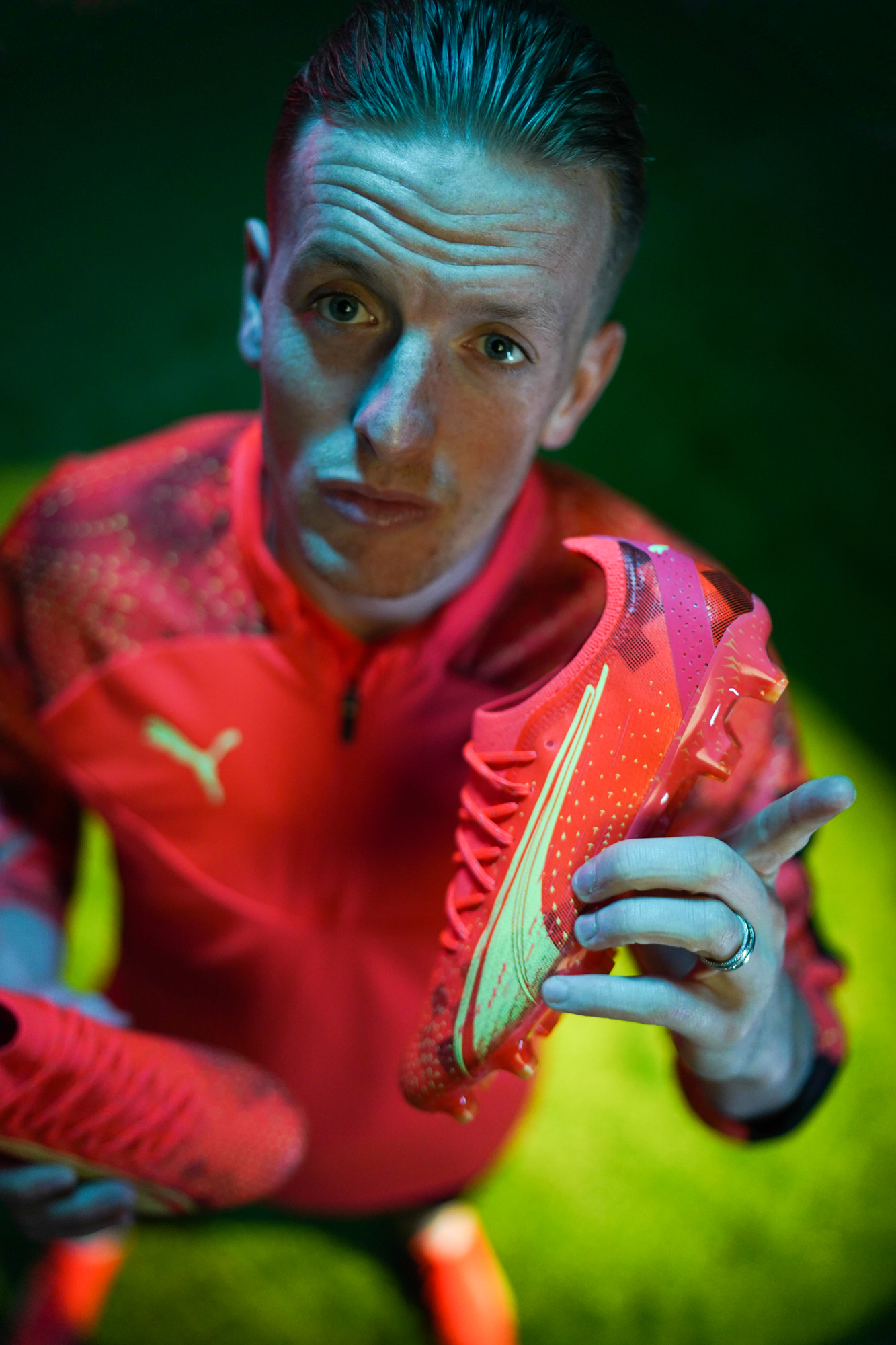 You have made the journey from non-league to national keeper? How would you describe that journey – especially as a goalkeeper?

You have to cross bridges throughout your career. That is something that is certain. Every hurdle that comes in front of you, you have to jump over. Every door that is in your way, you have to kick down. I did that with the transition from non-league to professional level. There is a massive difference but at the end of the day, you are playing football. It’s the same three points you are playing for and it’s the same buzz. Every game you play, you want to win. That was the big thing that grounded me. The bottom line was I was a young lad playing football and living my dream.

Being the national keeper itself is an immense achievement. 55 million people in England but only one Jordan Pickford. How do you channel that responsibility?

Goalkeepers are constantly analysed as the last line of defence. What makes goalkeepers so special compared to other positions?

Haha! It’s definitely an isolated position. Sometimes you can be very busy in goal and sometimes less so. When you are called upon and make saves, it really helps the team. That’s that last line of defence thing. It lifts your teammates in front of you when you make those crucial saves. Especially when those saves are the difference between winning games. That’s when you get the biggest buzz.

During your career, you have had to face off with some of the best strikers in this generation. How do you prepare for such battles?

You keep a lookout on what everyone is doing but the truth is, as goalkeepers in training, we are never going to execute how some of the best do against us. Someone like Kane. England’s top striker. No one is going to replicate what he is doing but we can work on stuff that we are good at. That’s how you prepare. There is a buzz about facing the best because I have to be at my very best. That’s how you prepare for those battles. Going out and pulling all the stops. Performing to your utmost and believing it’s enough. 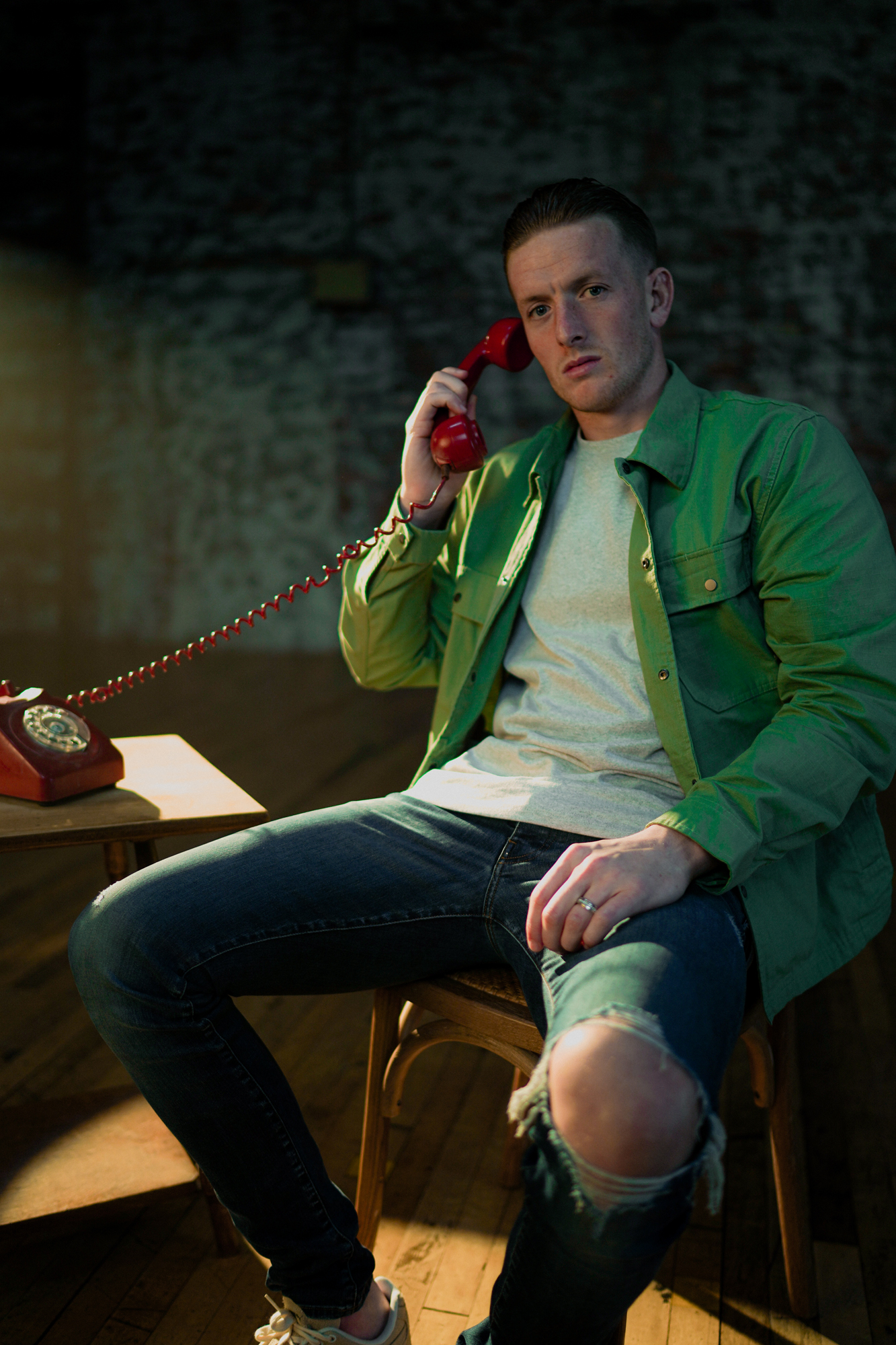 You wear your heart on your sleeve and are very expressive. Does that help the way you play?

Everyone is different and has to find what works for them. But for me, that’s how I’ve been brought up. I wouldn’t change it for anyone or for anything. It works for me to get in the zone. I think it’s super important to know what works for you.

Being number one or the only one is a privilege but does it ever feel like a target on your back?

Of course, but that’s why you have to push yourself to constantly get better. It will always be in my head but competition isn’t a bad thing. It’s actually a good thing. Whilst I want to be the best, I have to work on being the best Jordan Pickford I can be. Whatever I can do to do that, will be done.

Looking at how far you have come and how goalkeeping has changed, do you think the perception of goalkeepers is changing?

Massively. It’s a lot more technical now. Lots of goalkeepers are using their feet more but I am fortunate that it was ingrained into me at a young age at Sunderland. The main thing with a goalkeeper that will never ever change is that you have to keep that ball out of your net at all costs – and that is fundamental! You can work on technique and everything but you have to make saves and help the team to win matches. Getting in the way of the ball is the best thing. If it hits you in the face then it hits you in the face. Just get in the way. I have had a fair few but I’m glad I stopped those goals. 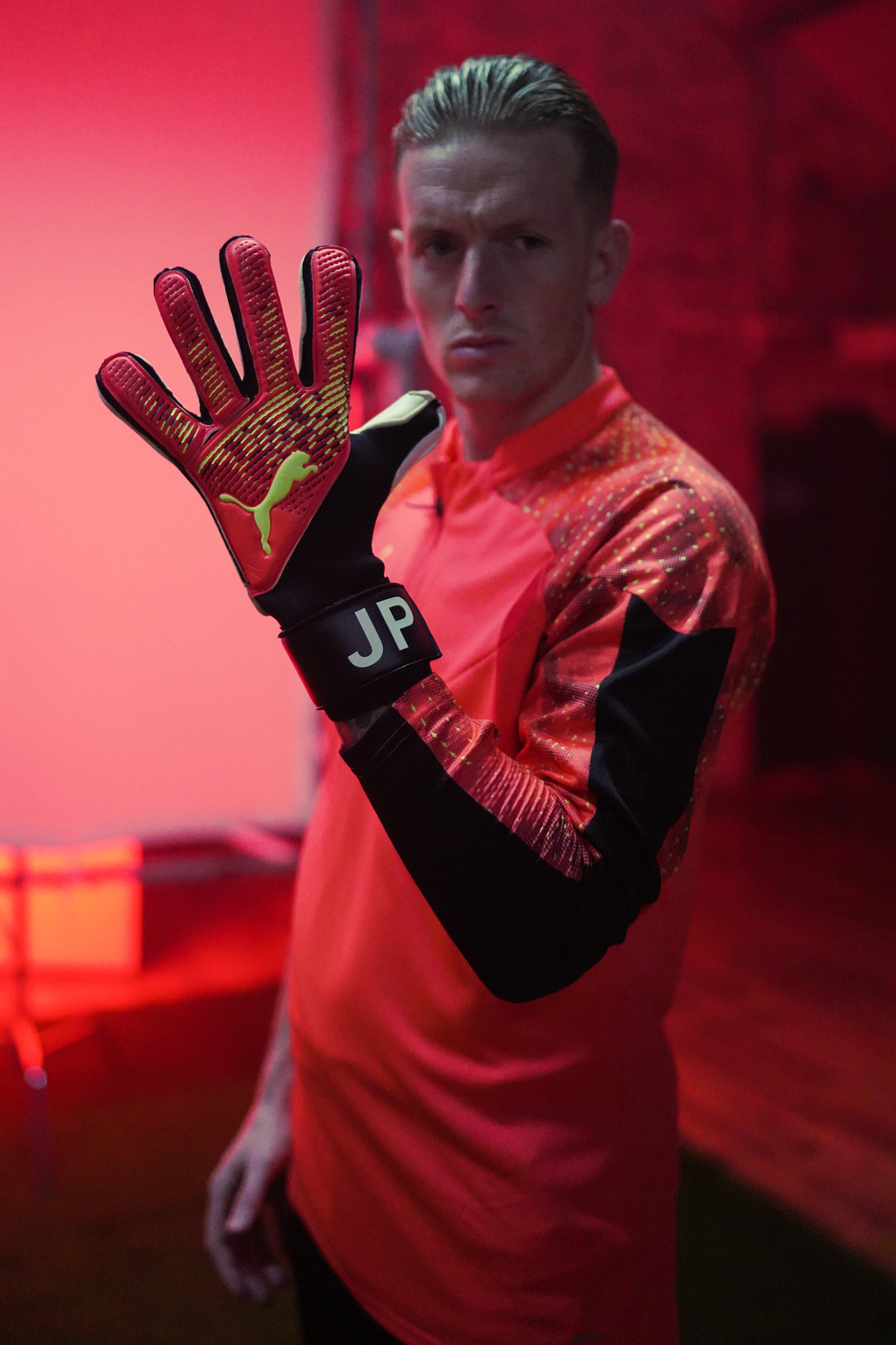 You have achieved so much in your career but what does success look to you from this moment?

Playing as many matches as I can and hopefully getting silverware for club and country.

What is one thing you know now having navigated your way to this point, you wished you knew when you started your journey in football?

For me, enjoy what you do. Work hard but enjoy working hard. Enjoy wanting to get better. Don’t get bored of working hard and always find joy in something. You go into a workplace with joy, it helps you so much. It enables you to learn new things and see positives. As a goalkeeper, you can always learn and improve so finding joy even in the hard moments, is very important to me.

The PUMA Fearless Pack is available now at puma.com.