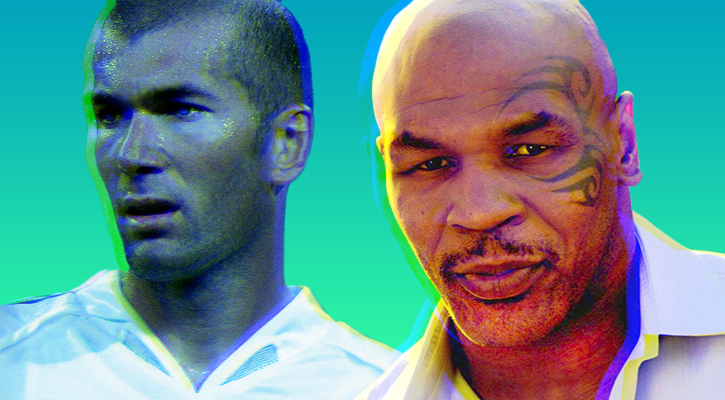 As the old but no less true adage goes, truth is often stranger than fiction. And the sport world never seizes to give us gold. Whether it be ESPN’s incredible ’30 for 30′ series or the empathetic work of Steve James, time and time again sporting documentaries prove to us that the best stories are always about real people, real emotions and real situations.

Sport documentaries have also had an impressive showing at the Oscars in recent years. From the epic ‘OJ: Made in America’ to the inspirational ‘Undefeated’, stories from sports always seem to touch something within the human psyche that resonates deeply.

Now thanks to YouTube, many of these films are more accessible than ever before and ready for the whole world to see.

1. ‘The Boys Who Fought for Castro’

Following three Cuban pre-teens as they prepare for the country’s national championships, ‘The Boys who Fought for Castro’ excellently captures their great sacrifices in a time of sporting uncertainty. A number of the country’s most decorated boxers have defected from the island and Cuba’s elite boxing community has mixed reactions on the defectors and the future of the sport in the country.

Climaxing with the massive upset of Liverpool in the 1988 FA Cup Final, Crazy Gang tells the story of the much hated/loved Wimbledon team of the 80s. Featuring controversial interviews with Vinnie Jones, Dennis Wise and John Fashanu, the film is a must watch for any football fan.

One of the most controversial men in all of sport, Michael Vick has experienced the highs of playoff football and the lows of prison thanks to his role in a dog-fighting ring. This 50 minute documentary goes through all of that including his successful post-incarceration return to the NFL.

The authoritative cinematic account of that awful day in 1989 when 96 football fans went to an FA Cup Semi-Final and never returned. Rigorous in its depiction of the facts and a formidable debunker of lies, Daniel Gordon’s film is a vast yet intimate portrayal of a society let down by the people that are supposed to protect them.

Surreal to the extreme, the Spike Lee-directed Mike Tyson stage show about the boxer’s life is funny, unnerving and reprehensible, sometimes all within the space of a sentence. If anything, the film proves that Iron Mike is still the compulsive man child he was twenty years ago.

Racism is a subject the football world is either happy to ignore or reluctant to discuss but this CNN film confronts the topic head on with a historical context. Featuring interviews from trailblazers such as Viv Anderson and Cyrille Regis, this a difficult but necessary watch.

Football’s a funny old game and nowhere is it funnier than in Glasgow where the two major teams – Celtic and Rangers – battle over everything from football to politics and religion, never managing to agree on anything. There’s no shortage of great stories to go with this century long feud.

The most intimate look into the wacky world of professional wrestling cinema ever gave us, ‘Beyond the Mat’ is memorable for humanising the larger than life superstars that dominate TV screens, including Dwayne ‘The Rock’ Johnson’s first appearance in a motion picture. It is also made with the affectionate touch of a life long fan.

Zinedine Zidane is one of the most fascinating players of his generation. This documentary treated Zidane as the artist that he truly was. The directors set 17 cameras on Zidane for the duration of a La Liga match in 2005 and this movie is the result of that. An interview with Zidane is played over the top of the footage, during which he talks about his formative years and his relationship with football. This is pretty close to art house cinema.

Chelsea’s YouTube account provides some great, in-depth look at the fledging careers of the club’s up-and-coming stars, and Conor Gallagher’s candid ‘Life on Loan’ mini-doc gives an insight into the pressures of going out on loan. In the 10 minute feature, Gallagher opens up on his emotions, loneliness and unfamiliarity of life away from his boyhood club, while showcasing that he has the mentality to go straight to the top while playing at Charlton and Swansea.