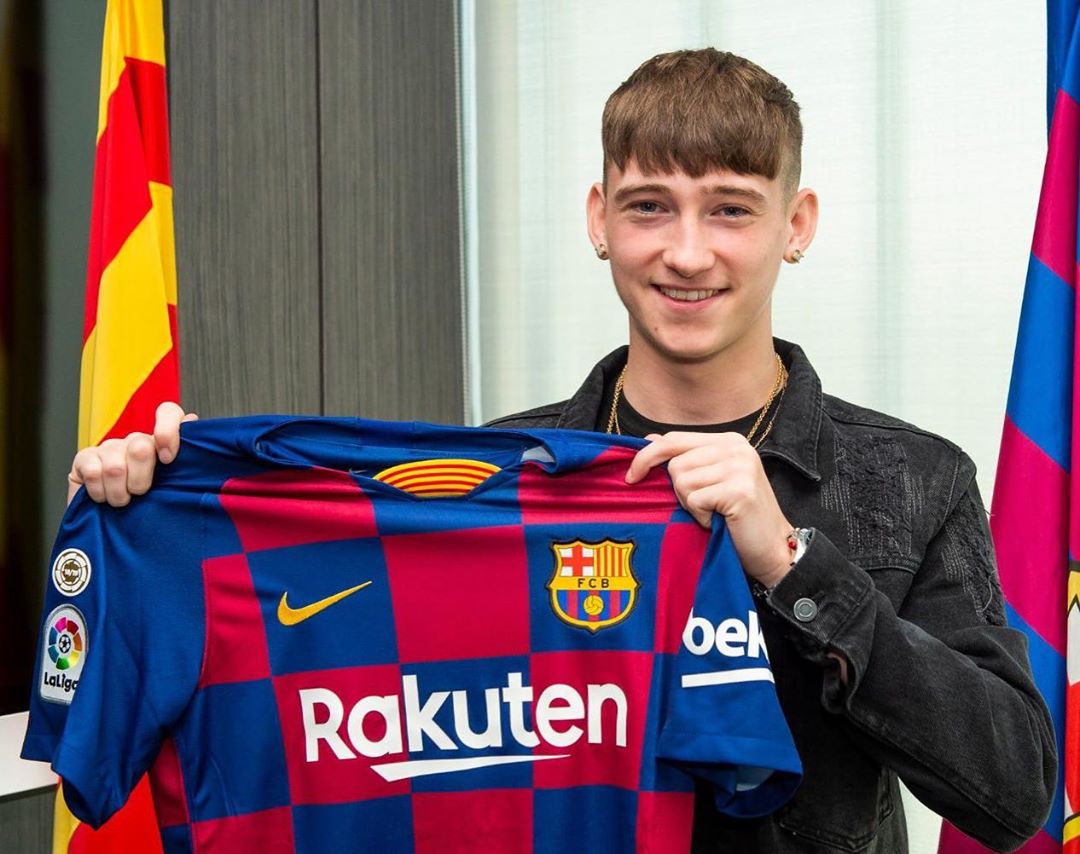 Barcelona have signed West Bromwich Albion’s 16-year-old striker Louie Barry – the second teenager to leave West Brom for a European giant in as many weeks.

Barry linked up with Barca after he rejected the chance to sign a professional contract with West Brom, the club he had been with since he was only six-years-old. In a statement confirming the deal, Barcelona call Barry “one of the best young players in English football” and reveal he’ll be joining the club’s illustrious under-19 squad next season.

Young striker Barry made a name for himself on the continent with his Golden Boot-winning three-goal return for England Under-16s in their successful Val-de-Marne campaign, a UEFA-approved junior international tournament.

Delighted to have signed for @FCBarcelona . I have worn the @wba badge close to my heart for the last 10 years , so a huge thank you goes out to everyone that has helped me there , nothing but love and gratitude. Hard work starts now #FORÇABARÇA #MésQueUnClub🔴🔵 pic.twitter.com/EJDkWXbRz6

Louie Barry is not the first Young Lion to make the move to the Catalan club recently. Last year, Arsenal’s gifted youth prospect Marcus McGuane joined Barcelona and made his debut for the senior side last season.

With Barca now seem to be looking to the UK for bright new talents, both Barry and McGuane will be striving to make a real impact at a senior level and fulfil their obvious potential.