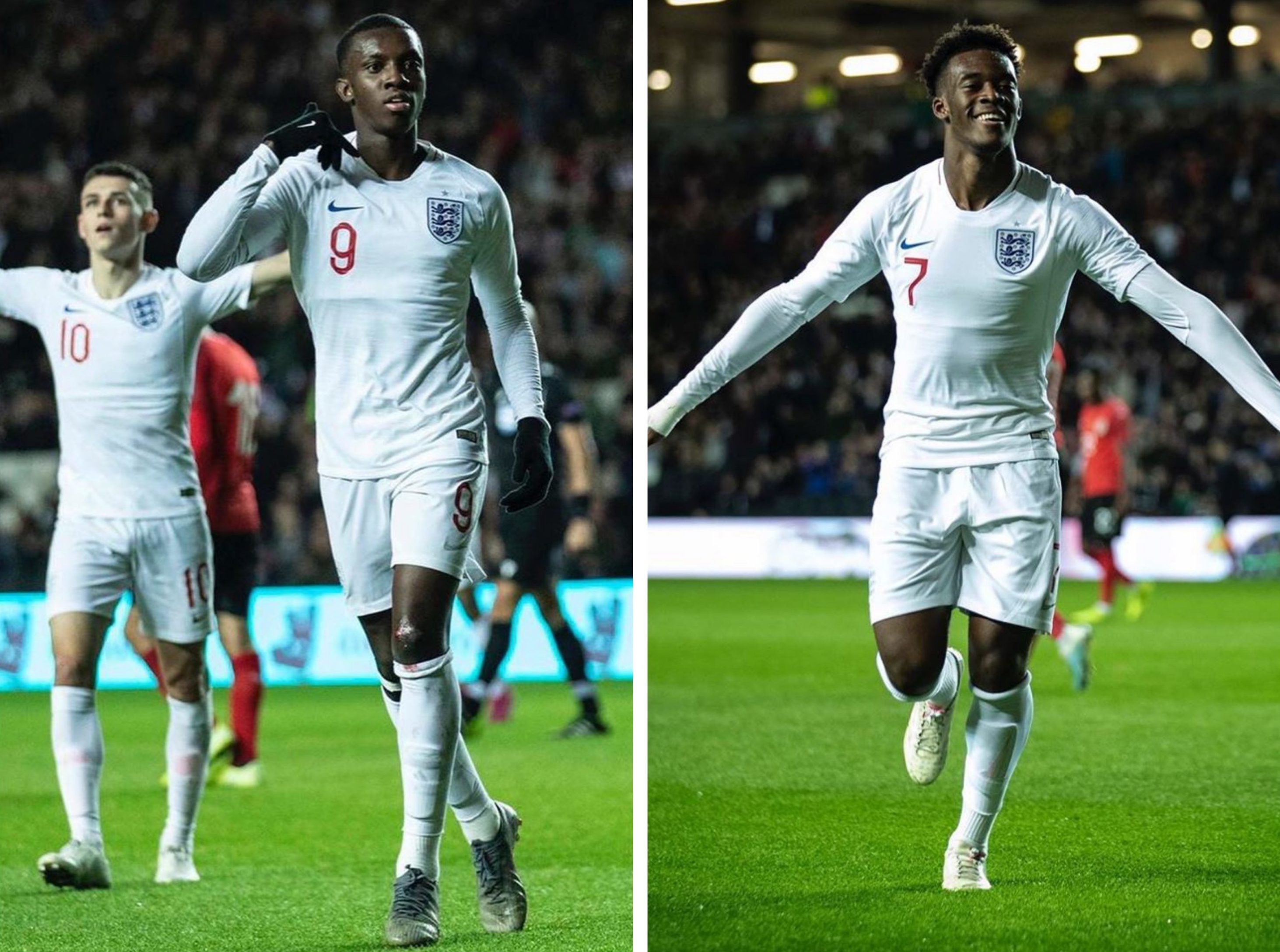 Nketiah, currently on-loan from Arsenal at Leeds United, put in a ridiculous performance and scored a perfect hat-trick, with the Postman bagging goals with his left foot, right foot and head to highlight just how lethal he is in front of goal.

The 20-year-old scores his second goal of the night for the #YoungLions from a Dwight McNeil cross.

Calteck looked well and truly back with his first-ever goals for his country, firing in a stunning first-time volley from a Max Aarons cross before going on a saucy end-to-end run from in his own half before cooly bending it past the keeper from outside the box to grab his brace.

.@Calteck10 is looking better than ever after his return from injury ?

What a saucy run and finish from 20 yards. You love to see it. pic.twitter.com/9uqBdALTnk

The South London ballers have showcased that they’re ready to sauce up the Premier League with performances like this, with Nketiah rumoured to be heading back to Arsenal imminently after becoming frustrated with his substitute role at Leeds and Hudson-Odoi ready to start at Chelsea once again.

Top performance from the boys tonight! Unreal feeling to score a hat-trick for @England ?⚽⚽⚽ #YoungLions pic.twitter.com/NaQHEyNBJE

In other Young Lion news, Phil Foden, Mason Mount and Jadon Sancho have made a 20-man shortlist for the 2019 Golden Boy Award.