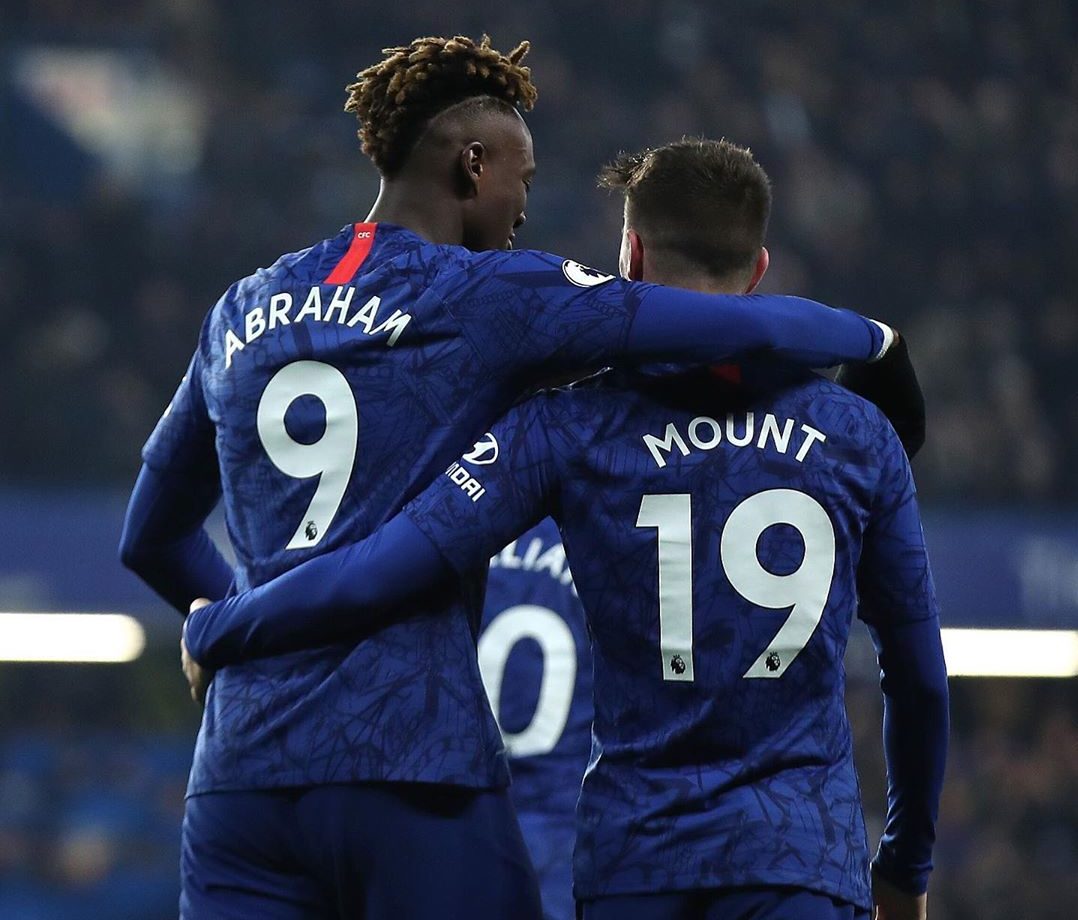 Tammy Abraham is fast becoming Chelsea’s most important player after scoring a goal and notching an assist in the Blues’ 2-1 victory against his old club, Aston Villa.

The 22-year-old netted on his return from injury before cooly serving up the second for Mason Mount with a tekky chest pass in another red hot performance for his boyhood club.

Abraham’s goal – which came from a cross from fellow academy graduate Reece James – was made it his 11th in his first 14 league outings in the number 9 jersey, making him the highest scoring Englishman in a Premier League season for Chelsea since Lampard, who racked up 15 in 2012-13.

Whereas previous forwards such as Radamel Falcao, Alvaro Morata and Gonzalo Higuain have donned the number 9 and struggled for form, Abraham never had any doubts over his ability to take the shirt and succeed.

Speaking about the responsibility of wearing the shirt, Abraham said: “I heard a lot of things about the cursed No.9 shirt at Chelsea but I was willing to take that upon myself and change it.”

Opening up on his future at the club, it’s clear Abraham only sees himself playing for the Blues in years to come: “It’s a dream come true for me and, in the next 15 years, I want to create a legacy so I can sit back when I retire and know I made myself proud as Chelsea’s No.9.”

In other Young Lion news, Reiss Nelson has been labeled “the future of Arsenal” by new manager Freddie Ljungberg.