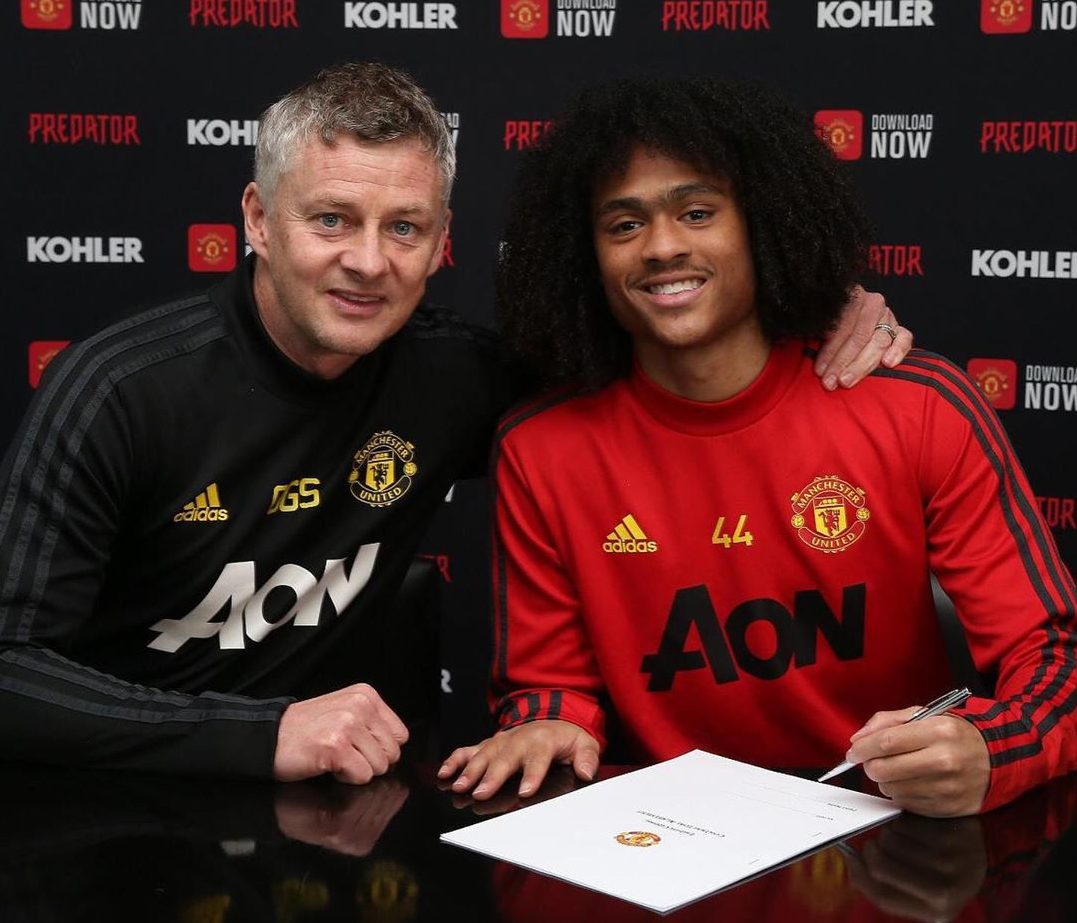 Manchester United have announced that one of their most promising young ballers, Tahith Chong, has signed a new contract to keep him at the club until June 2022.

The Netherlands Under-21 international was rumoured to be signing with Inter Milan, but transfer don Fabrizio Romano reported the forward didn’t sign an agreement with the Nerazzurri because they had planned on loaning him out.

After holding off on signing a deal with United and likely to join a new club as a free agent, Chong has now put pen to paper on a contract which has an option to extend for a further year until 2023, which will see him earn in the region of £30,000 per week

It’s a dream come true for me to sign a new contract at @manchesterunited. I love playing for this club and I’m excited for what the future has in store. Thank you to the manager, my teammates, the staff, my team and my family and friends for all their support and guidance. ❤️ #MUFC

Chong joined United’s Academy in 2016 and has gone on to make 14 appearances for the first team, and was excited by his future at United during a time when there’s real excitement around the club following a huge derby victory over Manchester City.

Tahith Chong said: “When I joined Manchester United as a youngster, it was a dream come true. It is an honour every time I pull on the shirt and represent this club. I am working hard every day to improve and I know this is the perfect environment to develop my game.

“The opportunity to learn from the manager, his coaching staff and the world-class players here is fantastic. I am delighted to sign this new contract and really grateful for the chance to prove myself here for many years to come.”

Ole Gunnar Solskjaer said: “Tahith works extremely hard every day and he is constantly improving. His performances this season, whether for the first team or Under-23s, are testament to his hard work, dedication and to his character. We are pleased with the progress he has made since he stepped up from the Academy and are looking forward to continuing to develop his talent.

“Tahith has great potential; given his age, ability and work-ethic, we can see that he has a bright future at Manchester United.”