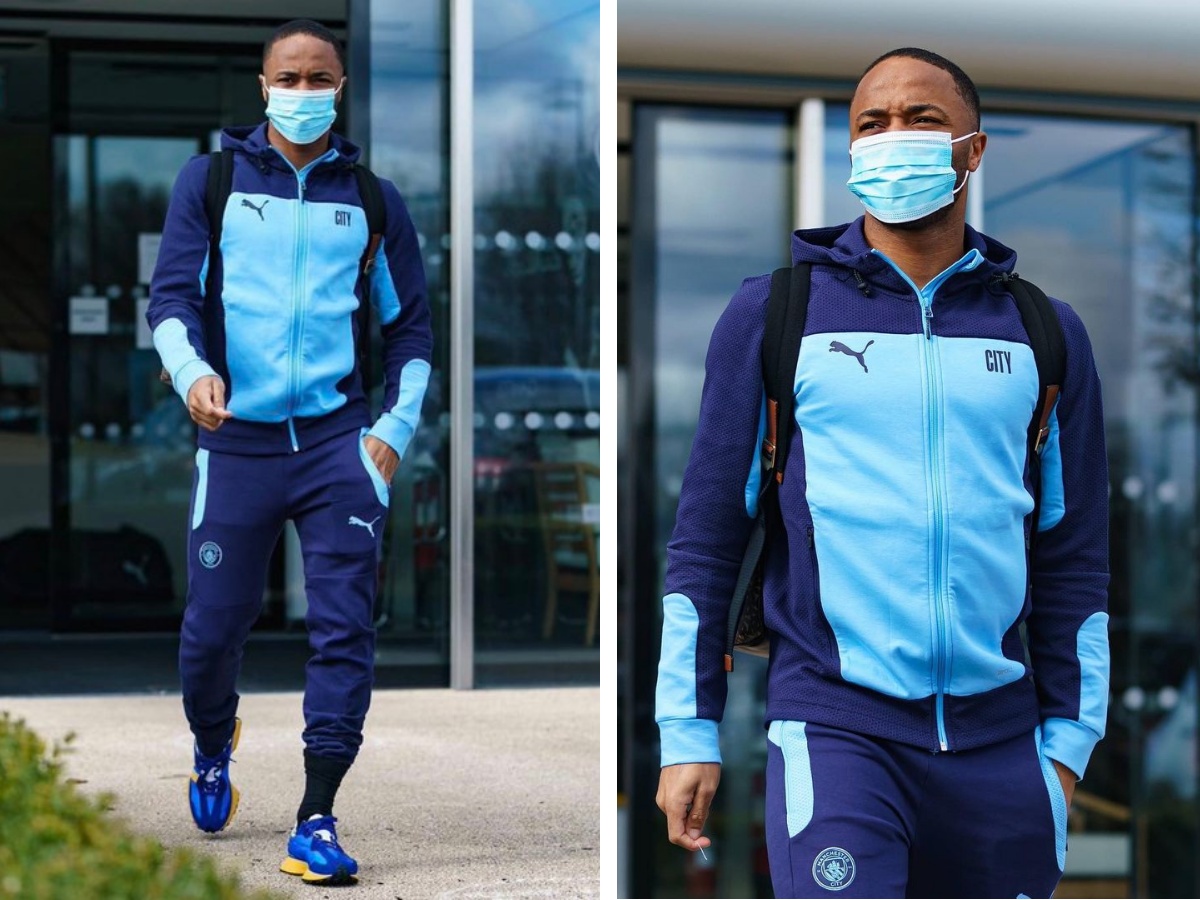 Raheem Sterling looks set to become the next baller to make a high-profile move to New Balance after the Manchester City baller was seen donning 327’s at City’s Football Academy.

Sterling’s next boot deal after leaving Nike has been one of the most hotly-anticipated moves of the last 12 months, with everyone from Jordan Brand to PUMA showing interest in the England star’s signature and his hugely influential cultural and social standing off the pitch.

It now looks like Raz is switching up Nike for New Balance, with the Boston-based brand making Sterling the latest headline capture after securing Bukayo Saka’s services earlier this month and confirming their kit partnership deal with AS Roma last month.

After Raz was pictured wearing a white-out Furon boot in the Champions League last year, New Balance have now added more fuel to the fire by liking a tweet from @kickposters. who uploaded a picture of Sterling boarding the coach at Manchester City Football Academy donning NB’s 327 model on the way to Budapest for City’s Champions League clash tonight, posted with the caption ‘New Deal Done?’.

The move would be another major coup for NB, who have been setting the levels when it comes to their sponsorship deals with players recently, with the brand seemingly having made another well-calculated move by investing into another certified star of the game both on and off the pitch.

Keep it locked to VERSUS for the latest on this story.