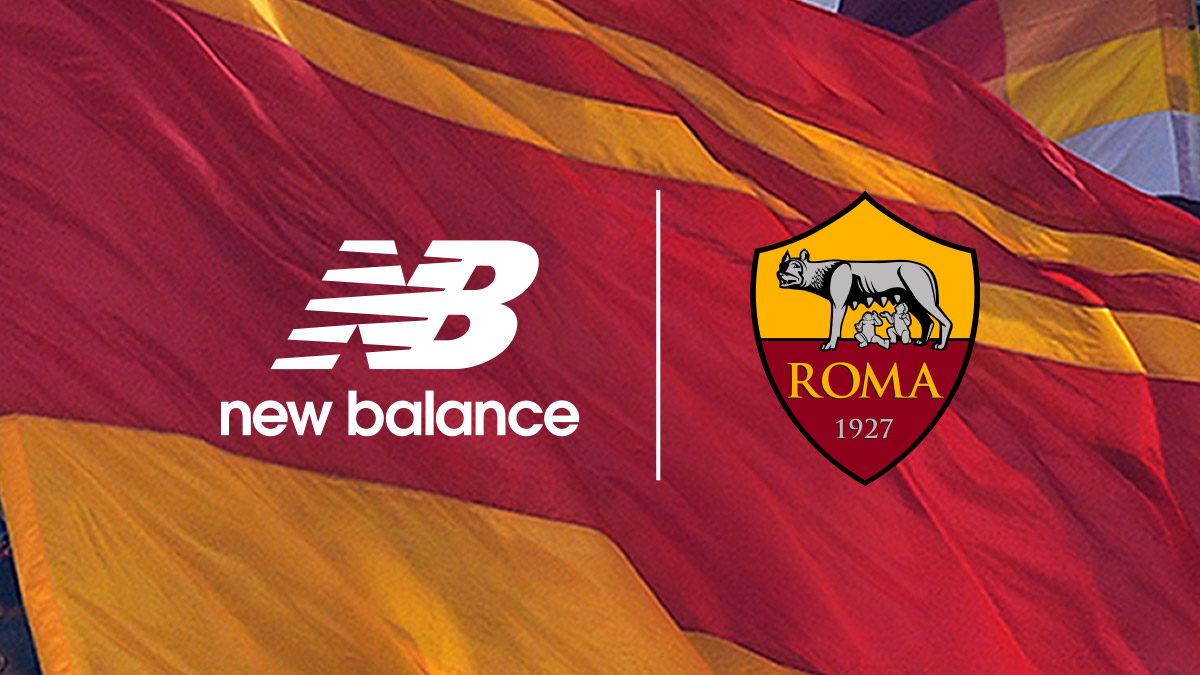 AS Roma have officially announced that New Balance will become their new kit manufacturer from the 2021-22 season onwards.

Finally announcing the partnership after reports last year confirmed the Boston-based brand and Italian giants would be working together, New Balance will link up with La Lupa for the first-time ever, with Leovegas set to become the club’s new shirt sponsor.

Nike’s iconic deal as AS Roma’s manufacturer is set to come to an end when 20-21 is wrapped up. The original ten-year Roma Nike deal was valid from 2013 until 2023, worth ‘€5m a season’ – and now New Balance are set to fill the vacancy by taking the reins in supplying the Italian giants apparel next season.

New Balance have been looking to secure a new club manufacturing deal after losing Liverpool as one of their sponsored sides, after taking a high-profile L in their court battle against Nike last year.

New Balance and AS Roma officially confirmed the deal via a specially-created AR filter game for Instagram. The filter enables fans around the world to experience the streets of Rome, whilst discovering the New Balance sponsorship, and will be available to use via the club’s official Instagram soon.