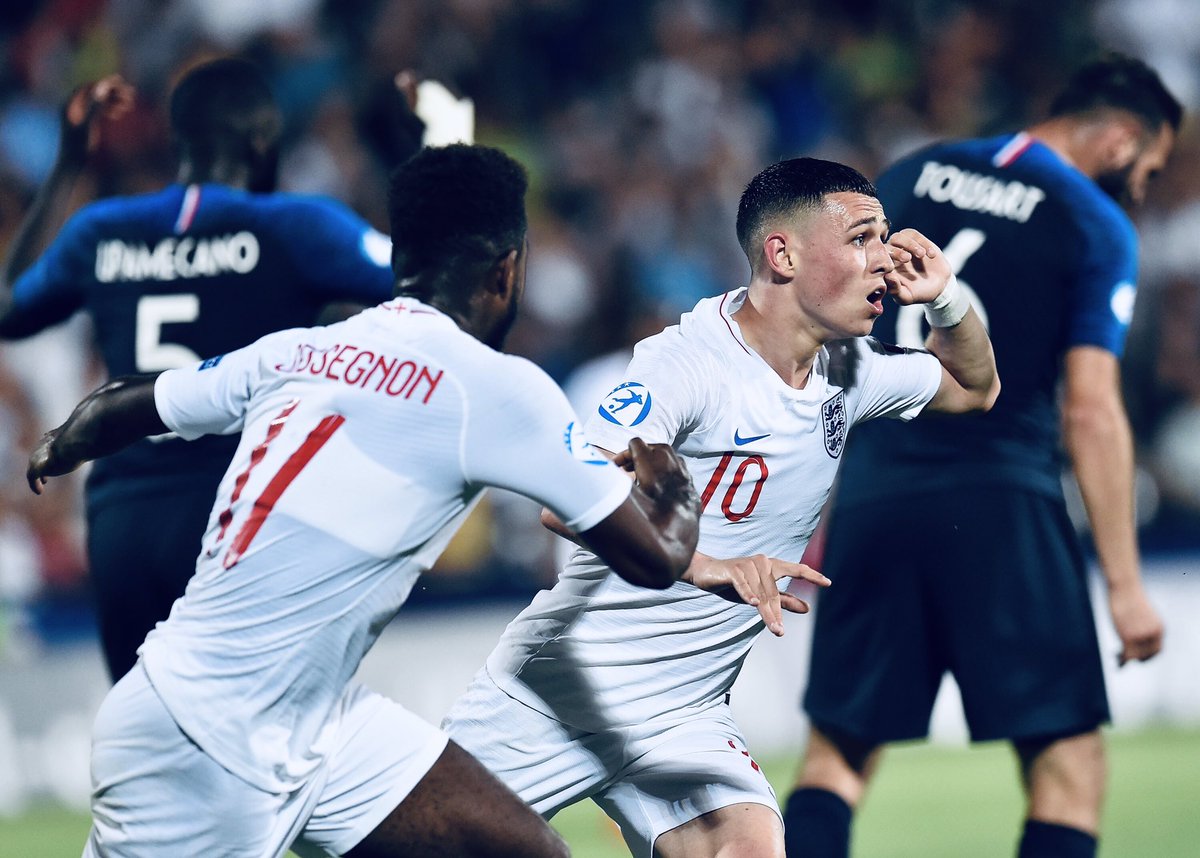 Phil Foden lit up the U21 Euros last night with a world class goal to announce his arrival on the international stage, in England’s first game of the tournament against France.

The Man City baller took the ball from just inside the opposition half and skinned five French players before firing home with an ice cold finish, a prime reminder of just how good this guy is with a ball at his feet.

What a run. What a finish. pic.twitter.com/sMLNNvAzGv

Sadly, Foden’s amazing strike wasn’t enough to bring home a victory for his team. In a dramatic finale, a red card for Hamza Choudhury and an injury time OG from Aaron Wan-Bissaka saw the Young Lions lose the game 1-2 in heartbreaking circumstances.

The result will sting even more given the peculiar format of the U21 Euros, that means just one group stage runner-up qualifies for the next round.

With England having already suffered defeat, it looks unlikely they’ll top the group and will need results from other groups to go their way to stand any chance of progressing to the semi-final stage as runners up.

Despite the negatives, Foden’s goal – and the whole team’s attacking display – was an exciting sign of what the future holds. This team will come back stronger.