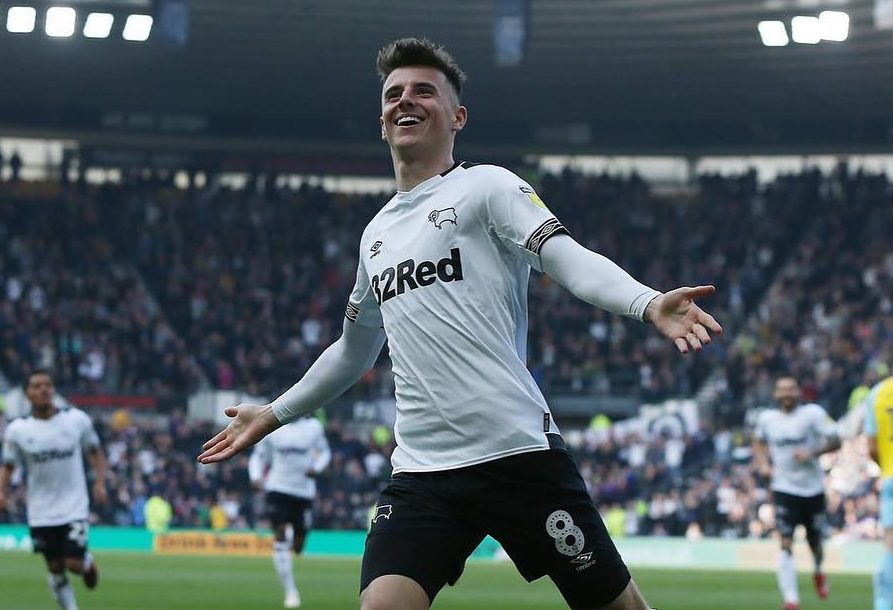 Mason Mount is the latest baller who will be awarded a new long-term contract committing his future to Chelsea, according to reports.

The 20-year-old midfielder has spent the last two seasons on loan at Vitesse and Derby – impressing heavily at both clubs – scoring 25 goals in 83 appearances. As he returns to Chelsea for the upcoming campaign, Mount’s outstanding form is expected to be rewarded with a promotion to the club’s senior squad for the first time.

The arrival of new head coach Frank Lampard – who managed Mount at Derby last season – and a one-year transfer ban at Chelsea provides the perfect climate for a crop of homegrown players to finally get their chance in West London.

According to Goal, Lampard’s arrival has convinced Mount that his future is at Stamford Bridge. Talks over a new long-term contract with the club are already underway, and he’s set to follow Callum Hudson-Odoi and Ruben Loftus-Cheek as part of a small core of Chelsea-raised players who will lead the Blues into a bold new era.

Tammy Abraham is another man who is backing himself to take the Premier League by storm in 2019/20, and you can read our exclusive interview with him here.