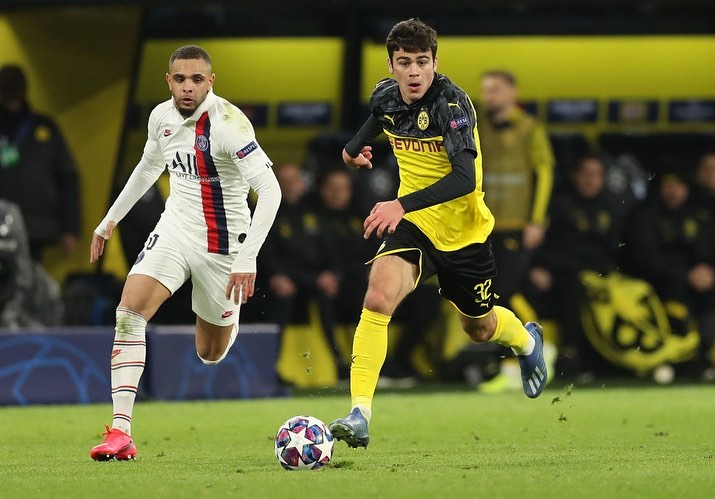 17-year-old Dortmund sensation Giovanni Reyna is being watched closely by England and could choose to represent the Three Lions at international level.

The Sunderland-born attacking midfielder recently broke into Borussia Dortmund’s first team and has played in all of their eight games since making his debut on January 18. Reyna recently became the youngest goalscorer in German Cup history with a stunning effort against Werder Bremen and assisted Erling Haaland for his wonder goal against PSG in last week’s Champions League games.

While it’s clear his future for both club and country is set to be massive, Reyna is still yet to decide which country he will represent at senior level. While Reyna has represented the USA at U15, U16 and U17 level, David Ornstein at The Athletic has learnt that the English Football Association are making steps to potentially bring him under their flag in the future.

Reyna was born in Sunderland in 2002 while his father Claudio played for the Black Cats, and a transfer to Manchester City kept the family in Britain until 2007, when they moved to the United States.

Whoever secures Reyna’s services are getting one of the hottest prospects in world football, with every game showcasing that the young prodigy is going straight to the top.

In other young baller news, Ianis Hagi balled out and bagged a crucial brace in Rangers’ 3-2 Europa League comeback win.