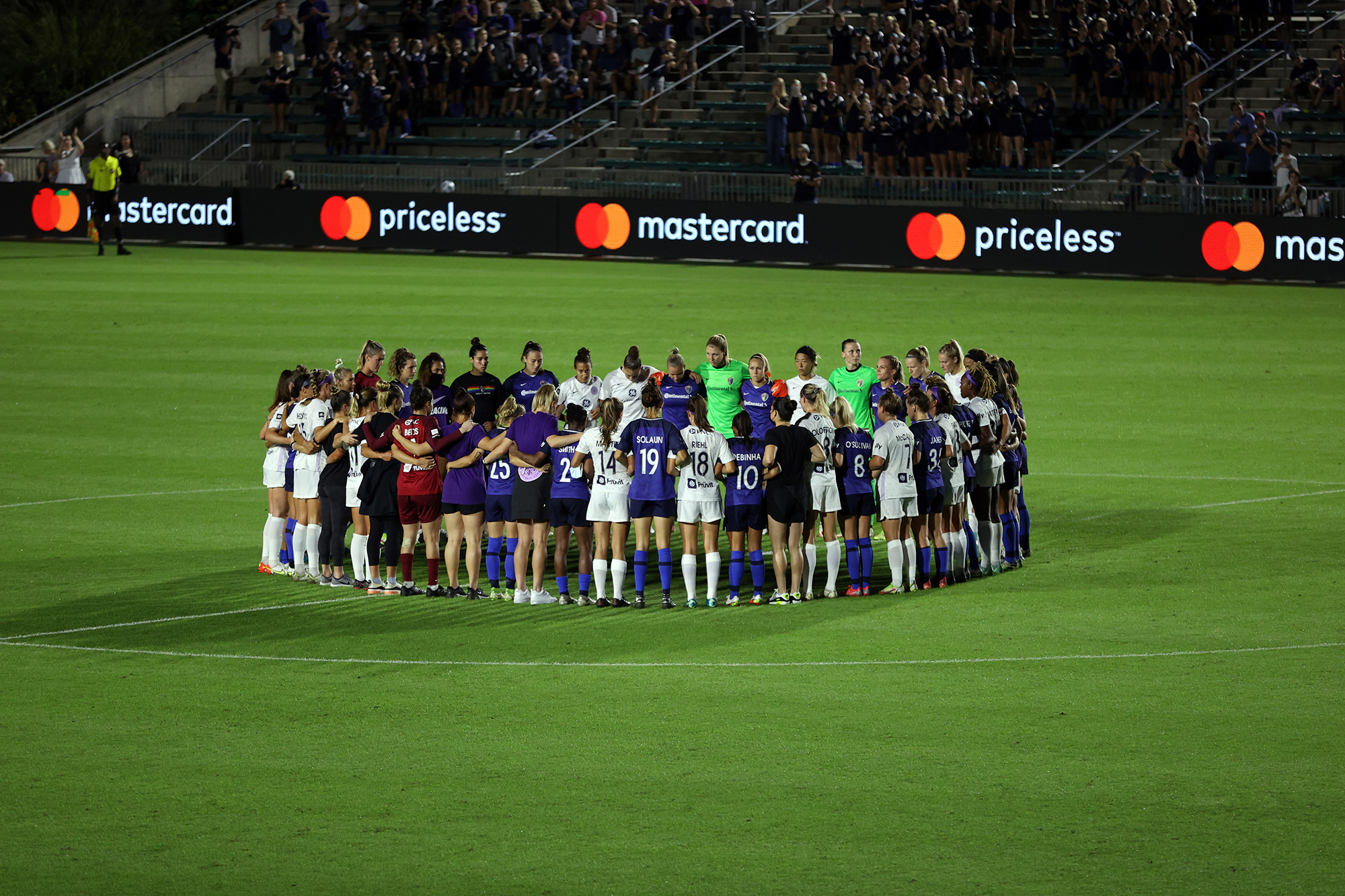 CARY, NC - OCTOBER 6: Players stop the game for a huddle in the sixth minute during a game between Racing Louisville FC and North Carolina Courage at Sahlen's Stadium at WakeMed Soccer Park on October 6, 2021 in Cary, North Carolina. (Photo by Andrew Mead/ISI Photos/Getty Images)

The National Women’s Soccer League returned to play last night after last weekend’s games were suspended, with teams across the NWSL halting play in acts of solidarity with players who have recently made sexual misconduct allegations against a coach.

Thorns announced yesterday their decision to place General Manager Gavin Wilkinson on administrative leave, who worked with Riley at the time of his tenure. They have also apologised for their lack of transparency after receiving a complaint about Riley in 2015 by former player Mana Shim.

The league was briefly suspended after the resignation of League Commissioner Lisa Baird, and last night’s games were paused in the sixth minute as teams met in the middle of the pitch to link arms. 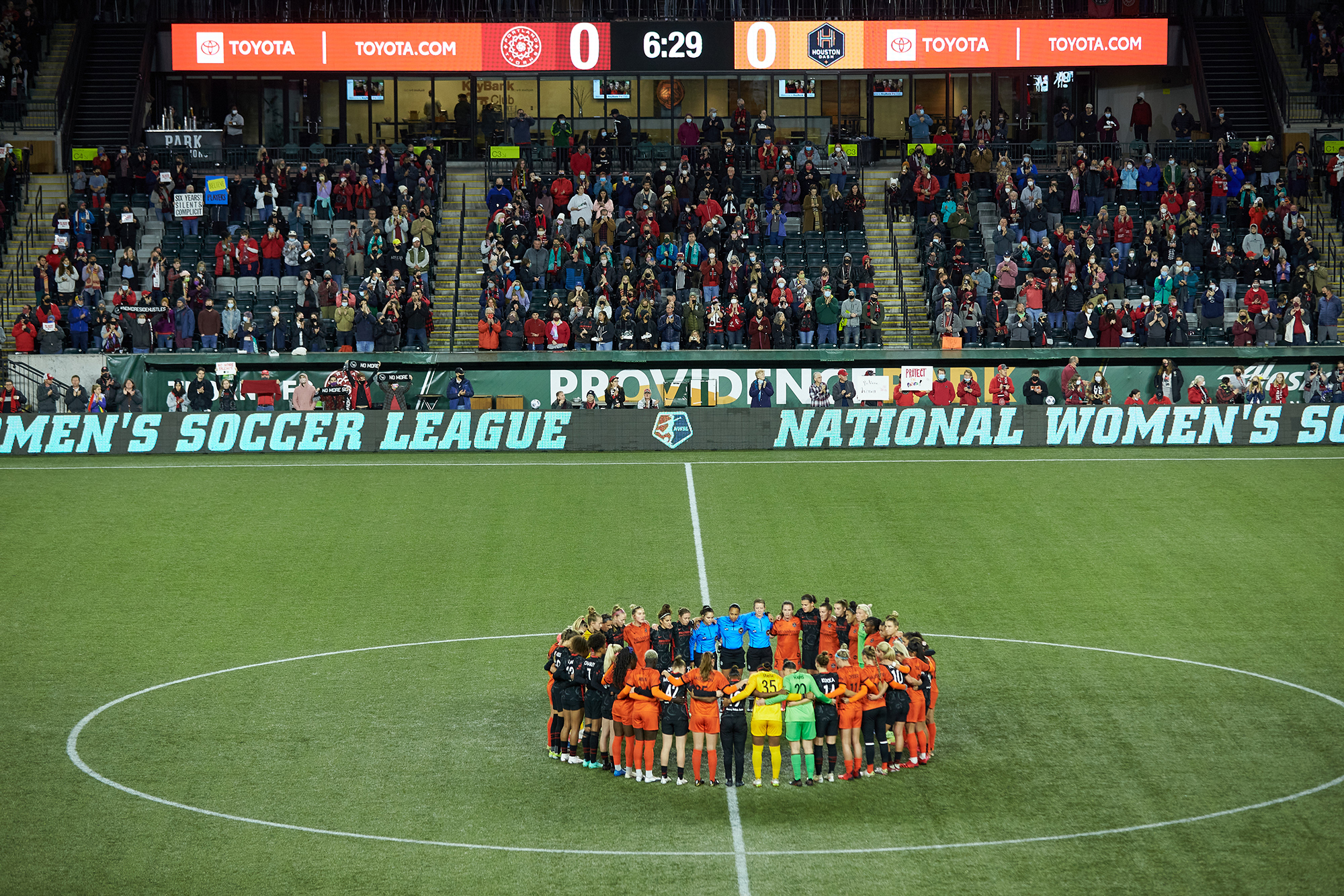 The NWSL Players’ Association released a statement explaining players’ decisions to carry out the poignant demonstration:

“Players will join together in solidarity at the centre circle for one minute in recognition of the six years it took for Mana [Shim], Sinead [Farrelly], and all those who fought for too long to be heard.

We call on fans to stand in silence with us. During that time, we ask you to stand in that pain and discomfort with us, as we consider what too many of us have been asked to sit with for too long.

We call on you to consider, in that minute, what is demanded of each of us to reclaim our league and our sport.”

An act of incredible strength and courage, but one that also highlights players’ determination to not let anyone else experience the sheer and utter heartache they’ve endured as women working in a male dominated space.

The NWSL, US Soccer and world football governing body FIFA are to conduct separate investigations into the allegations. 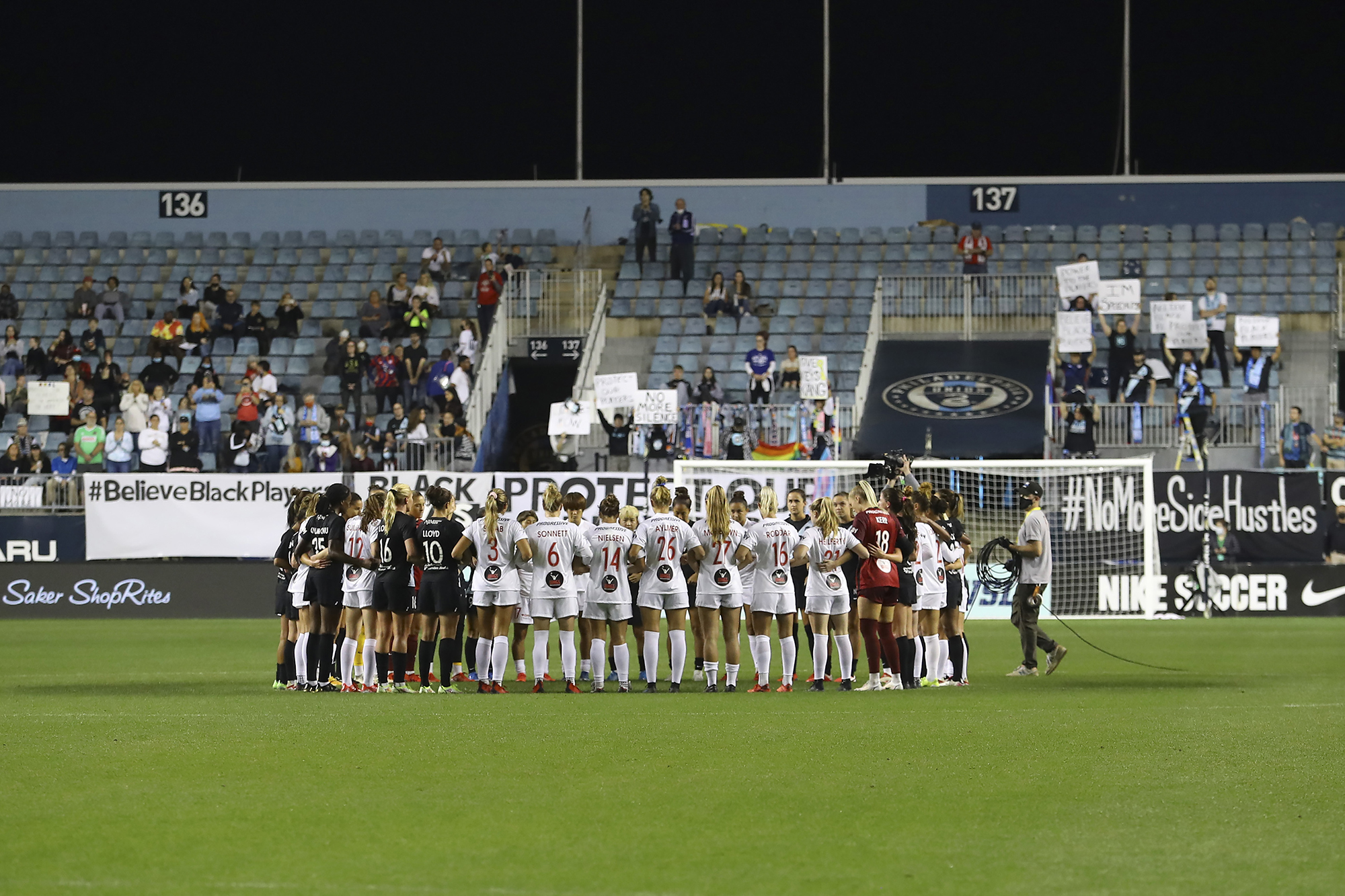